Much ink has been spilled on the recent World Vision debacle: the capitulation to the homosexual agenda, and then the abrupt about-face. As to the back-down, many are still asking if this was mostly motivated by genuine repentance or mere damage control. One suspects it may have been a bit of each.

As I wrote elsewhere, we can thank God and WV that they did bow to public pressure, and did admit to their grievous mistake. But we can learn some other lessons from all this as well. Sadly, there was lots of sloppy Christian thinking that emerged over this episode.

For example, simply calling WV out on this got some believers all upset. Consider this doozie that I received elsewhere for example: “Jesus is Love. OUR involvement in all of this, to be hands and feet, is to deliver the MESSAGE, and to Love those we encounter. Discrimination and legalism have no place in that.” 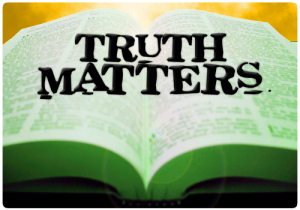 And I have spoken too often before about this worldly, saccharine-sweet concept of love which has no bearing on biblical love at all. It is always the epitome of biblical love to affirm biblical truth and to warn against serious error and apostasy.

Another clear bit of fuzzy thinking by some Christians had to do with the issue of forgiveness. I was told by more than one person that WV apologised, so we must simply forgive them and move on. We are not to “bash them” anymore I was told.

But this misses the point on several levels. It is one thing to forgive an individual, but here of course we are dealing with a massive, global, billion-dollar a year organisation. Millions of Christians (and presumably some non-Christians) are giving this organisation lots of money.

Thus WV needs to be fully accountable here, just like any other public body dealing with vast sums of money. Those who donate have every right to know exactly how their money is being spent. And if their giving is motivated by biblical concerns, then they have a right to know where the organisation stands on key biblical issues.

So while we certainly should forgive individuals when they offer apologies, things are a bit different when we are talking about global bodies like this. We might forgive the board members for example, but we still have every right to ask WV some ongoing hard questions.

Another matter that came up over all this was the concern that even though many were uneasy about the pro-homosexuality bit, they still wanted to make the case that we must continue supporting WV. The two most commonly-heard remarks from these folks were:

-“I don’t support homosexuality but they are doing a good job otherwise.”
-“Yes, but what about the children?”

Consider what one WV defender threw at me elsewhere: “I think its great that WV recognises that gay christians also want to help feed the poor. This has increased my respect for the organisation and makes me feel proud with my 15 year involvement with them. It saddens me that people prefer to put their theology above a child’s hunger. I think it would also sadden Jesus!”

Just to let you know what sort of “Christian” this guy is, he immediately followed that remark with this one: “Bill Muehlenberg are you a member of the Westboro Church by any chance?” Of course when ugly trolls say that sort of rubbish, I usually just ignore them altogether.

But since his first comment is reflective of far too many rather misguided and clueless Christians, it is worth using that as a representative bit of their thinking. Allow me therefore to offer a few responses to it. The first thing to say is this: What he cavalierly dismisses as mere “theology” is of course nothing other than the express will of God as expressed in his Holy Word concerning human sexuality.

And it is all about whether or not we are going to agree with God or openly rebel against God on such matters of fundamental importance. This idea that ‘people come first’ while theology is meaningless or unimportant betrays a gross perversion of New Testament Christianity. Right belief and right living are both crucial, and if we have flawed doctrine, our ability to help others will suffer as a result.

Is human need important? Of course it is. But the only way we can adequately and decisively address the needs and problems of mankind is to do it God’s way, and not to resist God’s way. Human beings are of course in need of both physical nourishment and spiritual nourishment.

Thus a genuinely Christian aid organisation will both look after the material needs of mankind, but also look after their spiritual needs. To address only the former is to relapse into the old spurious social gospel, where the spiritual truths of the gospel were abandoned, and work was done only on the physical level.

But biblical Christianity must always address both levels. To feed people, only to send them to a lost eternity, is not at all Christlike. Indeed, as Jesus clearly asked, “What does it profit a man if he gains the whole world and loses his own soul?” (Mark 8:36)

So to think that feeding someone while ignoring or rejecting the Word of God is ultimately being helpful and Christian is to fool oneself. And of course it is utter foolishness to think that children won’t be fed if WV is no longer supported by conscientious Christians. There are all sorts of aid organisations – both pagan and Christian.

Needy kids can be helped by plenty of other means, and there are plenty of Bible-honouring and God-fearing aid groups out there who do not abandon the gospel as they meet material needs. And that is exactly what we find not just in the US, but elsewhere.

Consider these remarks from the head of WV Australia: “We don’t engage in proselytism, and we work cooperatively with people of all faiths and those without a faith. In fact World Vision has more Muslim employees than any other NGO in the world, including Muslim NGOs. We strive to serve people everywhere without regard to their race, religion or politics.”

No proselytism?! Muslim employees?! If that is what they want to do, fine. But then they should stop pretending they are primarily a “Christian” organisation. They are acting just like any other pagan organisation in this case. Christians have every right to know how their money is being spent. We are to be good stewards of what God has entrusted to us.

If a group like this is effectively selling out on the gospel – or at least is refusing to even share the gospel with those they are helping – then we need to know about this, and we need to consider whether we may start giving elsewhere.

While we applaud all the good work WV has done over the years in helping children and others, if it wants to have the full support of the Christian community, then it needs to carefully take stock of where it is at. Is it indeed a Christian organisation, boldly and unashamedly proclaiming the whole biblical gospel, or does it just see itself as another aid organisation, with some Christians working for it?

And if it wants to regain the trust of evangelicals especially, then it still needs to answer some hard questions as Michael Brown suggests. Here is just one of them:

In your interview on Monday, with reference to homosexual “marriage,” you challenged the idea that “Scripture is very clear on this issue,” responding with, “Well ask all the theologians and denominations that disagree with that statement.” In contrast, in your statement of repentance, you said, “World Vision U.S. stands firmly on the biblical view of marriage.”

So, what do you actually believe? Many of us are genuinely confused. Are you now saying, “Although some churches may differ on this, we are reaffirming our strong belief that in God’s sight, marriage is the union of one man and one woman, while homosexual practice is always against the law of God, even in the context of monogamous, homosexual unions”?

On Monday did you feel that the biblical definition of marriage was debatable but on Wednesday you decided that this was not the case? If so, what produced such a drastic change? Your clarification here would help to instill greater confidence.

Yes, a very good question indeed. It is up to individual Christians what they now do with WV. Some have already made up their minds and will not be returning to WV. Others might choose to stay and do business with them. But we all should think carefully and prayerfully not just about how we deal with WV, but all Christian organisations.

Asking hard questions is never amiss here. Indeed, it is our Christian duty to do so.

11 Replies to “Clueless Christianity, Fuzzy Thinking, and Some Spiritual Lessons”