The recently passed Religious Freedom Restoration Act in Indiana has unleashed a torrent of hatred, abuse and bullying from the militant homosexual activists. And it has also once again clearly demonstrated why the secular left are the biggest hypocrites around.

The law is pretty clear. As Eric Teetsel writes, “The purpose of the law is straightforward: RFRA requires that laws that inhibit a citizen’s constitutional right to religious free exercise 1) further a compelling government interest; and 2) do so in the least-restrictive means possible.” 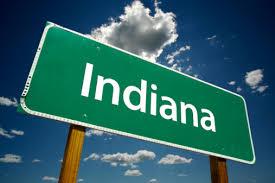 Of interest, the bill, which goes into effect July 1, does not even mention sexual orientation. But the homosexuals and their militant buddies are frothing at the mouth, urging everyone to boycott Indiana because of this “discriminatory” legislation.

For example, “Angie’s List, the online service that provides consumer reviews of service professionals, publicly endorsed anti-Christian bigotry by opposing an Indiana law designed to protect religious liberties and freedoms.” But several dozen states already have such laws, and they are simply meant to allow for religious freedom.

Indeed, this law is basically the same as the 1993 federal RFRA signed into law by President Bill Clinton! It had been passed in the U.S. House unanimously and the Senate 97-3. So why aren’t the homosexualists and secular lefties targeting and boycotting the federal law, as well as all the other states which have similar laws? Hypocrites much?

Plenty of heavyweights have gone ballistic about the law. Tim Cook, chief executive of Apple, wrote a piece in the Washington Post blasting the Indiana law, whining about discrimination against homosexuals. But Apple is more than happy to do business with countries where homosexuals are treated far worse than anywhere in America, countries such as Qatar, Uganda and Nigeria. In some of these places, such as Saudi Arabia, homosexuals can be put to death. Hypocrites much?

As George Will put it: “There’s nothing more tiresome in modern American life than the indignation sweepstakes we get in all the time to see who can be most angry about this and that. Tim Cook … thinks Indiana is a horrible place. He opened marketing and retailing operations in Saudi Arabia two months before a man was sentenced to 450 lashes for being gay. The selective indignation is itself wonderful.”

And those who try to defend the Indiana law are being treated to – yes you got it, discrimination. For example, Ryan Anderson was seeking to explain the reasoning behind the Indiana law when the lefty MSNBC host Ed Schultz actually cut his microphone off! All in the name of acceptance and tolerance of course. Hypocrites much?

Another bit of foolishness, if not hypocrisy, is the way the lefties are claiming that this law is just like the Jim Crow laws which allowed restaurants to refuse to serve blacks. This is sheer nonsense, as Laurie Higgins explains:

The truth is, small business owners have a right to exercise discretion as to what activities they promote or not. Matt Walsh mentions a number of cases of such folks being targeted by the homosexual bullies when they acted according to their consciences. He writes:

In all of these cases, offenders have been threatened, blackmailed, bullied, boycotted, fired, or legally punished for, in the minds of the gay mob, “discriminating.” Also, in all of these cases, not a single gay person was singled out, victimized, persecuted, or otherwise preyed upon for being gay. The bakers and bridal shop owners and florists and t-shirt companies and photographers never once “refused service to gay people.” They refused to participate in activities involving gay people, but they never said, “you are gay so you may not purchase a cupcake in my establishment.”

Ex-homosexual Joe Dallas explains this more fully from a Christian point of view:

I really think, in most cases, those objecting to homosexuality have no interest in discriminating against homosexual people themselves. They have no interest in refusing to serve them, make products for them, or welcome them into their business establishments.
Which is as it should be. Surely it’s wrong for a Christian vendor to deny service to someone simply because of their sexual preference, so the idea of refusing to serve a meal to a gay couple, or declining to rent a hotel room to a gay or lesbian person, is and should be unacceptable.
But that seldom happens, and most Christians wouldn’t want it to. Nor would most Moslems, Jehovah Witnesses, or Mormons, for that matter. When people of faith object, it is normally to an event, not an individual. This needs to be underlined: If and when we discriminate, it is not against individuals, but against practices, ceremonies, or events we cannot in good conscience support.
So Christian bakers generally will be glad to bake a cake for a lesbian woman’s birthday party, or a gay college student’s graduation. After all, birthdays and graduations are inherently good, regardless of who is celebrating them.
But that same baker may well object to lending his talents to an event he finds inherently wrong. If other bakers are available, willing, and in the same general vicinity, then no undue burden is placed on the same-sex couple if the Christian baker declines the job. Many businesses, after all, will be only too happy to get the patronage of couples who the Christian, Muslim, or Mormon businessman could not in good conscience service.

Religious freedom has always been a tremendously important social good in America. All that the Indiana law is doing is following in a long and proud tradition of upholding such liberties. As Michael Farris states,

Indiana is a late-comer to this issue. But, there is an enormous body of precedent for the principle that the Indiana law embodies. Not only do we have the federal RFRA and all of these state counterparts, we have nearly 400 years of American history which boldly proclaims that religious freedom is for all. After all, protection from religious intolerance was in fact a primary motivation for a great many of the early settlers of this continent.
But now there are significant forces in society clamoring against this Indiana legislation because it dares to stand with the principle that religious freedom is for everyone. Many Christians and Muslims believe that same-sex marriages are antithetical to their religious beliefs. And we are long past the issue of whether the government can be coerced by the judiciary to grant marriage licenses for such relationships. We are simply debating whether people can be forced to participate in such ceremonies contrary to their deeply held convictions.
Forcing a Christian photographer to use his craft to record a same-sex wedding is tantamount to forcing a Jewish butcher to slaughter pork to sell such products to people who demand a full-range of service. The leftist forces of “tolerance” are demanding unbending adherence to their doctrinal views of sexual ethics. Those who refuse to comply are being persecuted in what amount to heresy trials under so-called non-discrimination laws.
Religious liberty is a far different concept from religious tolerance. The Toleration Act of William and Mary in 1688, allowed very minor deviations from the orthodoxy of the Church of England. You could differ, but not too much, from the standards of the official church or you would be severely punished. Toleration is a cheap imitation of liberty.
We have to decide whether or not we still believe in liberty.

It’s a pity the forces of tolerance are so very intolerant. Let me conclude with the words of Bryan Fischer:

The real bullies and bigots in Indiana are the pro-gay forces who want to silence and punish Christian business owners. All of this hatred is coming from people who claim that they are all about “live and let live.” Hardly. If you have ever doubted that there is something dark and dangerous driving homosexual activism, just keep your eyes fixed on Indiana this week. What you see will alarm you, disturb you, and perhaps motivate you to do your part to push back against what Bill Maher calls the “gay mafia” before they destroy everything in their path.

I sure hope it does.

13 Replies to “Indiana, Homosexuality and Hypocrisy”