A leading figure in the abortion wars – on both sides – has just passed away. Norma McCorvey was the “Jane Roe” of the 1973 American abortion decision, Roe v Wade. Later she became a Christian and worked tirelessly on behalf of the unborn. She died yesterday at age 69. 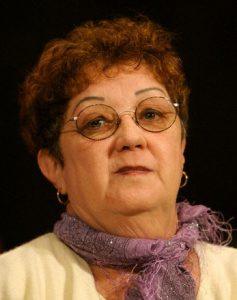 Her famous story has been told countless times. Most would know her for the US abortion case that struck down the laws of all 50 states on abortion. But perhaps not as many know that she later (in 1995) became a Christian and a strong prolifer, and then converted to Catholicism in 1998.

She wrote two books on her life and her amazing turnaround:
I am Roe (with Andy Meisler – HarperCollins, 1995)
Won by Love (with Gary Thomas – Thomas Nelson, 1997)

The Roe v Wade case may be very well known, but many do not know how McCorvey was just a victim in all this. She did not want an abortion, and was simply used by the pro-abort crowd for their own mischievous ends. As Steven Ertelt explains:

McCorvey never wanted an abortion — she was seeking a divorce from her husband — but young, pro-abortion feminist attorney Sarah Weddington used McCorvey’s case as a means of attempting to overturn Texas’ law making most abortions illegal. Weddington took the case all the way to the Supreme Court, which invalidated every pro-life state law in the nation protecting unborn children and the rest is history.

The activists invented the bit about her being raped – it helped to make their pro-death case. But last year McCorvey said this about those early days:

Back in 1973 I was a very confused 21 year old with one child and facing an unplanned pregnancy, The truth be told, I have three daughters and I have never had an abortion. Upon knowing God, I realized that my case, which legalized abortion on demand, was the biggest mistake of my life. You see, abortion has eliminated 50 million innocent babies in the U.S. alone since 1973. Abortion scars an untold number of post-abortive mothers, fathers, and families too. You read about me in history books, but now I’m dedicated to spreading the truth about preserving the dignity of all human life from natural conception to natural death.

In the book Won by Love she explains her change of heart on abortion:

I was sitting in O.R.’s offices when I noticed a fetal development poster. The progression was so obvious, the eyes were so sweet. It hurt my heart, just looking at them. I ran outside and finally, it dawned on me. ‘Norma’, I said to myself, ‘They’re right’. I had worked with pregnant women for years. I had been through three pregnancies and deliveries myself. I should have known. Yet something in that poster made me lose my breath. I kept seeing the picture of that tiny, 10-week-old embryo, and I said to myself, that’s a baby! It’s as if blinders just fell off my eyes and I suddenly understood the truth—that’s a baby!
I felt crushed under the truth of this realization. I had to face up to the awful reality. Abortion wasn’t about ‘products of conception’. It wasn’t about ‘missed periods’. It was about children being killed in their mother’s wombs. All those years I was wrong. Signing that affidavit, I was wrong. Working in an abortion clinic, I was wrong. No more of this first trimester, second trimester, third trimester stuff. Abortion—at any point—was wrong. It was so clear. Painfully clear.

And she said more about why she left the abortion industry:

One clinic where I worked in 1995 was typical: light fixtures and plaster falling from the ceiling; rat droppings over the sinks; backed up sinks; and blood splattered on the walls. But the most distressing room in the facility was the ‘parts room’. Aborted babies were stored here. There were dead babies and baby parts stacked like cord wood. Some of the babies made it into buckets and others did not…. The stench was horrible. Plastic bags full of baby parts, little tiny hands and feet visible through the jars, frozen in blood.

She worked tirelessly over the past few decades to undo all the harm that the 1973 court ruling had caused, and sought to see it overturned. Interestingly, all three of the main players in the pro-abortion cause have had turnarounds. In addition to McCorvey there are two other key players. As Rev. Flip Benham, former National Director of Operation Rescue and Operation Save America explains:

The three people most instrumental in ushering us into the era of Roe v. Wade, Dr. Barnard Nathanson (founder of NARAL), Sandra Cano (Jane Doe of Doe v. Bolton), and Norma McCorvey (Jane Roe of Roe v. Wade), are now all in the great cloud of witnesses cheering us on as we continue to fight for the lives of our Lord’s precious preborn babies. All three lied or were lied to, to give us this damnable law. All three were sinners saved by grace through faith in Jesus Christ. All three, in their Christian years, did their very best to undo the lies that gave us Roe v. Wade. All three are today more alive than they have ever been. All three have run their lap of the race. It is our turn now! Good night for now Miss Norma – we will see you in the morning!

A few further testimonies (of many) can be mentioned here. Operation Rescue President Troy Newman made this statement:

I am deeply saddened at the loss of our dear friend Norma McCorvey. She spent the better part of the last 25 years working to undo the terrible Supreme Court decision that bears her name. Her work was not in vain. Norma became an inspiration for so many, and we at Operation Rescue work every day to achieve her goal of ending abortion in America.

The founder of Operation Rescue, Randall Terry, said this:

The first time Norma and I met was at an Operation Rescue event in the early 1990s in California. Norma was with the pro-choice crowd, screaming at me and blowing a whistle in my ear. After her conversion to Christ, we became close personal friends, spending much time together over a 15 year period. She stayed as our guest in our home for nearly a month on one occasion. On other occasions, we travelled around the country for various pro-life events, or just hung out with friends, shooting pool. (She was a closet pool shark.)
She was a tough, Texas woman, who did not take crap from anyone. She would call someone a liar or a damn fool to their face. She never wavered in her repudiation of Roe vs. Wade, and the subsequent death of millions of innocent babies.

Her conversion to Christianity lifted the veil hiding the lie at the heart of Roe v Wade and awakened her to the truth that a pre-born child is in fact a person and deserves constitutional protection. She is proof that God changes hearts and makes people aware that slaughtering innocent children is evil and must be ended,

Yes God certainly does change hearts. Many more hearts need to be changed on this issue, but it is great to see how we can all be won by love, and not hardened by death.