On a regular basis, sadly, I find myself in debates with fellow believers who seem woefully clueless as to the biblical worldview. They seem to just regurgitate pagan thinking, beliefs and practice, yet still somehow think they are being good Christians. 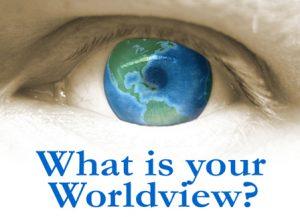 Too many Christians simply think and act like those in the surrounding culture, and they seem blissfully unaware that they really should not be doing this. But I am not alone in seeing such worldly Christianity out there – unfortunately researchers keep finding the same thing. Let me discuss one of the latest bits of research on this.

Summit Ministries started in America in 1962 and was led for nearly fifty years by David Noebel, a champion in worldview studies. It has been the premier worldview course in the US with tens of thousands of young people profoundly impacted by it over the years.

And George Barna has been engaged in Christian research for almost as long, gauging the state of play of American Christianity. Now Summit and Barna have teamed up to measure just how much of a biblical worldview American Christians actually have. Sadly, the findings are not very encouraging.

A quick overview of the findings has shown that among practicing Christians:

Wow, that does not sound very good. But first a word about how the research was gathered. The researchers say this:

Research with practicing Christians (who go to church at least monthly and consider their faith very important in their life) included 1,456 web-based surveys conducted among a representative sample of adults over the age of 18 in each of the 50 United States. The survey was conducted in March 2017. The sampling error for this study is plus or minus 2.4%, at the 95% confidence level. Minimal statistical weighting was used to calibrate the sample to known population percentages in relation to demographic variables.
1Barna has tracked beliefs that make up a “biblical worldview” since 1995, with the data included in this article (17% of practicing Christians have a biblical worldview) coming from an OmniPoll conducted in an online study of 1,066 U.S. adults in July of 2015. Barna defines “biblical worldview” as believing that absolute moral truth exists; the Bible is totally accurate in all of the principles it teaches; Satan is considered to be a real being or force, not merely symbolic; a person cannot earn their way into Heaven by trying to be good or do good works; Jesus Christ lived a sinless life on earth; and God is the all-knowing, all-powerful creator of the world who still rules the universe today.

So let’s look at the findings a bit more closely. Consider the issue of the “New Spirituality”. This would include things like the New Age Movement, alternative religions, such as Eastern religions, as well as various aberrant Christian teachings. Here is what the researchers said about their findings:

While practicing Christians have long tended to hold a range of views regarding politics, economics and the like, the research results were also quite worrying in terms of all those flirting with or adhering to the tenets of Marxism. The authors found this:

Marxism as a worldview stands in opposition to the economics of capitalism and falls more in line with socialist or communist political ideologies. Marxism, though, is also founded on an irreligious—or even religiously hostile—foundation. Though not a single practicing Christian says they would actually vote for a communist party candidate (0%) and only 3 percent for the socialist party, some of the key economic and political tenets of a Marxist worldview are supported by practicing Christians, though less so than other worldviews.
For instance, only one in nine (11%) strongly agree that “private property encourages greed and envy.” This is more pronounced among practicing Christian Millennials (20%) and Gen-Xers (22%), who are four to six times as likely to believe this when compared to Boomers (4%) or Elders (5%). For socialists, reigning in greed is the purview of the state, and 14 percent of practicing Christians strongly agree that “the government, rather than individuals, should control as much of the resources as necessary to ensure that everyone gets their fair share.”
In total, Barna found that 36 percent of practicing Christians embraced at least one of the Marxist statements assessed in the research.

The idea that there is no real objective truth is a key tenet of postmodernism, not biblical Christianity. Yet incredibly it seems that many practicing Christians have abandoned biblical absolutes for the relativism of postmodernism:

By way of summary the researchers say this about their findings:

“This research really crystalizes what Barna has been tracking in our country as an ongoing shift away from Christianity as the basis for a shared worldview. We have observed and reported on increasing pluralism, relativism and moral decline among Americans and even in the Church. Nevertheless, it is striking how pervasive some of these beliefs are among people who are actively engaged in the Christian faith,” Brooke Hempell, senior vice president of research for Barna, says.
“What stood out most to us was how stark the shift was between the Boomer and Gen-Xer generations,” Hempell remarks. “We expected Millennials to be most influenced by other worldviews, but the most dramatic increase in support for these ideals occurs with the generation before them. It’s no surprise, then, that the impact we see today in our social fabric is so pervasive, given that these ideas have been taking root for two generations.
“The challenge with competing worldviews is that there are fragments of similarities to some Christian teachings, and some may recognize and latch on to these ideas, not realizing they are distortions of biblical truths. The call for the Church, and its teachers and thinkers, is to help Christians dissect popular beliefs before allowing them to settle in their own ideology,” Hempell says. “Informed thinking is essential to developing and maintaining a healthy biblical worldview and faith as well as being able to have productive dialogue with those who espouse other beliefs.”

Orthodoxy – right thinking about God – is essential for the Christian. Yes as this research shows, plenty of Christians are not really thinking at all, let alone thinking rightly. Throughout Scripture we are told about the importance of right belief and right teaching.

And believers are also told not to let the world shape our thinking. As Paul put it in Romans 12:2: “Do not conform to the pattern of this world, but be transformed by the renewing of your mind. Then you will be able to test and approve what God’s will is—his good, pleasing and perfect will.”

Yet sadly far too many Christians are doing just what Paul warned against. They are thinking just like pagans, and wondering why they have so little impact and influence on the surrounding culture. But if we think and act just like the world does, how can we expect to change it?

Let me conclude with a few brief quotes from some important Christian thinkers who certainly saw the vital importance of the Christian worldview. First, two quotes from Charles Colson:

“The world is divided not so much by geographic boundaries as by religious and cultural traditions, by people’s most deeply held beliefs – by worldviews.”

“The church’s singular failure in recent decades has been the failure to see Christianity as a life system, or worldview, that governs every area of existence.”

And as Francis Schaeffer reminds us, we need both orthopraxis as well as orthodoxy:

“As Christians we are not only to know the right worldview, the worldview that tells us the truth of what is, but consciously to act upon that worldview so as to influence society in all its parts and facets across the whole spectrum of life, as much as we can.”

12 Replies to “The Collapsing Christian Worldview”