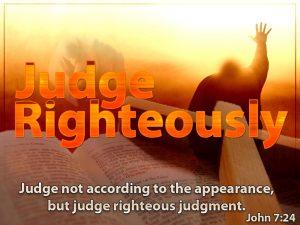 Of course the same confused Christians who say these things also tend to insist that we can’t judge other Christians either. They have fallen hook, line and sinker for the world’s lies about such things as “tolerance” and “love” and so on. They either reject biblical truth on these matters or they have never studied God’s word in the first place to find out what he says about these things.

So they just slavishly go along with what the world has to offer, and blindly regurgitate all the lies of the spirit of the age. That is why the church keeps losing: Christians who know next to nothing about their own faith, but seemingly know all about what the world – which is at enmity with God – believes and promotes.

All three of these matters mentioned in my opening sentence I have dealt with before on numerous occasions. The first two points for example are covered in articles such as this: billmuehlenberg.com/2015/07/20/are-christians-forcing-their-morality-on-others/

As I said there, we need to think much more carefully about things like unbelievers and their relationship to biblical morality. I wrote in part:

-The Bible is full of words of judgment, not just to God’s people, but to unbelievers as well. For example, there are numerous chapters from the prophets devoted to pagan nations. Yahweh judges them for the same sins as Israel, he uses the same language, and he offers the same penalties.

-It never occurred to Yahweh, like it does to these trendy lefty Christians, that his eternal moral standards are somehow not applicable to all people. He always held everyone – whether part of his covenant community or not – up to his unchanging moral standards.

-The idea that if a person is not a Christian he can live like the devil is unbiblical. It is wrong for everyone, not just Christians, to cheat on their taxes. You do not need the Holy Spirit residing within you to know that tax avoidance is wrong, and to do the right thing.

The OT prophets had no problems at all in seeing the law and morality of God as being binding on all people. As John Goldingay puts it in his 2014 volume, The Theology of the Book of Isaiah (IVP):

Like Amos in his condemnation of the nations surrounding Ephraim (and like Paul in Romans), Isaiah assumes that nations have an inbuilt knowledge of their relationship to God, their subordination to God and their responsibility to God, and an inbuilt knowledge of what counts as right ways of behavior. They don’t need a special revelation concerning the basics of right and wrong. If they ignore that knowledge and simply do as they wish, they are responsible for their actions and may pay for them. Although it has unwittingly implemented Yahweh’s will, Assyria will pay for the fact that its motivation lay in a different direction.

But critics will say that the OT does not count, and in the NT we are just supposed to be nice to everyone and not judge anyone. But actually reading the NT quickly dispels these dodgy notions. Recall how John the Baptist was not afraid to take on the authorities of his day. He even rebuked Herod, the pro-Roman king of the Jews.

Because he challenged the king over his sex life (that is, for divorcing his wife), he was beheaded. Given that Herod, like the Scribes and Pharisees, were mainly only nominally God’s people, they can be looked upon as unbelievers. Yet God’s servants were not afraid to call them out for their sins.

And Jesus himself is the judge of the nations as we read about in the book of Revelation. God will hold all the pagan nations accountable, and they will be judged by God through his Son. However, there is always one passage that the critics will whip out at this point.

They will appeal to 1 Corinthians 5:12-13 as if this is the last word on the matter. It says this: “For what have I to do with judging outsiders? Is it not those inside the church whom you are to judge? God judges those outside. ‘Purge the evil person from among you’.”

But all we need to do is read these verses in context. The chapter is all about the idea of excommunication, or kicking a sinning (incestuous) brother out of the church. Such a punishment was a serious matter for a Jew in the OT, and for those claiming to be Christians in the NT.

But such actions would mean nothing to non-Christians. Therefore these two verses have nothing to do with believers not being able to rebuke and judge non-believers and their evil behaviours. We simply cannot apply the same sort of church discipline to them as we can to believers.

But I discuss this passage in detail elsewhere: billmuehlenberg.com/2015/03/24/difficult-bible-passages-1-corinthians-512-13/

Let me quote part of what I said there:

As David Garland comments, “The context implies that ‘to judge’ (5:3) involves formally condemning someone and taking disciplinary action. It does not mean that the church should refrain from prophetic judgment of its society (cf. Rom. 1:18-32).”

Or as Gordon Fee comments: “The passage by no means intends that the church should not speak prophetically to the world, ‘judging’ it for its injustices and unrighteousness. That is why God will eventually judge it, after all. The prophetic warning of God’s always imminent judgment must ever be a part of the church’s proclamation. This sentence has to do with not judging the world in the way they are to judge the incestuous man. In that sense the church has nothing to do with the world.”

Anthony Thiselton puts it this way: “It is not for the church to try to impose its corporate house rules upon [those outside]. This does not imply that the church should keep silent about what God has ordained for the welfare of humanity. But it places its imposition of ‘rules of conduct’ for the internal affairs of the church and the eternal affairs of the world on a different footing. Against the laissez-faire, consumerist culture of today, Paul asserts that to become part of the Christian community is explicitly to place oneself under the discipline of a Christian lifestyle.”

Finney and others were right to speak out against the evils of the slave trade. Wilberforce was right to judge the pagan slave owners. Martin Luther King Jr was right to judge both Christian and non-Christian racists. We are all called to stand up for righteousness in the public arena. This passage is not at all saying that we should not….

Moreover, just because a person is not a Christian does not mean that we cannot speak to them about righteousness, what is right and wrong, etc. A pagan is expected not to run a red light just as much as a Christian is. We expect non-believers to realise that murder is wrong, or theft, or lying, and so on. Being a non-Christian does not exempt people from right and wrong, and what is expected of them.

So once again, what this passage is most definitely not telling us is that we can never judge, rebuke or warn the non-Christian. It simply tells us that the process of church discipline which is so very vital in the church is obviously not applicable to those outside the church.

So the next time you hear some Christian throwing this passage your way and insisting you cannot judge anyone outside of the church, tell them to do their homework and read their Bibles. We have a biblical obligation to speak truth to everyone. Remember that Jeremiah for example was called to be a “prophet to the nations” (Jer. 1:5).

But if some of these Christian critics had their way, Jeremiah would never have launched his work. Indeed, there would be no such thing as a prophetic ministry. And all of the great prophetic voices of more recent times – be they a Wilberforce or a Bonhoeffer – would have been hindered from doing what they did.

“You can’t be so judgmental.” “It is not our job to judge others.” “We should just love people and leave the rest up to God.” “We can’t be so intolerant and narrow-minded.” Thankfully all the prophets – old and new – refused to heed this false counsel, and spoke out regardless of the critics.

And we need to do just the same. And just moments ago I noticed someone else saying much the same thing. A piece just out by Matt Walsh is worth quoting from as I conclude this piece. He writes:

John the Baptist was not afraid to call a sin by its name, no matter the audience, and no matter what he risked losing in the process. So he told Herod that it was a sin for him to divorce his wife and take his brother’s wife. For this, he was imprisoned and eventually beheaded.

He died because he denounced immorality. Not just any immorality but sexual immorality. You might say — and most American Christians probably would say — that it was “none of his business” and he shouldn’t have been so “judgmental.” Love is love, after all. If Herod wanted to get rid of his wife and commit adultery with his brother’s wife, so what? Why should John the Baptist have any opinion on the matter? Live and let live, John. Take it easy!

But he saw it differently. He viewed sin as something vile and toxic; something that harms not only the one who engages in it but also anyone who might come in contact with it. From John’s perspective, sin had to be identified, condemned, and torn up from by the roots wherever it was found. He was a man of extreme intolerance. He was also, according to Jesus Christ, the greatest mortal man to ever live. That would seem to be a rather ringing endorsement of John’s intolerant approach.

It is useful, then, to compare his attitude to that of the spineless, gutless jellyfish who call themselves “Christian” in the West today….

7 Replies to ““But We Can’t Judge Unbelievers!””