Yesterday the new cabinet of Prime Minister Scott Morrison was announced. It was a mixed bag, but given that such appointments are often as much about pandering to various factional interests as getting the right people into the right positions, it was probably to be expected.

The positions and those who fill them in the new cabinet are these: 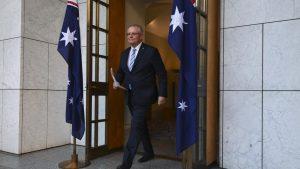 Conservatives will of course be rather disappointed. Not only were some rather unhelpful lefties given key positions such as Marise Payne and Christopher Pyne, but plenty of solid conservatives were left out altogether, such as Tony Abbott, Kevin Andrews, Andrew Hastie and Michael Sukkar.

Yes, Peter Dutton got in along with some other conservatives, like Tehan and Taylor, but it is still a somewhat disappointing team. Again, appeasing various groups and seeking some sort of balance in Party factionalism is always a consideration here.

As I said in my last piece on Morrison, some amount of compromise always takes place in politics – for good or ill. But some questions remain. Why do we still have a “Minister for Women”? Why no Minister for Men, or better yet, Minister for the [Traditional] Family? And just what exactly does a “Minister for Visual Information” do?

Some conservatives have had a somewhat different take on this. Andrew Bolt for example sees it as a clever move, all things considered. He believes that conservative concerns will still be catered for, and the unity of the Party will more easily be facilitated: www.heraldsun.com.au/blogs/andrew-bolt/morrison-divides-conservatives-conquers/news-story/695efaec846cb74c600b58c58b8ad2b7

Other conservatives have said that the lefties had to be added, otherwise they might resign, forcing more byelections and a possible loss of the government’s slim majority. Yes that is indeed possible. But we are assuming Pyne and others would have called it quits if they did not get a cushy cabinet position. And recall that Julie Bishop resigned before the new cabinet was even announced.

But I guess we should be thankful for small mercies. At least we don’t have a “Climate Change Minister”. Instead, we have a “Minister for Energy” – or as Morrison put it, a “minister for reducing electricity prices”. That I can live with. And it was nice to see Morrison being sworn in with a Bible and not a Koran, as a few MPs have done of late!

All up, we are left with the new cabinet whether we like it or not, and my advice from my last two articles still stands: we need to pray for Morrison and the new government. What may not look too hot in human eyes may be something better in the divine mind. Time will tell how it all pans out.

One thing I do want to draw your attention to is a new petition making the rounds. It did come out before the cabinet was announced, and it may now be too late to even consider. But who knows, there still might be a place for it. I refer to the suggestion that a new cabinet position/ministry be created, with a strong conservative to fill it.

And that is Kevin Andrews to become our first Minister for Human and Religious Rights. The change.org petition already has some 3000 signatures. It reads as follows:

The new Prime Minister has an opportunity to address some of the significant threats to human and religious rights that the previous administration presided over. These threats include:
-The rights of parents with respect to education and children’s welfare.
-Respecting educational institutions’ right to manage their affairs according to the philosophy by which they were founded.
-Responding to the Ruddock Review post the redefining of marriage.

Kevin Andrews has been a tireless advocate for the protection of human rights and Religious Freedom. Australia has no formal religious rights protections in legislation, only what is accepted and respected out of tradition. Now there are concerted attacks on these freedoms. The Prime Minister should appoint Kevin Andrews to his new Ministry to advocate on behalf of people feeling threatened in this current climate.

As mentioned, it may now be a bit after the fact with Morrison so quickly naming his new cabinet. But places and positions and personnel keep changing in cabinet, so there may be a case to urge the formation of such a new position. Thus I urge you to go to the site, have a read, and sign the petition.

Anything we can come up with that will help stem the flow of the radical secular left agenda sweeping the land might be a good thing and worth trying. In addition to signing and sharing the petition, why not contact your Federal Members, especially the Coalition ones, and ask them to consider the creation of such a new ministry?

The threat to religious freedom continues to grow by the day in Australia, and something like this might be of some help in slowing things down a bit or maybe even reversing some bad trends. The site is here: www.change.org/p/scott-morrison-kevin-andrews-for-minister-for-human-and-religious-rights

16 Replies to “Time For a Minister For Human and Religious Rights?”