Rand Paul’s new book on socialism is a must read:

Today there are far too many Westerners – including politicians, opinion-makers and leaders – who are seemingly oblivious to the historical record concerning socialism. Sadly we have people like Jeremy Corbyn in the UK and Bernie Sanders and Alexandria Ocasio-Cortez in the US singing its praises. They desperately need some education on the issue.

Thus the importance of this brand-new book by the US Senator from Kentucky. It is a helpful expose of the failure that is socialism – in theory, and especially in practice. In 40 short but highly informative chapters Paul makes his case.

It should be pointed out at the outset that Paul is a committed libertarian. I am not. Therefore we differ on some matters. But we are basically at one when it comes to this book and its contents. Ignorance about the real nature of socialism is exceedingly harmful.

In the introduction he explains why this book is necessary: 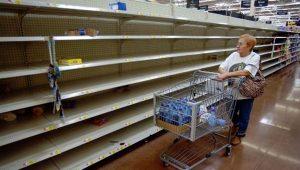 Paul demonstrates how socialism always becomes authoritarian, and only fully comes about by the coercive power of the state: “Unless you imagine a voluntary revolution where all owners of industry or commerce give up their wealth to the state, you have to acknowledge that state ownership of the means of production can only occur at the end of a truncheon. Around the world, time and time again, strongmen have come to power promising the free stuff of socialism, only to succumb to the siren song of power.”

It is like a broken record: when socialists overthrow authoritarian regimes, they end up becoming just the same – or worse. Think of Cuba where Castro replaced Batista; Nicaragua, where the Sandinistas replaced Somoza; or Russia where Lenin and Stalin replaced the czars.

“Each time a revolt of the ‘people’ promised the manna of socialism and justice. And each time the result was rule by an elite that degenerated into rule by the few or even by one, often with the democratic title of president but with the ominous title – ‘for life’.”

And remember, Hitler was also a socialist. Says Paul, “National socialism was part and parcel to Nazism from the beginning. In 1920, Hitler first presented the Nazi Party a twenty-five-point plan for national socialism. Most of the plan could be found in any Bolshevik platform except for the racial animus against the Jews.”

The book has a number of chapters on Communist China with plenty of gory and graphic details. But consider Cambodia and Pol Pot. He had studied in France where he “became enamored with Marxism, visited socialist Yugoslavia, and joined the French Communist Party.”

He was intent on fully implementing socialism and the complete abolition of private property in Cambodia: “Of course, it didn’t work. Even after he killed more than a million ‘resisters,’ starvation killed another million or more. Estimates are that the Khmer Rouge may have killed between 13 and 20 percent of the Cambodian population during Pol Pot’s regime.”

Paul also has an interesting chapter on how “Socialism encourages eugenics”. He lists a number of socialists who were infatuated with eugenics, including George Bernard Shaw, Marie Stopes, Margaret Sanger, Harold Laski, J. B. S. Haldane, John Maynard Keynes, and the Fabians Sidney and Beatrice Webb. Says Paul, “Socialism and eugenics are not a historical anomaly but a historical symbiosis that we risk any time we are tempted to accept an ‘ism’ that elevates the collective over the individual.”

He also deals with the various clichés of socialism. ‘Equality’ is one such mantra of the socialists. But in socialism all you get is an equality of misery, poverty and oppression except for those who are calling the shots. And those who complain about the wealthy top 1 percent in capitalism need to understand a few things. In the US “the top 1 percent income earners pay nearly 40 per cent of the total income tax revenue, and the top 10 percent pay almost 70 percent.”

Moreover, socialism also has its elite rich: “Under socialism, you still have one percenters, but they gain their lofty position not through merit but through party nepotism. In socialism, the one percenters are party members or bureaucrats of government planners who gain power not by giving the consumer what they want but by commanding the consumer to accept what they decree.”

Socialism makes the masses equally poor, while the free market allows anyone to climb out of poverty. Paul quotes Thomas Sowell: “None of the Marxist regimes around the world has ever had as high a standard of living for working people as there is in many capitalist countries.”

He also covers the myth of Scandinavian socialism. These countries are basically free-market economies with a large welfare state component. “Nordic countries generally don’t have state-enforced minimum wages. Not only are the Scandinavian countries largely free of consumer price controls, but they also largely lack governmental control of minimum wages…. Scandinavian countries typically do have sky-high individual income-tax rates on the middle class, but their corporate taxes have long been lower than American rates.”

Paul also deals with the myth of the great industrialists of the nineteenth century as so-called robber barons. He is worth quoting at length on this:

Those are impressive figures which the advocates of socialism decline to mention. And the story of Venezuela of course gets several chapters in this book. Paul cites one university professor: “I have known the reality of the failure of socialism in my own flesh. And as I live in Venezuela, I want to show that this is an absolute failure always and everywhere. Socialism, whatever form it may take, only brings economic destruction and worsening of the conditions of human life.”

Paul reminds us of the hypocrisy of the spruikers of socialism. Sanders for example is a millionaire. And the Hollywood rich kids who tell us capitalism is evil just need to zip it: Says Paul: “They scold us from their Beverly Hills mansions and private jets. They lecture us through their Juvederm-plumped lips. Perhaps we should send them travel brochures on income equality in Pakistan and Ethiopia. Citizens in those countries enjoy much greater income equality, albeit less access to fine dining and Prada sunglasses.”

He also has chapters on issues such as climate alarmism and the Green New Deal. In his closing chapter he finishes with these words:

I will continue to fight for a free market economy because it is the only system consistent with liberty and the only system that provides greater prosperity and opportunity for all. If your goal is to help the poor become better off, there is no more humanitarian economic system than capitalism…

Those are my hopes as well. Thus I must heartily recommend this book and urge you to get it, read it, and pass it around.

10 Replies to “A Review of The Case Against Socialism. By Rand Paul.”