One can always count on some rather oddly titled articles on this site. But there is in fact a rather useful message to be found here – a gospel message. So let me begin with cats – specifically, Possum, our family cat. She had been unwell for a few days recently. And we nearly went broke in vet bills, including having her stay overnight at the vet.

I can’t imagine a night at the Grand Hyatt or Royal Hilton costing that much. Yikes. She is home now and seems to be doing OK. If she had ended up needing an operation, we might have had to sell the house to pay for it! Pets are not cheap! 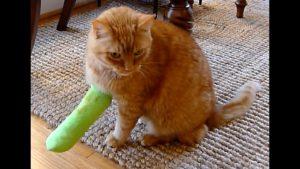 For a few days I spent much of my time walking around with her in my arms to help keep her mind off her misery. She enjoyed that. The things we do for our beloved cats and dogs. All of which got me thinking (it does not take much to get me thinking). I am aware of some people who love pets but will not have them, in part for the very reason I am discussing here. They do not like to see their fav animals suffer in any way, and certainly do not want to see them die.

So some folks think it is best not to have any pets at all – including the joy and blessings they may provide – because the hardships and pains they may undergo are just too much to bear. And people can be like this when it comes to relationships with other people as well.

Some folks avoid any close or intimate relationships – including falling in love – because they are wary of any hurt or pain that may come into the relationship. They may like the positives of such a close relationship, but it seems the negatives far outweigh them, and folks are reluctant to commit.

And some will take this further and refuse to marry. They may know of too many cases of marriages gone bad – perhaps their own parent’s – that they shy away from it. They are fearful of all the possible downsides of a marriage, so are willing to forego all the upsides to it.

All this ran through my mind during the few days when I was helping to look after Possum. But one more thought came into my mind as well about all this. I thought about God, and reminded myself of how amazing it is that God has committed himself to us.

He is more than willing to love us, to woo us, to seek relationship with us. But while we can only GUESS that another person might hurt us or reject us, God KNEW that we ALL would do that to him. He knew even before making us that we would all turn away from him, reject him, disobey him, rebel against him, and tell him to get lost.

What person is there who would do what God has done? If a guy loves a gal and wants to marry her, would he still do it if someone who knows her real well warned against it? Let’s say a former boyfriend or husband comes along and spills the beans. He insists that the gal is utterly untrustworthy, unreliable, and is just in it for the money, and will leave as soon as she strikes it rich.

Would any sensible guy go ahead and marry her? I don’t think so. Yet that is what God has done with us. He knew that we would be unfaithful and would reject him. Yet he took the risk anyway. He understood that some would come around, repent of their sins, and turn to him. So creating mankind was worthwhile, even if so very costly.

And the Bible often speaks to this type of unilateral love, complete with rich illustrations of it. The prophet Hosea had a very graphic and personal revelation of all this. Consider what we find in the first three verses of the book:

The word of the Lord that came to Hosea son of Beeri during the reigns of Uzziah, Jotham, Ahaz and Hezekiah, kings of Judah, and during the reign of Jeroboam son of Jehoash king of Israel: When the Lord began to speak through Hosea, the Lord said to him, “Go, marry a promiscuous woman and have children with her, for like an adulterous wife this land is guilty of unfaithfulness to the Lord.” So he married Gomer daughter of Diblaim, and she conceived and bore him a son.

Wow, imagine that. As a picture of Israel’s unfaithfulness to Yahweh, God tells Hosea to live this out in his own marital relationship. Just as Hosea would have grieved greatly over such things, so too it is a picture of the broken heart of God when his own people reject him.

As I wrote in an earlier article on such matters:

If the book of Hosea is the pinnacle of Old Testament thinking on God’s suffering love, then chapter 11 is the book’s pinnacle. Consider but one verse: “How can I give you up, Ephraim? How can I hand you over, Israel? How can I treat you like Admah? How can I make you like Zeboiim? My heart is changed within me; all my compassion is aroused” (11:8). The pain Hosea experiences is only a mere shadow of the divine heartache. David Hubbard offers this helpful summary:

“The depth of what God feels, as Hosea understands those feelings, can never be separated from the height of who he is. The sharpness of the pain that registers in the divine complaints is directly related to the majesty of the Person who is suffering. . . . Not until Jesus weeps over Jerusalem, endures the betrayal of a disciple, and complains against the withdrawal of the Father, do we see a clearer picture of wounded Majesty.”

Peter Lewis makes a similar observation: “In Hosea’s prophecy and in Hosea’s pain we are going to discover the secret heart of God; his innermost feelings, his profound sorrow and his sovereign grace. Not until the Word becomes flesh will God appear so tender and so vulnerable as in the book of Hosea.”

And Peter Craigie nicely summarises the connection between love and suffering as found in Hosea: “When we say ‘God is love’, we must not say it too glibly, for that fundamental statement carries with it a necessary counterpart: ‘God is suffering’. The love and the suffering are inextricably interrelated: God suffers because he loves and because those whom he loves do not return his love.”

Obviously the clearest and most profound example of how God is involved in our suffering and grief is the crucifixion. In the incarnation God is not only with us, but in the crucifixion he suffers for us, in our place. There is no better example of God taking upon himself our suffering than at the cross. billmuehlenberg.com/2017/04/21/our-wounded-god/

There can be no love without risk taking and possible pain. It goes with the territory. Even our beloved pets can teach us that lesson. Most folks will avoid any kind of commitment if they know a big risk is likely to be involved – be it a business deal, a marriage proposal, or some sort of investment.

Unless they are convinced that the chances are quite low for things to go amiss, they will not get involved in the first place. Not so God. He knew with full assurance just how sour things would turn out if he created mankind. Yet he went ahead with it anyway.

That is amazing love. We can learn some deep lessons from this – even from our pets.

(Note: The pic above is not of our cat – but she had a similar bandage, with a needle and tube thingee hanging out as well.)

3 Replies to “On Cats, Relationships, and Divine Love”