If you want to know of some recommended authors, here is my list of 70:

OK, I may have three strikes going against me in this piece: One, this is a rather subjective exercise – these are some of MY most favoured authors. Two, the means of determining this is all very basic – I am simply going through my library list and finding all the authors that I have ten or more books of! Three, it is just another chance for me to talk about books!

So this is a somewhat self-centred and personal article, but since I am so often asked to recommend books and authors, this is one way to do it. Plus I get to revisit some of my fave authors and savour my collections of their works. 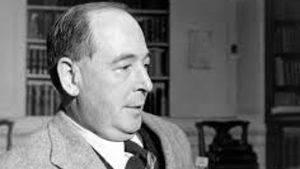 Such a list features many of my all-time favourite writers and thinkers. Some of these authors I may not always fully go along with or agree with, but they are important thinkers or theologians, and worth keeping up with, so I include them as well.

And some of the authors with many titles have not just books of their own, but books they have edited or co-authored with others. So the number of their titles can ramp up here. Also, some authors that I really quite like I may have less than ten books of. If I featured here all my fave authors, regardless of the number of their books I own, this would be a very long list indeed.

Here then are 70 authors that I obviously consider to be worthwhile, since I have at least 10 books from each one. If you want to learn about various authors – mostly evangelical Christians – that one can generally count on to provide reliable and careful thinking on various issues, these are some that I recommend. Each entry features a very brief blurb about their work.

John Ankerberg – 35 titles. Most of these are his booklets on cults, the New Age Movement, and the like, co-authored with John Weldon.

G. C. Berkouwer – 14 titles. The works of the Dutch systematic theologian are still worth getting. His 14-volume Studies in Dogmatics can often be found in some second-hand theological bookshops.

Craig Blomberg – 12 titles. The New Testament scholar has penned numerous vital works over the years, including The Historical Reliability of the Gospels.

Darrell Bock – 14 titles. This is another NT scholar and commentary writer who is worth being aware of. See for example his 2-volume commentary on Luke.

James Montgomery Boice – 46 titles. The pastor and expository preacher has many great books out, including his 5-volume set of sermons on John and a 4-volume set on Romans.

Jerry Bridges – 10 titles. Most noted for his The Pursuit of Holiness, he has a number of other fine titles along these lines.

Michael Brown – 14 titles. The American writer covers a lot of ground, from commentaries and Old Testament studies, to homosexuality, holiness, and a 5-volume set on Jewish evangelism and apologetics.

F. F. Bruce – 20 titles. The NT scholar’s works include a number of fine commentaries along with some important volumes on the New Testament.

William F. Buckley – 16 titles. The American conservative leader and intellectual was one of the main players in the recovery of conservatism last century.

D. A. Carson – 46 titles. The theologian and New Testament scholar has a number of important commentaries and other works out. He is always dependable.

G. K. Chesterton – 30 titles. Who can ignore the great GKC? He is probably one of my all-time favourite authors, and his Orthodoxy probably is my most loved book of his.

Charles Colson – 15 titles. This important Christian thinker, apologist and cultural commentator is always great value. Anything you find by him is worth grabbing.

Mark Dever – 10 titles. The pastor and theologian has various good books out, including a number of volumes on the church.

Millard Erickson – 15 titles. This theologian has written a number of key works, including his systematic theology.

Gordon Fee – 17 titles. This New Testament scholar is always reliable, both in his commentaries and in his other works.

Sinclair Ferguson – 14 titles. He has penned a number of useful volumes from the Puritan and Reformed perspective.

Norman Geisler – 40 titles. The noted apologist and Christian philosopher has always been a tremendous help to students. Sadly, he passed away a few months ago.

John Goldingay – 17 titles. The Old Testament scholar is always a stalwart for fine work in this field. I especially cherish his 3-volume Old Testament Theology.

George Grant – 13 titles. Grant wrote quite a lot earlier on in his career on the culture wars, abortion and the like. His volumes are still worth tracking down.

Douglas Groothuis – 10 titles. The Christian philosopher and apologist is routinely dependable in these areas.

Wayne Grudem – 15 titles. The New Testament scholar and theologian has many great books, including his important systematic theology.

Carl F. H. Henry – 18 titles. The theologian was a mainstay of evangelicalism last century, and his 6-volume set on God, Revelation and Authority is still a classic work.

Michael Horton – 19 titles. The Reformed theologian has written numerous books that are worth getting, including his new 2-volume work on justification.

Walter Kaiser – 17 titles. I continue to appreciate this Old Testament scholar and preacher. His works are well worth getting.

Craig Keener – 15 titles. This is another NT scholar with many key titles, including his massive four-volume commentary on Acts.

Peter Kreeft – 21 titles. The Catholic philosopher and apologist is always great value, one that all Protestants can enjoy in most areas.

C. S. Lewis – 36 titles. The works of the superb Lewis must be in every Christian’s library. Apologetics, theology and children’s stories all flowed effortlessly from his pen.

Martyn Lloyd-Jones – 67 titles. The great Welsh expository preacher is another must-have author. These books include his 14 volumes on Romans, and his 8 on Ephesians.

Tremper Longman – 25 titles. Plenty of solid and worthwhile works on the Old Testament are available from Longman.

Erwin Lutzer – 11 titles. He has done a number of popular level books on various cultural, social, and church issues.

John MacArthur – 13 titles. This pastor and preacher continues to offer solid material on a range of biblical and theological subjects.

Josh McDowell – 17 titles. The well-known Christian apologist has done much to equip ordinary believers in defending their faith.

Alister McGrath – 38 titles. Another prolific author who has covered many fields: theology, church history, the Reformation, science and faith, and apologetics.

Scot McKnight – 11 titles. A New Testament scholar, commentator and theologian worth being aware of.

J. P. Moreland – 16 titles. A leading apologist and Christian philosopher who is worth reading.

Leon Morris – 17 titles. The Australian theologian and commentator produced many quality works, including his volumes on the atonement.

Iain Murray – 16 titles. Theology, biography and church history are some of the topics this author capably covers.

Ronald Nash – 13 titles. A Christian philosopher and theologian whose works have stood the test of time.

Richard John Neuhaus – 13 titles. A Lutheran turned Catholic social commentator and public intellectual who wrote on a wide-array of subjects.

Mark Noll – 10 titles. The American church historian has produced many important books over the decades.

Michael Novak – 18 titles. Another important Catholic thinker like Neuhaus who wrote much on public policy, politics, economics, and social and cultural issues.

Thomas Oden – 10 titles. This theologian is usually worth following. His 4-volume work on Wesley and his theology is top-notch.

J. I. Packer – 28 titles. A champion of Puritan and Reformed thought, his works are always a must-read. Grab whatever you find by him, including his best-selling Knowing God.

David Pawson – 12 titles. The English Bible teacher can be counted on to offer sound and judicious learning on Scripture and theology.

John Piper – 31 titles. An expert in promoting the theology of Jonathan Edwards, he has penned so many vital books that are well worth picking up when you spot them.

Ron Rhodes – 11 titles. His books are mainly on the cults and the New Age Movement, and are all quite good.

R. J. Rushdoony – 10 titles. The Calvinist philosopher and theologian is known as the father of Christian Reconstructionism, or Theonomy. Controversial, but worth reading.

Philip Graham Ryken – 13 titles. This pastor and expository preacher has many of his sermons collected into books in the Preach the Word series. First-class exposition and application.

Francis Schaeffer – 23 titles. Pick up anything you find by this pastor, Christian thinker and apologist. He has had a profound impact on millions of Christians.

Roger Scruton – 15 titles. The English philosopher and conservative is one of the brightest minds around. His works are deep and incisive, and always repay careful reading and study.

Thomas Sowell – 25 titles. The black American economist and social commentator is another author who never disappoints. Anything he has written is well worth getting.

Robert Spencer – 11 titles. Spencer is an expert on Islam, creeping sharia, and terrorism. He is one of the best in the area.

R. C. Sproul – 41 titles. The Reformed pastor, teacher and theologian continuously wrote important and worthwhile books, even if one may not always agree with him in areas.

Charles Spurgeon – 22 titles. The Prince of Preachers should never be missed. His sermons and devotional writings are always excellent.

Sam Storms – 12 titles. Writing from a Reformed and Puritan perspective, Storms has written a number of useful and popular level titles.

John Stott – 25 titles. The great John Stott was one of our finest preachers and teachers, and his many popular-level commentaries should not be missed.

Anthony Thiselton – 10 titles. A theologian, commentator and expert on hermeneutics, his profound works are worth running with, including his massive commentary on 1 Corinthians.

A. W. Tozer – 33 titles. The late great Tozer was one of our finest devotional writers and prophetic voices to the church. His books, essays and sermons are not to be missed.

David Wells – 10 titles. The American theologian and cultural commentator has written a number of incisive and much-needed volumes on social, cultural and theological issues.

N. T. Wright – 46 titles. The noted theologian and NT scholar is among the most prolific of our authors here, with new volumes seemingly appearing every month. He does both popular level works as well as serious academic and scholarly volumes.

By way of tallying things up, Lloyd-Jones leads the way with over 60 books, followed by Wright, Geisler, Carson, Sproul and Boice in the 40s. So if you are on the lookout for good authors – mostly Christian – these are some of the folks that are usually always worth grabbing when you find them.

16 Replies to “Must Read Authors”