Is political and social involvement part of the gospel?

This is not the first time I have written about the two subjects that are not supposed to be mentioned in polite society: politics and religion. And it won’t be the last time either – especially since some folks seem to think the two should have nothing to do with each other. 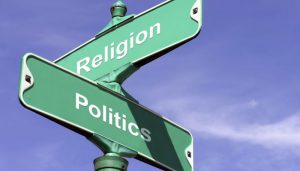 Over the years I have had many believers challenge me, saying I am amiss to be worried about political, social and cultural issues. I should just ‘preach the gospel’ they insist. Or at best, I should talk about ‘Christian’ things and stay away from ‘secular’ topics.

A recent comment to my site is one example of this. The fellow seemed to suggest that I am doing a great job when I talk religion, but not such a good job when my religion intersects with politics. Now I do not know the fellow, so I am assuming he is not some troll, but is well-intentioned and is expressing a genuine concern.

Admittedly, his comment can be taken a few different ways, but let me share here how I would respond to him. And since so many others seem to feel the same way, this is really a generic reply to all those who have such thoughts. What follows is his comment, and my more generalised response.

“Bill, your web-site is an outstanding source of Christian commentary, but I feel that it loses substantial focus when you move from the gospel to other domains, especially the political.”

Thanks ****. Your comment is similar to what I often get, so let me give a rather generic response. Mind you, I have written often on such matters before, so I am really repeating myself here. But some of those earlier articles that are worth reading include these:

My answer somewhat depends on what you mean by saying that my site “loses substantial focus when you move from the gospel to other domains, especially the political.” If you simply mean I am less clear and focused in my political commentary than in my religious writing, we could discuss that. But hopefully my clarity and focus remain the same whatever I am writing about.

But it may be more likely that you mean something like this: ‘When you do this, you are heading down the wrong path and you should only concentrate on “gospel” issues.’ If that is what you mean, then I would have a few things to say in response. The main thing would be this: just what do you mean by the “gospel”?

If in your eyes it means only getting naked souls into an ethereal, cloudy heaven one day, to strum on harps, and nothing more, I would say your focus is far too narrow. Yes getting individuals right with God and enjoying eternal life is a major focus of the gospel – but it is not all of the gospel.

My reading of the Bible shows me that God is concerned about all of life – and that includes this life now, not just our next life. My understanding is that the Lordship of Christ should extend to every area of life, not just the “spiritual”. Our Christian faith SHOULD have an impact on the world around us, and that includes the political, the social, the cultural, the ethical – every part of life.

Jesus commanded us to be salt and light in THIS world, not just to pull people out of this world (Matthew 5:13-16). And he taught us to pray this way: “your kingdom come, your will be done, on earth as it is in heaven” (Matthew 6:10).

It is never a question of saving souls or being salt and light, but both. That is exactly how the early church grew by leaps and bounds and overturned the pagan world: their gospel was about getting sinners right with God, but it also meant practical care and help for people and their needs.

James speaks about such practical religion when he says, “Suppose a brother or a sister is without clothes and daily food. If one of you says to them, ‘Go in peace; keep warm and well fed,’ but does nothing about their physical needs, what good is it?” (James 2:15-16).

All the great saints of the past knew that the gospel certainly has very real implications for politics, economics, and so on. Simply consider William Wilberforce. As a biblical Christian he spent most of his life in politics. He was a Parliamentarian and he fought the slave trade for decades.

Yes, plenty of Christians back then criticised him for this, claiming he should just stay ‘focused on the gospel,’ and not get side-tracked with all those other issues. Thankfully he ignored their unbiblical advice and stayed the course. The results have been the freedom of millions of Blacks and so on.

And he was involved in countless other social, political and philanthropic causes. His faith saw no division between proclaiming the gospel and living the gospel in very practical ways. But see more on this incredible Christian here: billmuehlenberg.com/2007/10/08/the-reformation-of-morals/

The truth is, if our gospel is purely a privatised affair, reduced to a sermon on Sunday, or to our own private prayer closet, it will have little impact on the surrounding world. But it should – not only because this is part of what it means to be a Christian witness in a dark and needy world, but it will also attract people to Christ.

Any cursory study of church history will reveal these truths. Wherever the gospel went, social action went as well. Hospitals were set up, schools established, prison reform undertaken, and a million other works of Christian activity. Yes, souls were saved, but actual physical lives were helped as well – something Jesus always insisted on.

So I see no dichotomy here. We are never told to pick one or the other: preaching the gospel or doing the gospel. It is always to be both, simultaneously. We are to tell people about their need for salvation in Christ, and work to transform the political and social landscapes, as much as is possible in a fallen world.

Now, if I entirely misread what this person said in his original comment, my apologies. Perhaps what he in fact meant was that he does not like my political views because they are maybe too conservative or something like that, while his are more to the left. If so, then we may have to agree to disagree on some things! I have elsewhere made the case for my more or less conservative take on things as a Christian.

But as I have mentioned, plenty of people have similar sorts of concerns about how the gospel and politics relate – if at all. So to restate my case is always worthwhile. Let me conclude this piece with two quotes. The first is from Christian ethicist Norman Geisler:

What sometimes escapes Christians is the fact that the responsibility to love other persons extends to the whole person. That is, man is more than a soul destined for another world; he is also a body living in this world. And as a resident of this time-space continuum man has physical and social needs which cannot be isolated from spiritual needs. Hence, in order to love man as he is – the whole man – one must exercise a concern about his social needs as well as his spiritual needs.

The second is from a well-known American Christian who has put his faith into action in the political realm, Dr. Ben Carson:

I believe it is time for us to stand up and be counted. We can no longer be passive because the Judeo-Christian way of life in America is at stake. We need not be ashamed of our faith, and we certainly should not allow those who believe differently to change who we are in order to be politically correct. Yes, we should accept them with brotherly love as we have been taught, but we should never compromise our belief system. We do believe in God, and we do believe in the right of everyone to have life, liberty, and the pursuit of happiness. We do believe in an orderly government that facilitates these goals rather than impedes them. It is time to set aside political correctness and replace it with the bold values and principles that founded our nation and caused it to race to the pinnacle of the world faster than any other nation in history. It is time to stop apologizing and to start leading, because the world is desperately in need of fair and ethical leadership.

Oh, and one final word: the main reason I write about political and social issues is because I believe this is what God wants me to do. If so, I dare not disobey his call upon my life!

14 Replies to “Politics and the Gospel”