The state has now officially declared war on conservative Christians:

This country used to be known as a free and democratic nation. Increasingly this is no longer the case. As statism increases, political correctness gains more of a stranglehold, and the various militant minority activist groups become ever more emboldened, Christians and conservatives are finding themselves under attack.

They are being fined, fired or even threatened with jail. I have documented countless cases of this now on my website, and each new week seems to see a fresh batch of cases of this taking place. This is very frightening indeed. Remember, this is Australia we are talking about here. 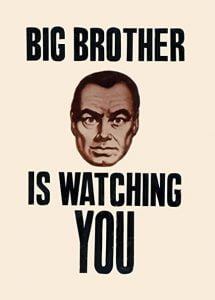 One characteristic of fascism, as an online dictionary puts it, is the ‘governmental suppression of individual freedom.’ Sadly, Australia has been moving in this direction for some time now, especially by way of the noisy lobby groups of the left. They have declared an all-out war on faith, family and freedom.

I have said often now that there are so many worrying cases of individuals losing their freedoms at the hands of the state as it jumps in bed with the secular left activists. And I also mentioned many of these cases have not gone public yet, although I happen to know quite a few of the individuals involved.

A number of them are/were doctors or medical professionals who had become the targets of the Medical Board of Australia. Specifically, the MBA has now actively pursued six different doctors (that we know of) over the last three years all because of their views on things like abortion and/or the homosexual agenda.

Basically, they all have been persecuted for the simple reason that they dare to think independently, and they express their views in their own time on their own social media pages and the like. For having the gall to not run with the PC version of events concerning things like abortion, homosexuality and the trans agenda, they have all fallen afoul of the MBA; several are receiving severe punishments, including mandatory re-education, suspension of their livelihood, etc.

Very much like the recent Israel Folau case, the powers that be have become judge and executioner, punishing those who actually think for themselves and believe they should have the freedom to express their views on their own time on their own social media outlets.

As with any dictatorial or fascist regime, the ruling powers have effectively threatened and blackmailed these individuals, telling them in no uncertain terms that if they want their jobs, they must censor themselves, not speak out, and remove all of their ‘offending’ posts and pages.

This of course is the stuff of North Korea, or Cuba, or Saudi Arabia. We did not expect this was how things operated in the free West. But it sure is. What we not too long ago sent our sons to fight and die for – freedom – is now severely at risk here in Australia.

Let me highlight just one of these appalling cases. A doctor with a wife and two young children has been suspended by the MBA, and has been out of work for nearly eight months now. His crime? Was he caught raping a patient, or stealing medicines, or fiddling with the books?

No, he did something much, much worse in the eyes of the MBA: he dared to post his point of view on his own private Facebook page, and even worse, he actually posted comments on my website, CultureWatch. Yes, several hundred of his comments appeared on my site over the past decade or so.

He said things which we are no longer able to say in Australia it seems, things like: marriage is between a man and a woman; doctors should be saving life, not killing; children have a right to be raised by their own mother and father; and radical political Islam is something we must take seriously.

For saying verboten things like that, the MBA has decided that he is now public enemy No. 1, and he MUST be punished severely. And keep in mind the details of this shocking case. No complaints were ever made by any of his patients or by his colleagues. He was fully professional in his work, and he treated all of his patients with dignity and respect.

But some militant(s) had been trawling both Facebook and my site, and discovered his unforgiveable remarks. This guy (or girl) made a stink, and the MBA immediately started the inquisition. They hired lawyers (and wasted a lot of money to do so) to go through every single one of my articles on my website, coming up with thousands of pages of printed documents with any and all comment he had made. What num nums: I could have given them all that free of charge if they wanted!

Since this doctor’s case is now in the public domain, I refer to Melbourne doctor Jereth Kok. The complaints made against him have been all by anonymous complainants. He does not know how many were made, or who made them, or why. They do not seem to be from any of his patients.

Indeed, as mentioned, he has had no complaints at all in terms of his work, his professionalism, and his ability to deliver quality health care. He seems to have been loved and respected by all his patients. However, for nine months the MBA was investigating Dr Kok, without even telling him! When they finally did tell him, they sent him a ‘please explain’ letter.

As mentioned, they simply trawled through his posts on Facebook and on my website, including issues such as the vote ‘no’ campaign on homosexual marriage. For that the MBA has treated him like a pariah, someone who is no longer able to treat patients!

His views are instead totally verboten. As a result, since August 19, 2019, he has been without work. His wife is a fulltime mother looking after their young children. So they have had no income during this entire period: income that they needed to feed the family and pay the bills.

And a couple hundred regular patients who all had Dr Kok as their preferred doctor are now without his expertise and services. Most of these patients had become quite attached to Dr. Kok. But now they have been left hanging, forced to look for alternate doctors and arrangements.

Again, all this has happened because he has dared to offer his points of view on the public issues of the day. Something that everyone else does all the time. Something that is part of living in a free society. But it seems like we are now no longer very free at all.

When groups like the MBA can destroy the career of a terrific, conscientious and hard-working doctor who has committed no malpractice whatsoever, then you know freedom has been smashed underfoot, and Big Brother groupthink is now in action.

And of course there are so many other bodies and organisations just like this, be they Rugby Australia or most of our major corporations. They have all conspired against freedom of speech, freedom of thought, religious freedom, and independent thinking. That is very scary indeed.

And with people like Dr Kok we have a very real human face to put to all this. This is not just theoretical. Real people with real careers are losing everything, all because secular left thought is now the only accepted form of opinion in so much of Australia.

Why am I reminded of this scene from George Orwell’s Nineteen Eighty-Four?

‘But how can you stop people remembering things?’ cried Winston again momentarily forgetting the dial. ‘It is involuntary. It is outside oneself. How can you control memory? You have not controlled mine!’

O’Brien’s manner grew stern again. He laid his hand on the dial.

‘On the contrary,’ he said, ‘you have not controlled it. That is what has brought you here. You are here because you have failed in humility, in self-discipline. You would not make the act of submission which is the price of sanity. You preferred to be a lunatic, a minority of one. Only the disciplined mind can see reality, Winston. You believe that reality is something objective, external, existing in its own right. You also believe that the nature of reality is self-evident. When you delude yourself into thinking that you see something, you assume that everyone else sees the same thing as you. But I tell you, Winston, that reality is not external. Reality exists in the human mind, and nowhere else. Not in the individual mind, which can make mistakes, and in any case soon perishes: only in the mind of the Party, which is collective and immortal. Whatever the Party holds to be the truth, is truth. It is impossible to see reality except by looking through the eyes of the Party. That is the fact that you have got to relearn, Winston. It needs an act of self-destruction, an effort of the will. You must humble yourself before you can become sane.’