Slavery is back in the news, and we need some clear thinking about it:

The issues of racism and even slavery are certainly making the headlines of late. With Western cities burning, statues and monuments being destroyed, attempts being made to rewrite our history, and calls emerging for reparations for slavery, there is a need to look at these issues with some moral and mental clarity. 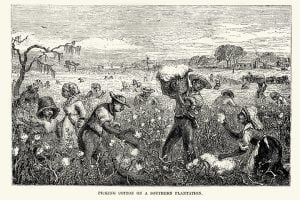 Having facts instead of feelings guide us in all this is paramount. In this article I seek to do two things: I will offer three big-picture remarks about the matter, and then I will look very briefly at some Christian considerations. Let me begin with a recent piece by political analyst Judith Bergman called “Modern Slavery and Woke Hypocrisy”. The piece begins:

-There are an estimated 136,000 people living in modern slavery just in Britain. Slavery in the UK takes the form of forced labor, and domestic and sexual exploitation. Albanians and Vietnamese are among the groups that constitute the majority of slaves. — Global Slavery Index, 2018.

-“According to the U.N.’s International Labor Organization (ILO), there are more than three times as many people in forced servitude today as were captured and sold during the 350-year span of the transatlantic slave trade”, Time Magazine March 14, 2019.

-“G-20 countries import some $354 billion worth of products at risk of being produced by modern slavery every year”. — Global Slavery Index, 2018.

BLM and its sycophants endlessly debate changing the names of streets and universities, and removing statues, all of which do not amount to anything more than infantile virtue signaling. They waste time debating whether people who were never themselves slaves, should receive reparations from people who never owned a slave.

To engage in all this posturing, while ignoring the staggering 40 million current victims of actual slavery, not only represents the immeasurable depths of woke hypocrisy, but constitutes an extreme insult to those who are suffering their slavery in silence, while slowly dying from the physical, sexual and emotional abuse that they are being forced to endure. If anything is “offensive,” it is that. www.gatestoneinstitute.org/16152/modern-slavery

African-American economist and political commentator Thomas Sowell has often written about these issues. Just three quotes of his – of many – can be featured here. In an older article he writes:

Slavery certainly has its place among the horrors of humanity. But our “educators” today, along with the media, present a highly edited segment of the history of slavery. Those who have been through our schools and colleges, or who have seen our movies or television miniseries, may well come away thinking that slavery means white people enslaving black people. But slavery was a worldwide curse for thousands of years, as far back as recorded history goes.

Over all that expanse of time and space, it is very unlikely that most slaves, or most slave owners, were either black or white. Slavery was common among the vast populations in Asia. Slavery was also common among the Polynesians, and the indigenous peoples of the Western Hemisphere enslaved other indigenous peoples before anyone on this side of the Atlantic had ever seen a European.

This is taken from his 2005 volume, Black Rednecks and White Liberals:

It takes no more research than a trip to almost any public library or college to show the incredibly lopsided coverage of slavery in the United States or in the Western Hemisphere, as compared to the meager writings on even larger number of Africans enslaved in the Islamic countries of the Middle East and North Africa, not to mention the vast numbers of Europeans also enslaved in centuries past in the Islamic world and within Europe itself. At least a million Europeans were enslaved by North African pirates alone from 1500 to 1800, and some European slaves were still being sold on the auction blocks in Egypt, years after the Emancipation Proclamation freed blacks in the United States.

And these insights come from the 2011 book, The Thomas Sowell Reader:

Of all the tragic facts about the history of slavery, the most astonishing to an American today is that, although slavery was a worldwide institution for thousands of years, nowhere in the world was slavery a controversial issue prior to the 18th century. People of every race and color were enslaved – and enslaved others. White people were still being bought and sold as slaves in the Ottoman Empire, decades after American blacks were freed.

Everyone hated the idea of being a slave but few had any qualms about enslaving others. Slavery was just not an issue, not even among intellectuals, much less among political leaders, until the 18th century – and then it was an issue only in Western civilization. Among those who turned against slavery in the 18th century were George Washington, Thomas Jefferson, Patrick Henry and other American leaders. You could research all of the 18th century Africa or Asia or the Middle East without finding any comparable rejection of slavery there. But who is singled out for scathing criticism today? American leaders of the 18th century.

Deciding that slavery was wrong was much easier than deciding what to do with millions of people from another continent, of another race, and without any historical preparation for living as free citizens in a society like that of the United States, where they were 20 percent of the population.

It is clear from the private correspondence of Washington, Jefferson, and many others that their moral rejection of slavery was unambiguous, but the practical question of what to do now had them baffled. That would remain so for more than half a century.

One more quote is worth sharing here. The radical left loves to blame the West and capitalism for all of our ills. They even claim that slavery is fully part of free market economics. Matthew Lesh has recently sought to set the record straight on this:

But what did the “father of modern economics,” Adam Smith, actually think about slavery? And is it responsible for our modern prosperity?

Adam Smith argued not only that slavery was morally reprehensible, but that it causes economic self-harm. He provided economic and moral ammunition for the abolitionist movement that came to fruition after his death in 1790. Smith was pessimistic about the potential for full abolition, but he was on the side of the angels.

Smith’s The Wealth of Nations, published in 1776, contains perhaps the best known economic critique of slavery. Smith argued that free individuals work harder and invest in the improvement of land, motivated by their interest in earning a higher income, than slaves. Smith refers to ancient Italy, where the cultivation of corn degraded under slavery. The cost of slavery is “in the end the dearest of any,” Smith writes. quillette.com/2020/06/22/the-father-of-capitalism-and-the-abolition-of-slavery/

I recently had a comment sent in from a person who tends to prefer to argue and pick fights instead of calmly deal with facts in a rational fashion. She said she had just discovered that George Whitefield had slaves, so she was going to have nothing to do with him anymore!

The issue of slavery and the Christian response to it is a big one indeed, and I would need to do many detailed articles on this topic to do it justice, but a few very quick points can be raised here.

-As to this gal’s objection, she might as well say that she wants nothing to do with the Apostle Paul, since at best he seemed a bit ambiguous on the issue of slavery. He neither strongly favoured it nor condemned it, and there is still debate as to what exactly he meant in passages such as 1 Corinthians 7:21.

-It was overwhelmingly the Christian religion, with its belief in the dignity and value of all persons as made in the image of God, that really was the impetus to see slavery finally abolished – at least in the West.

-It was only in the late 1700s and early 1800s that serious abolitionist movements began to be formed. And they were overwhelmingly Christian in nature, with folks like William Wilberforce (1759-1833) in the UK and Charles Finney (1792-1875) in America leading the charge.

-Even until the mid-1700s slavery was well-nigh universally accepted and largely unquestioned. This included some Christians and some Founding Fathers of America. Thus Jonathan Edwards (1703-1758) and George Whitefield (1714-1770) were among Christian leaders who did own slaves.

-Edwards and Whitefield, like much of the New Testament, were rather ambivalent about the issue of slavery. One quote about each man can be offered here:

-“Blinded as he was by the prejudices of the time, and by the quest for financial stability, the itinerant did not see slave ownership the way we do. Instead he viewed his plantation as another means of advancing the gospel among orphans, and among the slaves themselves. Soon he noted excitedly that ‘several negroes’ at Providence had come under conviction of sin and were likely to experience conversion.” Thomas Kidd, George Whitefield (Yale University Press, 2014, p. 200)

-“Although there were scattered protests among European Americans against African slavery before and during Edwards’ time, the first widespread revolution in attitudes did not take place until the decades immediately after his death. . . . Edwards explicitly denied that there was any inherent inferiority among different peoples in God’s eye. . . . Edwards regarded Africans and Indians as spiritual equals. During his ministry, the Northampton church had already admitted nine Africans into full communicant membership” George Marsden, Jonathan Edwards (Yale University Press, 2003, pp. 255-258)

-I have already penned a number of articles on this matter. See these three for starters:

As mentioned, much more can be said about such issues. But having a proper perspective on the matter, instead of just emoting and running with selective moralising is how we must seek to understand it. But stay tuned for further articles on this.

13 Replies to “Slavery, the West, and Some Inconvenient Truths”