Here are a number of important books dealing with suffering, pain and evil and how we might respond:

We all suffer in various ways, so to offer a reading list on how to cope with, how to understand, and how to endure grief, hardship and suffering should be of interest to all of us. And even if your life seems pretty breezy right now, you would know of others who are in pain and travail of the soul.

So this is a small sampling of the many books that are available to help us wade through the deep waters of affliction and suffering. This is my second list of books along these lines. My first piece appeared in 2011, and featured 55 volumes: billmuehlenberg.com/2011/09/21/readings-in-theodicy/ 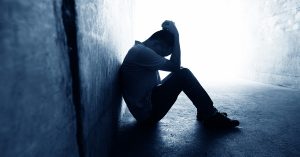 The books included there were somewhat wide-ranging, dealing with various aspects of the topic. Thus there were books that were philosophical, theological and apologetic in nature, as well as those which were more pastoral, spiritual, or biblical in nature.

Here those titles are still featured, but they are supplemented by over 20 newer volumes. It will again have a mix of works, but most of the newer titles I have added are more practical and pastoral in nature, dealing with counselling, help, and sharing personal stories of grief and how people have coped.

Just about all of these books share certain common features: they are all relatively recent (penned in the past half century); they are mainly penned by Christians (of a more or less conservative and evangelical persuasion); and most are still available at new or used bookshops.

It should be pointed out that I have written full reviews of a number of these volumes, so use the search function (top right of this site) to see if a volume you want more information on has in fact been reviewed. Also, seven of the more recent books I did offer shorter descriptions of: billmuehlenberg.com/2018/09/18/seven-helpful-new-books-on-the-problem-of-pain-and-suffering/

Alcorn, Randy, If God Is Good: Faith in the Midst of Suffering and Evil. Multnomah, 2009.

Borthwick, Paul and Dave Ripper, The Fellowship of the Suffering: How Hardship Shapes Us for Ministry and Mission. IVP, 2018.

Campbell, Ronnie, Worldviews and the Problem of Evil. Lexham Press, 2019.

Carson, D. A. and Kathleen Nielson, eds., Resurrection Life in a World of Suffering: 1 Peter. Crossway, 2018.

Cotterell, Peter, Is God Helpless? Suffering and the Sovereignty of God. SPCK, 1996.

Elliot, Elisabeth, Suffering Is Never For Nothing. B&H, 2019.

Gregg, Brian Han, What Does the Bible Say About Suffering? IVP, 2016.

Guinness, Os, Unspeakable: Facing Up To Evil In an Age of Genocide and Terror. Harper, 2005.

Hicks, Peter, The Message of Evil and Suffering. Inter-Varsity Press, 2006.

Keller, Tim, Walking with God through Pain and Suffering. Dutton, 2013.

McCartney, Dan, Why Does it Have to Hurt? Presbyterian and Reformed, 1998.

McGrath, Alister, A Journey Through Suffering. Hodder and Stoughton, 1992.

Ortlund, Dane, Gentle and Lowly: The Heart of Christ for Sinners and Sufferers. Crossway, 2020.

Palau, Luis, Where is God When Bad Things Happen? Doubleday, 1999.

Peterman, Gerald and Andrew Schmutzer, Between Pain and Grace: A Biblical Theology of Suffering. Moody, 2016.

Ramsey, K. J., This Too Shall Last: Finding Grace When Suffering Lingers. Zondervan, 2020.

Rhodes, Ron, Why Do Bad Things Happen if God is Good? Harvest House, 2004.

Swinburne, Richard, Providence and the Problem of Evil. Clarendon Press, 1998.

Yancey, Philip, Where is God When it Hurts? Zondervan, 1977.

With so many fine titles to choose from, you may want me to offer some recommendations here. So let me break things down into two main categories. For books that deal more with apologetics, theodicy, philosophy and theology, consider getting books by Carson, Geisler, Kreeft, Lewis and Zacharias.

If you are seeking inspiring and moving personal stories, and/or more pastoral and practical approaches (although still with biblical considerations throughout) you might try Bridges, Dobson, Eareckson Tada, Floyd, Ortlund, Sittser, Wolterstorff, and Yancey.

Let me finish with just one quote from just one of the books listed above (Sittzer, A Grace Disguised, p. 158): “The sovereign God came in Jesus Christ to suffer with us and to suffer for us. He descended deeper into the pit than we will ever know. His sovereignty did not protect him from loss. If anything, it led him to suffer loss for our sake.”

7 Replies to “Dealing With Pain, Suffering, Loss and Grief: A Reader”