Why are so few speaking out and standing up for what is right?

On the social media recently I suggested that concerned individuals write to the three MPs who had helped to pass a terrible bill in Victoria. I urged people to let them know their thoughts about this. One gal wrote back and asked, “Do you think they’ll listen?” I replied: “Probably not – but we must always speak truth even if it is rejected, and we must always hold our MPs to account!” 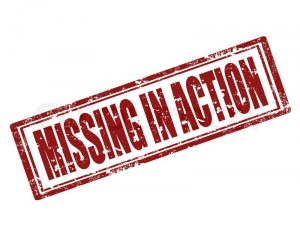 Whether people want to hear the truths we must share is really beside the point. We are obliged to proclaim that which people need to hear, not what they want to hear. Christians should know this to be the case, but sadly far too many are refusing to act like Christians.

Instead of being salt and light and sharing much-needed truth, they remain silent, and allow great evil to go unchecked. They are just like all the false prophets and false shepherds that the real prophets of God had warned about. They not only refuse to act as watchmen on the wall, but they often will condemn those who do.

I have written often about the need for watchmen. I have spoken frequently about the call of Ezekiel to be a watchman for ancient Israel. We see his calling in Ezekiel 3 and 33. The first may have been his personal call, and the second his public call. Or ch. 33 may just be a renewal of his calling, but either way, these are important chapters indeed that we all need to pay careful attention to.

In ch. 33:1-20 you can read about his divine commissioning. I especially want to examine verses 7-9 which read:

He was ordered to speak to God’s people about their sin and disobedience, and he also had to warn them of coming divine judgment if they refused to repent. If Ezekiel failed to carry out this task, he would have blood on his hands. Thankfully he did just what God asked of him.

But how many believers today refuse to warn, refuse to sound the alarm, refuse to confront sin, and refuse to speak out against evil? They will never say a word about great public evils such as the murder of the unborn or the war on marriage and family.

Some of them might try to argue that we have nothing to say to non-believers, and that Ezekiel here was speaking to the Israelites. Um, these folks need to actually read the entire book of Ezekiel. While this chapter is indeed speaking of his responsibilities to Israel, it is surrounded by chapters where he speaks similar sorts of words of rebuke and warning to the pagan nations. Check out Ezekiel 25-32; 35; 38, and 39 to see this ministry to the foreign nations.

So we need to proclaim truth to one and all. Sure, the household of God is especially in need of the prophetic word, but evil and unrighteousness should be challenged wherever they are found. In his commentary on Ezekiel, Chris Wright offers three dimensions to this matter of God and the nations in the prophetic books:

First, they unquestionably affirm the sovereignty of Yahweh as God in the midst of the ebb and flow of international affairs. Secondly, they equally clearly portray the transience of all human power and glory, whether political, military or economic. And thirdly, they repeatedly affirm that the goal of all God’s action is that the nations will know him, Yahweh, to be God. Ezekiel would have endorsed Habakkuk’s famous vision that ‘the earth will be filled with the knowledge of the glory of the LORD, as the waters cover the sea’.

As to his first point, he says this in part:

Ezekiel, along with all the other prophets, affirms that Yahweh is universally sovereign over the affairs of the nations of the world in general. Yahweh is not a local god whose power extends over his own people. Nor is he merely a local god who happens to be the neighbourhood bully – that is, capable of pushing his weight around among the nations that had dealings with Israel. The prophets declare that the whole world of international history and exchange is actually under the sovereign direction of Yahweh the God of Israel. His reign is universal.

As mentioned, while all peoples are subject to God’s rule and judgment, God’s own people are especially so. Says Wright:

In Ezekiel the sins for which the nations fall under God’s judgment are similar to those frequently listed for Israel – pride, violence, dishonesty, and blasphemous self-aggrandizement (e.g. 28:5, 16-18; 29:3, 9; 31:10). But if anything, the judgment on Israel was all the more severe, and the description of their sin all the more specific, because of the immense privilege they had of being the beneficiaries of Yahweh’s saving power, and of being entrusted with the revelation of Yahweh’s covenant demands.

As to the actual responsibilities and activities of a watchman, Daniel Block says this:

A responsible watchman would blow the trumpet at first sight of danger, calling the warriors to take up defensive positions at strategic points of the wall, while the women and children retreated to refuges within the city. If the citizens failed to respond to his warning and were slaughtered in the attack, the watchman was absolved of responsibility for the lives of the victims. He had fulfilled his duty; their blood would be upon their own hands. But if they heeded the warning, they would escape with their lives. V. 6 reverses the situation. Failure on the part of the watchman to sound the warning renders him liable for the deaths of those who fall to the enemy.

As mentioned, we all can learn some lessons from Ezekiel. While we all may not have been called to a specific watchman on the wall sort of ministry, we all have a biblical obligation to proclaim truth, to offer warnings when needed, and to seek to be the salt and light we are commanded to be.

This will be both within and without the churches. Standing against evil, tyranny and injustice – wherever it is found – is part of the Christian’s calling. We dare not remain silent. And we need to speak up for that which is right in all circumstances.

We are not just to rally around fellow Christians. We should be keen to defend things like freedom of speech for those outside of the Christian community as well. When we see gross government overreach and dictatorial powers being wielded, we should speak up, before it is too late.

As one example of this, earlier today I posted about the arrest of a pregnant mother in her pyjamas here in Victoria. Right in front of her own children she was dragged away by the police. See here: billmuehlenberg.com/2020/09/03/is-this-really-australia/

And yet I have had some ‘Christians’ who were all hot and bothered, saying we should have nothing to do with her. Why? It seems somewhere – maybe on her Facebook page – she had spoken of being a witch. Um, guess what? I am NOT in favour of witchcraft. That should go without saying.

But one can still stand up for freedom and stand against dictatorial police states. One can still see this as a terrible miscarriage of justice and police overkill. In the same way millions of us Christians rightly stood up for Israel Folau, even though he belonged to an anti-trinitarian sect. When I supported Folau, I was NOT supporting his heterodox theology, but his right to free speech and the like. So we need to start thinking clearly here.

We all can be watchmen in our own circles of influence. If we do not speak up now when we can and should have, then it will probably soon be too late. And worse yet, we will have blood on our hands.

18 Replies to “Watchmen Missing In Action”