As always, some clear thinking on the matter of faith and politics is needed:

Discussions and debates about Christian political involvement will always be with us, and I will need to keep writing about this, as there always seems to be so much fuzzy thinking found in this area. While Christians can and do disagree on various aspects of this discussion, there are some positions being held to which clearly are much less helpful – and much less biblical – than others. 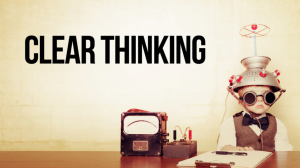 So I need to once again address some rather sub-biblical thinking here. Two main examples of this have arisen of late, so let me speak to both of them. While they involve my interaction with two other folks, I am not picking on them. Their thinking would be representative of how so many Christians think about such matters. So I am not picking on individuals here, but using a few case studies if you will to help me make the case for the bigger picture.

On Choosing Between Evils

The first oft-heard protestation coming from some rather misguided believers is that we must never choose between two evils. These folks are often purists who demand perfection in our choices, or nothing at all. This especially comes up during various election cycles, and it certainly has come up this year with the choice between Trump and Biden in the US.

How many times have we heard Christians say they cannot bring themselves to vote for Trump – no matter how utterly bad and anti-Christian the policies and platforms of the Democrats and Biden are. I need to keep pointing out some basic truths to these folks.

I need to remind them that Jesus is not running this year, so in a real world – in a fallen world – we have to make do with the actual alternatives at hand, and not some ethereal ideal that cannot be reached when it comes to preferred options in the November 3 election.

But in the meantime, as I keep saying, we live in the real world and we have to make do with what is in fact on offer. Biblical Christians of all people are to be realists. And that includes knowing about the limits of politics and politicians in a sinful and fallen world.

Speaking of which, I recently saw this making the rounds on the social media. It comes from the noted New Testament scholar C.E.B. Cranfield (1915–2015), although as yet I have not been able to track down where exactly it comes from. He said this:

Often the only choice open to the Christian in a particular situation will be a choice between evils; but he will realize that it is not a matter of indifference whether the greatest possible, or the least possible evil comes to pass, and that to help to bring about the greatest evil by refusing, out of a mistaken perfectionism, to choose the least is surely to be guilty of dereliction of duty.

Another person rightly reminded us of how God himself has at times told his people to choose between various evils. Recall the stark choices that King David had to deal with as found in 1 Chronicles 21:11-13:

So Gad went to David and said to him, “This is what the Lord says: ‘Take your choice: three years of famine, three months of being swept away before your enemies, with their swords overtaking you, or three days of the sword of the Lord—days of plague in the land, with the angel of the Lord ravaging every part of Israel.’ Now then, decide how I should answer the one who sent me.” David said to Gad, “I am in deep distress. Let me fall into the hands of the Lord, for his mercy is very great; but do not let me fall into human hands.”

While this was God’s judgment on David for his sinful actions, the point remains that in life we often have to choose between various less than ideal options. We need to prayerfully and carefully make such choices, and not opt out altogether until some unobtainable perfect option comes along.

Another common and unhelpful example involves something I get all the time from various believers. It is the old furphy about the need for Christians to stay away from politics and to simply preach the gospel. This view does disservice to both alternatives. Just who is it that established politics and government in the first place? And just what in fact is the gospel?

But so many Christians try to push this fallacy of the false dilemma onto other believers. As but one (of many) examples of this, I recently got this sent to me by one Christian:

If I had to do it over again, I would also avoid any semblance of involvement in partisan politics. An evangelist is called to do one thing, and one thing only: to proclaim the Gospel. Becoming involved in strictly political issues or partisan politics dilutes the evangelist’s impact and compromises his message.-Billy Graham

I am seeing the slow destruction of Christianity but not from the outside but from within as many young believers are more educated on cultural issues with little understanding of the gospel. I have worked in the university setting for years and watch the majority of young church people fall away from their faith but for many it was just cultural. It is notable that in the first centuries of Christianity that believers were absent from the interaction that is being advocated here but our darkest moment occurred when the church leaders formed an alliance with Constantine. We gain social status even impacting the norms but lost our soul even the loss of the gospel itself. The same applies here as I have personally struggled for years on this issue as I noted my own heart so spiritually dry due to my political zeal not seeing my political opponents as lost souls but combatants. We may won a few cultural battles but in a few years Christianity in the USA has become a shallow faith voided of substance which will only perpetrate our loss as vibrant churches in our society.

What follows is the response I shared with him – and to all who would hold such a view:

Thanks ****. While I hear what you are saying, I must disagree. Because I am a biblical Christian I cannot go along with unhelpful and unbiblical false dichotomies. I know full well that as a Christ follower I am to both share the gospel and be salt and light. I am to seek the salvation of others and also seek godly and righteous government. Scripture NEVER forces me to choose just one or the other, so as an obedient Christian I of course will continue to do both.

In doing this I will follow in line with 2000 years of Christianity. I will continue to admire so many who refused to let an unbiblical false choice stymie them. I will run with Christian heroes like Wilberforce who shared the good news of Christ AND worked his tail off in politics and the wider culture. And millions of blacks both then and now are so very thankful that he did, and that he rejected the cries of the critics that he was wasting his time and should pull out.

But I have already written dozens of articles on these matters explaining my position in greater detail, including the one above. But see also this one: billmuehlenberg.com/2011/12/06/christianity-society-and-false-dilemmas/

And you are quite amiss of course to try to claim that the early Christians were somehow dead set against cultural and political involvement. Um, they had no choice in the matter: they were obviously a persecuted and illegal sect, fighting simply to stay alive! So of course they were not involved in politics back then – they were not able to at all! Thankfully after the hardcore persecution lifted, they were able to let their faith have an impact on all of society. They rightly saw to it that the Lordship of Christ was applied to every area of life.

Moreover, it is interesting that folks like John MacArthur who once used to warn Christians against political involvement are now fully involved in the political and social battles of the day. I am glad he has seen the light. He now fully realises that our very freedom to worship and preach the gospel is at stake here. Franklin Graham certainly agrees 100 per cent with this. And I am certain his father Billy would too if he were alive today.

Sorry, but if you have become jaded and disillusioned with politics and the culture wars, that is between you and the Lord. But pushing such cynicism onto all other believers is hardly helpful. Thus I most certainly will keep doing what God has called me to do, as will millions of other biblical believers. But thanks for your thoughts.

There are of course many more sorts of unhelpful and often unbiblical views on the matter of Christians and political involvement. I have written plenty of pieces on these matters already, and it looks like I will keep having to do so, given that the need for believers to demonstrate some mental and moral clarity on such things may be at an all-time high these days.

20 Replies to “Faith and Politics – Again”