A former leftist and environmental activist has had a change of heart:

In an age of climate alarmism, fearmongering, and media-driven hysteria, it is refreshing to find those who advocate a better way forward. And this is even more encouraging when those doing it were once part of the green panic movement – but have moved on. 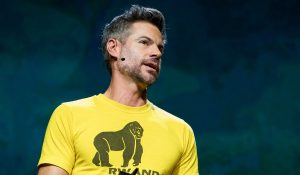 Shellenberger is one such person, and because of his decades-long involvement with environmental issues, his wise and sober words deserve to be carefully digested. And in a 400-page book filled with a mountain of facts, evidence, data and common sense (a full quarter of the book is taken up with references), this volume is a must read.

Yes, we have other sensible environmentalists such as Bjorn Lomborg who also has a new book out (False Alarm), so Shellenberger is not alone in seeking to bring some level-headed sanity to a vitally important topic that is so often consumed by hysteria and emotion. But this book certainly deserves wide-spread attention.

Early on he declares the approach being taken by the book: it “explores how and why so many of us came to see important but manageable environmental problems as the end of the world, and why the people who are the most apocalyptic about environmental problems tend to oppose the best and most obvious solutions to solving them.”

Much of his own story of his many years actively working in the environmentalist movement is told here while he looks in great detail at the various issues. All the crucial aspects of the environmental debate are covered here, be it climate change, renewables, energy, threatened species, biodiversity, recycling, demographics, economics, and so on.

And although an American, this book is certainly wide-ranging as it examines the global situation. He is certainly well-versed in what is happening throughout the globe. Thus places like Australia get referred to often. Consider the issue of wildfires which are a problem in his native California:

Fires in Australia are similar. Greater fire damage in Australia is, as in California, due in part to greater development in fire-prone areas, and in part to the accumulation of wood fuel. One scientist estimates that there is ten times more wood fuel in Australia’s forests today than when Europeans arrived. The main reason is that the government of Australia, as in California, refused to do controlled burns, for both environmental and human health reasons. As such, the fires would have occurred even had Australia’s climate not warmed.

As to climate change and global warming, he spends a lot of time on this of course, demonstrating that the panic and hysteria of those like Gore and Thunberg is wildly misplaced. Consider the issue of renewable energy, and the bogey man of the activists: nuclear energy. The alarmists believe that nuclear energy is just as evil as fossil fuels, and that only things like wind and solar energy should be run with. But as Shellenberger reminds us:

Electricity is just one-third of total energy use, globally. The remaining two-thirds of primary energy consumption is dominated by fossil fuels, which are used for things like heating, cooking, and transportation. Only nuclear, not solar and wind, can provide abundant, reliable, and inexpensive heat. Thus only nuclear can affordably create the hydrogen gas and electricity that will provide services such as heating, cooking, and transportation, which are currently provided by fossil fuels.

And the wind and solar options have just not proven to be the panacea so many hoped they would be. So many problems exist, including all the threatened bird species because of wind energy. Shellenberger provides copious amounts of evidence as to how bogus the renewable energy claims have been:

No nation has done more to support renewables than Germany. For the last twenty years it has been going through what it calls an Energiewende, or energy transition, from nuclear and fossil fuels to renewable energy sources. It will have spent $580 billion on renewables and related infrastructure by 2025…

And yet, despite having invested nearly a half-trillion dollars, Germany generated just 42 percent of its electricity from wind, solar, and biomass, as compared to the 71 percent France generated from nuclear in 2019. Wind and solar were just 34 percent of German electricity, and relied upon natural gas as back-up.

The cost to consumers has been “staggeringly high” and he explains why: “Solar and wind make electricity more expensive for two reasons: they are unreliable, thus requiring 100 percent back up, and energy-dilute, thus requiring extensive land, transmission lines, and mining. In other words, the trouble with renewables isn’t fundamentally technical—it’s natural.”

With a wealth of detail and facts and figures, Shellenberger gives us the micro assessment, but he also provides the macro, big-picture view. And that view is one of real hope and a future worth looking forward to. He writes:

I can see that much of my sadness over environmental problems was a projection, and misplaced. There is more reason for optimism than pessimism. Conventional air pollution peaked fifty years ago in developed nations and carbon emissions have peaked or will soon peak in most others. The amount of land we use for meat production is declining. Forests in rich nations are growing back and wildlife is returning. There is no reason poor nations can’t develop and adapt to climate change. Deaths from extreme events should keep declining. Cruelty to animals in meat production has declined and should continue to decline, and, if we embrace technology, habitats available for endangered species, including for gorillas, and penguins, should keep growing in size. None of that means there isn’t work to do. There is plenty. But much if not most of it has to do with accelerating those existing, positive trends, not trying to reverse them in a bid to return to low-energy agrarian societies.

So in making his case for a positive future, he by no means underestimates the very real problems that still exist, and the matters that still need to be addressed. But he wants us to keep things in perspective. His final two paragraphs of the book lay out what he believes, and what he has sought to achieve:

Environmental humanism will eventually triumph over apocalyptic environmentalism, I believe, because the vast majority of people in the world want both prosperity and nature, not nature without prosperity. They are just confused about how to achieve both. For while some environmentalists claim their agenda will also deliver a greener prosperity, the evidence shows that an organic, low-energy, and renewable-powered world would be worse, not better, for most people and the natural environment.

While environmental alarmism may be a permanent feature of public life, it need not be so loud. The global system is changing. While that brings new risks, it also brings new opportunities. Confronting new challenges requires the opposite of panic. With care, persistence, and I dare say, love, I believe we can moderate the extremes and deepen understanding and respect in the process. In so trying, I believe we will bring ourselves closer to the transcendent moral purpose most people, perhaps even some currently apocalyptic environmentalists, share: nature and prosperity for all.

10 Replies to “A Review of Apocalypse Never. By Michael Shellenberger.”