Yes persecution is real, and so is Woke Churchianity that supports it:

Hundreds of times now on this site I have carefully documented clear cases of anti-Christian bigotry and persecution taking place in the West. We have had far too many cases of Christians losing their jobs, being heavily fined, or even being thrown in jail to pretend that all is sweetness and light here. 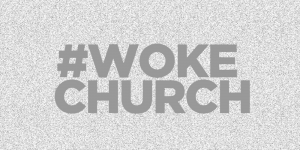 But two sorts of folks will constantly berate you and ridicule you for daring to suggest that this is happening right here, right now. The first group are of course all the misotheists, atheists and secular lefties. But we fully expect them to react like this.

It is the second group that should worry all of us. I refer to all the woke ‘Christians’ and religious lefties who love to mock us and pour scorn on us whenever we mention that biblical Christianity is under assault in Australia and the West.

They love to judge us and attack us and say we are just a bunch of alarmists and nutters that no one should pay any attention to. While we are doing all we can to stand up for religious liberty and to prevent things getting worse, these Pharisees and armchair critics just sit there lashing out at us. Um, just whose side are they on anyway?

With all this in mind, let me offer a few truths that need to be highlighted here.

The role of the watchman is to warn

Those whom God has raised up to act as watchmen on the wall, alerting others to what is going on, are simply doing what they have been called to do. Indeed, they dare not refuse that calling. As we read in Ezekiel 3 and 33, if the watchman does not make the warning that he is meant to, he will have blood on his hands, and will be held accountable.

So while the religious lefties will publicly attack us and criticise us, our job is to fear God and not man. We need to ignore these woke churchians and simply pay careful heed to what God expects of us. That our words of warning will be rejected and scoffed at by the masses and by the left should not surprise us.

As mentioned, the reality of anti-Christian bigotry that is occurring in the West cannot be denied. Everywhere we see it happening, and it is ramping up on a daily basis. What would have been simply unimaginable a few short decades ago is now becoming the norm.

And it is not just the more famous cases of this happening. While most folks are aware of Australians like Israel Folau and Bernard Gaynor and Lyle Shelton and Margaret Court and the appalling way they have been treated, there would be many more such cases that never made the headlines.

I happen to know of many of these committed Christians personally. What they have had to go through because of their refusal to deny their basic beliefs and convictions, and conform to the radical agendas, is really quite horrifying. Most folks would be shocked if they knew just how many are being impacted in this way, and just how widespread this really is.

And just because heads are not being lopped off at the moment does not mean that there is no persecution taking place. Hardcore persecution seldom happens overnight. It is not as if yesterday there was complete religious freedom but today all churches are being bulldozed. Persecution is usually incremental and piecemeal, developing over time.

Before the heavy-duty church closures, mass arrests of Christians, and banning of Bibles and Christian literature takes place, you first have the very sorts of things we find happening now. And only a fool would think that the restrictions, clampdowns and anti-Christian bigotry already taking place today will not lead to anything worse tomorrow.

One can’t help but think of the early church and the terrible persecution Christians endured back then. It even became a matter of spectator sport, with the crowds watching the torment and death of believers in the big arenas. If the thumb went down, the Christians were slaughtered. If the thumb went up, they were allowed to live.

Why do I think that all these PC and lefty Christians who happily attack the watchmen and those who are being persecuted are in a rather similar place, happy to give the thumbs down? They will be the first ones to cheer when folks like me are dragged off to the gulag.

‘Well, Bill always was far too radical. He was always stirring up trouble. He gives a bad name to Christianity. It is a good thing he has finally been silenced. Now we can all get on being church in good standing with the world around us.’

I know that is exactly how many of these ‘believers’ are thinking. And that is because they are such friends with the world, and have done all they can to cosy up to the world as they deny key biblical teachings, especially its clear moral teachings, that they will happily rejoice in seeing us silenced.

And they have absolutely no problems with all the anti-Christian legislation being passed around the West, including the diabolical ‘conversion therapy’ law just passed here in Victoria. They are so compromised in their faith that they actually agree with these laws, and think they are somehow what God would fully be in favour of.

Indeed, we should not be surprised at all this. Jesus did warn us two millennia ago of this very thing happening: Consider John 16:1-3: “I have said all these things to you to keep you from falling away. They will put you out of the synagogues. Indeed, the hour is coming when whoever kills you will think he is offering service to God. And they will do these things because they have not known the Father, nor me.”

As the American Christian leader James White tweeted a few days ago:

You will be the first to sign up for the online “Sermon Submission and Approval” service, too. And you will be one of the first to rat out any “radical” and “non-compliant” members of the “fellowship” as well. Your type is well known in China, North Korea, etc.

BTW, if you are sitting there smugly saying, “There is no persecution…he had it coming…people are dying…he’s killing grandma!” let me tell you: you will be the first one in line to get the coming gov’t “Church Certificates of Compliance” when they come out, too.

Yes quite so, And his reference there to how so many church pastors and leaders have fully capitulated to the state and allowed their churches to be closed down for months on end is a classic case in point. There have been far too many spineless wonders who are more concerned about keeping Big Government happy than they are with keeping God happy.

Thankfully, there have been a few notable exceptions, such as Paul Furlong in Australia, John MacArthur in America, and James Coates in Canada. See here for more on Paul: billmuehlenberg.com/2021/02/16/lockdown-mania/

And see here for more on John: billmuehlenberg.com/2021/01/31/political-ignorance-and-inaction-no-longer-cut-it/

As to James, he is still languishing in jail as he rightly refuses to agree to the bail terms, which include not opening his church until the State allows him to. His wife and children are banned from seeing him while he is incarcerated. For a good explanation as to why his church has taken the stand that it has, see this article: notthebee.com/article/canadian-church-releases-an-insanely-eloquent-statement-on-liberty-and-covid-after-their-pastor-is-jailed-for-preaching

Of course he has been heavily criticised by the Fellowship of the Woke, just as MacArthur and Furlong have been. And just like I have been for daring to suggest that religious liberty is vitally important, that Christian worship is an essential service, that the State is not absolute, and that God is the one we must fully and finally submit to.

But with all the Woke Churchianity around us, expect the persecution to only get much worse in the days ahead.

15 Replies to “A Few Home Truths About Persecution”