Having just left Italy, with a whirlwind tour of some of the greatest works of art and architecture of all time, it is worth reflecting a bit more on how believers should look at art. There are many ways I can discuss this, but let me restrict myself to the thoughts of just one noted Christian thinker, Francis Schaeffer.

But first let me mention just a few of the many highlights we were able to enjoy, even if too briefly, during the past week or two. In Rome there was of course the Pantheon and the Trevi Fountain and the Spanish Steps, as well as the nearby Tivoli Gardens.

And then there were some of the amazing things to be found in Tuscany, such as the Siena Duomo (Cathedral), or the equally amazing domed cathedral of Florence, the Santa Maria del Fiore. The major art galleries in Florence are also mind-boggling. 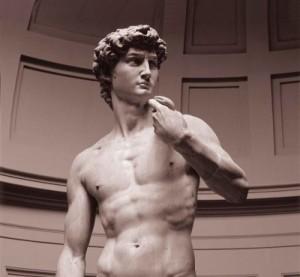 At the Galleria dell’ Accademia there is a Michelangelo collection, including his famous statue of David. And at the Uffizi art museum one can see Botticelli’s The Birth of Venus; da Vinci’s The Annunciation; Dürer’s Adoration of the Magi; Lippi’s Madonna and Child; Caravaggio’s Sacrifice of Isaac; and so much more.

One’s senses are left reeling after visiting such incredible places. The sore feet and achy legs are more than matched by the sensory overload. One just cannot take it all in. And of course the spirit is energised as well: so much of this art was religious art – often primarily Christian art.

Men moved by their creator God sought to capture some of the beauty and wonder of God’s world – especially, but not excluding – the biblical-based stories which so captured their hearts, their spirits, and their imaginations. The divine creator made us to be sub-creators, to use Tolkien’s phrase, and we see this in such abundance in a place like Italy.

Let me bring in Francis Schaeffer here. Anyone familiar with his work would know that he often spoke to art, to literature, and to culture as he discussed philosophy, worldviews, and the Christian faith. He even penned a brief booklet on all this in 1973 called Art and the Bible.

In it he offered an impassioned plea for Christians to take seriously culture in general and the arts in particular. In it he famously said, “A Christian should use these arts to the glory of God, not just as tracts, mind you, but as things of beauty to the praise of God. An art work can be a doxology in itself.”

He bemoans the fact that so many believers today have no appreciation for culture and art: “The arts, cultural endeavors, enjoyment of the beauty of both God’s creation and of man’s creativity – these creative gifts have in our day been relegated to the bottom drawer of Christian consciousness, despised outright as unspiritual or unchristian. This deficiency has been the cause of many unnecessary guilt feelings and much bitter fruit, taking us out of touch with the world God has made, with the culture in which we live, and making us ineffectual in that culture.”

In addition to appreciating beauty for beauty’s sake, we must also of course assess the worldview behind any given work of art: “As Christians, we must see that just because an artist – even a great artist – portrays a worldview in writing or on canvas, it does not mean that we should automatically accept that worldview. Good art heightens the impact of that worldview, but it does not make it true.”

And again: “We should realize that if something untrue or immoral is stated in great art, it can be far more devastating than if it is expressed in poor art. The greater the artistic expression, the more important it is to consciously bring it and its worldview under the judgment of Christ and the Bible. The common reaction among many however, is just the opposite. Ordinarily, many seem to feel that the greater the art, the less we ought to be critical of its worldview. This we must reverse.”

Since I am now staying only about an hour away from the Swiss town of Neuchatel, let me mention how Schaeffer rounds off his essay. He discusses a mural in the art museum at Neuchatel painted by the Swiss artist Paul Robert. He says this about it:

“In the background of this mural he pictured Neuchatel, the lake on which it is situated and even the art museum which contains the mural. In the foreground near the bottom is a great dragon wounded to the death. Underneath the dragon is the vile and the ugly—the pornographic and the rebellious. Near the top Jesus is seen coming in the sky with his endless hosts. On the left side is a beautiful stairway, and on the stairway are young and beautiful men and women carrying the symbols of the various forms of art—architecture, music, and so forth. And as they are carrying them up and away from the dragon to the present to Christ, Christ is coming down to accept them.”

Great art will both encapsulate and represent the biblical worldview, but will also be done in a way which reflects the creativity of the creator. When I see the great beauty and incredible works of art that go back centuries, and even millennia, here in Europe, I see God’s hand at work in such a powerful way.

Would that God would raise up such great artists today to the praise and glory of His name. We need to love God and glorify him not just in church services or in great works of theology, but in the arts as well. As Schaeffer rightly says:

6 Replies to “Schaeffer, Art and the Christian”