The problem with so many Christians – myself included – is that we tend to judge things by their appearances. We look at what is happening on the surface, without always being aware of what is going on at other, deeper, or maybe even hidden levels. This is quite true of God’s activity – often it is unseen and unknown of by most of us.

But God is working away, and great things are happening nonetheless. And in part this is because there are so many unsung heroes in the Kingdom of God. There are all sorts of supersaints working away faithfully day in and day out that most of us do not know about. 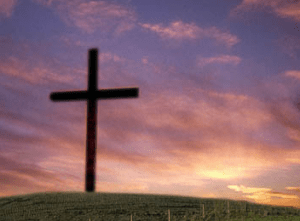 I mention all this in part because of my recent travels – not just in Europe and England but now in Adelaide. Everywhere I go I am surprised by finding pockets of resistance and pinpoints of light all over the place. Some I had known about and some I have just met for the first time.

But all over the decaying and decadent West God has reserved for himself a godly remnant, those who have not bowed the knee to Baal. Elijah was told that directly by Yahweh after a little pity party, and we need to recall this as well (see 1 Kings 19:1-18).

Indeed, there is also in this book in the preceding chapter an interesting text. Let me provide some background to it. A few years back I was in Perth teaching and speaking when the news came through that the so-called independents had cast their vote with Julia Gillard and Labor.

This was in September 2010, and we already had Rudd and Labor causing so much damage for the previous few years. To learn that they were now back in, albeit with a different leader, was devastating news. I was alone in my room at the time so I called out to God and got on my face before him (one can learn quickly how well folks are at cleaning carpets while doing this!).

I cried out to God, asking why. The Lord directed me to a particular verse at that time. It was 1 Kings 18:4: “While Jezebel was killing off the LORD’s prophets, Obadiah had taken a hundred prophets and hidden them in two caves, fifty in each, and had supplied them with food and water.”

I was not quite sure what that passage meant exactly at the time as to this situation, but over time I came to see its general relevance. God has many of his people holed up in caves, as it were, and at the right time, as things grow even darker, they will be revealed.

As the days become even more despairing, God is raising up all sorts of new spiritual kids on the block. All over I am meeting these folks. They were not on the scene just a few short years ago, but now they are making real waves for the Kingdom. One of them is now already a real mover and shaker for Christ.

He called me just yesterday, a bit concerned about some court cases he is now involved in, all because of his stance for biblical truth. I assured him that I had been through some of these already, and he should stand strong and see God work on his behalf.

He also was concerned about doing Kingdom work, yet also feeding his family. I shared with him my story of how I have been doing both for nearly a decade now: living on faith and trusting God for our family support while doing full time Christian ministry.

If God wants you to go full time for him, he is well able to provide for you financially. Getting money to finance his work is not a problem. Getting us to be sold out completely to him, and staying on bended knee is. It is much harder for God to find a saint fully yielded to him than it is to simply provide some finances. He does own the cattle on a thousand hills after all (Psalm 50:10).

So it has been so encouraging to see all these new and committed believers popping up all over the place. There is hope yet! In fact, I had the privilege of having lunch with one of these champions just a few days ago. I had helped a bit with his conversion and mentoring over the years, but all long distance via Facebook.

I had never met him before this, and to see him alive and well, on fire for God and seeking His will for the future was encouraging indeed. We just never know how much impact we might be having on others, even by means of things like the new social media.

(When I encourage some of the older saints to use things like FB for the Kingdom I really mean it. There are so many great opportunities to be had there, and we can do so much spiritual good, if we just use these things for His glory. So those I have challenged to get on FB: I am still waiting to see you there!!)

There is so much work to be done; so many pressing needs; so many in need of hearing about Christ; so many saints who need to be discipled: the work is endless. That is why we need all hands on deck. We need all believers to be fully sold out in His work.

And praise God that so many are tirelessly working for the Kingdom, even if the world knows nothing about them, and the church is largely unaware of them. And as always, two things must be said about such men and women of God – and this is true of every one of us.

On the one hand, anything we do for Christ and the kingdom is all because of his grace, not ourselves. We have done nothing really, and all we can do is say what we find in Luke 17:10: “So you also, when you have done everything you were told to do, should say, ‘We are unworthy servants; we have only done our duty’.”

But, on the other hand, we also can take heart that one day we will hear these incredible words from our Lord: “Well done, my good and faithful servant. You have been faithful with a few things; I will put you in charge of many things. Come and share your master’s happiness!” (Matthew 25:21).

So let us all keep on keeping on. Perhaps no one knows of all the tears, toil, and effort you are putting into serving Him. That is OK, for He knows. And that is enough.

6 Replies to “Divine Activity Behind the Scenes”