I seem to have the sort of personality or temperament where I tend to see more evil, pain, suffering and ugliness in the world than I do goodness, pleasure, joy and beauty. Both make sense in the Christian worldview: the latter because we are made in God’s image and under his common grace, and the former because of sin and the Fall.

So when I recently bought this volume and read through it, the good and the beautiful came much more to the fore. In the world of art and aesthetics, it is neat to know how much and how many of the great things of art we have appreciated and loved for centuries are the result of Christians and biblical Christianity. 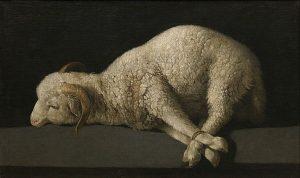 The subtitle of this book is “The Fascinating Stories behind Great Works of Art, Literature, Music, and Film”. Faith was the inspiration for these amazing works of art. The artists were either Christians or greatly impacted by the Christian faith.

Each entry gets around four or five pages, including glossy colour photos. It is a terrific book, and Glaspey is certainly fully adept at giving us informed commentary on a great range of artists and works of art. Here we find works of poetry, music, architecture, sculpture, literature, paintings, drawings, and other forms of art carefully and insightfully explained, as well as detailed information about the artist in question and his historical and cultural setting.

One of course could quibble about what works were included and left out – that would be inevitable with so many great artistic works to choose from. He informs us that these “creative expressions of faith … range across time, genres, and nationalities. This is most emphatically not a list of the absolute best or greatest works, nor does it imply any ranking system.”

The appearance of the works are arranged chronologically, so we have early on things like the paintings in the Roman catacombs (c. 300), Gregorian chants (c. 580), Chartres Cathedral (1134), the stained glass windows of Sainte-Chapelle (1248), and Dante’s The Divine Comedy (c. 1320).

And then we have things from very recent times such as music by Larry Norman, Only Visiting this Planet (1972), Bruce Cockburn, Dancing in the Dragon’s Jaws (1979) and Bob Dylan’s Christian albums (early 80s), as well as novels such as Walker Percy’s The Second Coming (1980) and Frederick Buechner’s Godric (1981).

So there is something here for everyone, covering a wide range of tastes, favourites, genres and historical periods. Consider just a few of these great works of art in a bit more detail. The great European cathedrals, of which Chartres is a sterling example, were more than just magnificent and beautiful pieces of architecture.

They were quite significant for the common man, with the tall, soaring structures lifting both eyes and hearts to heaven. Indeed, in an age of illiteracy for so many, the biblical stories came alive in the stained glass windows and sculptures and statues. The biblical stories and themes are visually on display, bridging the present world with the world to come.

Millions of believers have sung with gusto Amazing Grace but may not know its background. John Newton was a former slave ship captain who had a wonderful conversion and helped William Wilberforce in the great cause of the abolition of slavery.

Newton often wrote a hymn to accompany his sermons, and for his New Year’s Day 1773 sermon based on 1 Chronicles 17:16-17 he also offered this hymn. The hymn was especially used widely by the revivalists during the Second Great Awakening (1780-1840).

Jane Austin’s great novels, including Pride and Prejudice, were the result of a devout Anglican life. She attended church regularly and enjoyed reading sermons. Her novels are full of truths about Christian living, including the fleeting fame of charm and social approval, and the need for “constancy,” the need for enduring and deeper virtues and social traits.

The Black American painter Henry Ossawa Tanner (1859-1937) was raised during the Civil War, and his mother had been a slave, later rescued by the Underground Railroad. His dad became a minister, then Bishop, in the African Methodist Episcopal Church.

While still young he saw an artist at work in a park, and from then on knew what his life’s work would be. He studied art in France, and his works are characterised by the use of light as a means of bringing divine meaning into ordinary situations. His classic 1898 work, The Annunciation offers this in full display.

In it Mary is depicted in very ordinary surroundings, but the divine meets with the human as an angel informs her about how she would become the mother of the Messiah. We are reminded, says Glaspey, that God “communicates to perfectly ordinary human beings in perfectly ordinary circumstances. And the holiness that infuses the picture is less in the flood of golden light and more in the look on Mary’s face, captured in the moment when fear is beginning to give way to contemplation and acceptance.”

Finally, consider Dorothy Sayers, who many non-believers know quite well for her brilliant crime fiction novels, featuring Lord Peter Wimsey. But she wrote many theological works, as well as religious dramas, The Man Born to Be King being one of her most memorable works.

In these religious plays she sought to “present the Christian faith in all its scandalous confrontation with our tidy modern pieties. She saw her primary task, though, not as trying to figure out how to illustrate the Christian doctrines but as telling a good story – entertaining and coherent – and letting the theology emerge.”

This is a terrific book, and one can of course pick it up and read wherever one likes. One can pick an artist or a novel or a piece of music or a work of architecture. It reminds us that our God is a God of superlative beauty, and is wonderfully creative.

Thus even in a fallen world his creatures can reflect some of this beauty and creativity. We are, as Tolkien called us, sub-creators. This book reminds us again of all these truths. The works of art found here inspire us, move us, and should bring us to sing praises to God and glorify his name. As such, it is a very helpful volume indeed.

6 Replies to “A Review of 75 Masterpieces Every Christian Should Know. By Terry Glaspey.”