There would be many thousands of volumes written on the issues of war and peace, and for good reason. Issues of life and death are fundamental, and we need to have some sort of ethical framework by which we assess such matters. The books featured here are mostly about the ethics of war, whether war can ever be justified, how we might morally wage war, and so on.

The bulk of these titles are written by Christians, often for Christians, so they deal with what the Bible and church history have to say about war and peace, along with other considerations (political, philosophical, military, and so on). But some books here are written by non-Christians, and what they have to offer is also of value. 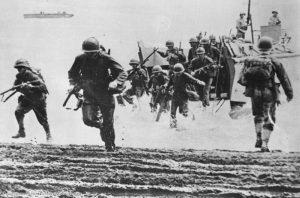 It should be obvious that this is a very small sampling of what is available on the topic. It is by no means any sort of attempt to be exhaustive of course. A whole book would be needed just to list some of the better titles that have been penned over the centuries.

The reason these particular volumes are featured here is because – as with all my bibliographies – they overwhelmingly are books I happen to own and have read. So I can speak to these books better than those I am not familiar with. But they are among the better books, especially for Christians who might be interested in these issues.

For what it is worth, some of you might want to know where I stand on these matters. As with all complex and controversial matters, there are no easy answers, and bumper sticker clichés (eg, “Make love, not war”) are not very helpful.

But, I happen to favour, more or less, just war approaches, and reject, more or less, the pacifist position. If you want to know why that is, you will need to look at the other 86 articles I have written on war and peace and related matters:
billmuehlenberg.com/category/war-and-peace/

Perhaps I can say at this point that this piece is just a short list of some of the pro and con books. It is not meant to unleash WWIII (no pun intended). Those who have really strong opinions either way on these matters and want to start a massive debate are advised to go to one of my other articles on this topic, read it carefully, and then make your case.

As with so many controversial hot potato topics, heat can be generated more easily than light. So if you have a bee in your bonnet about such matters, offer a comment on one of the other articles and interact with it there. Again, this article is simply meant to offer the concerned reader some hopefully helpful recommendations on what books might be worth pursuing.

I begin with a few general titles, then look at the two major options: just war theory and pacifism. Finally, I conclude with some books dealing with the difficult issue of nuclear warfare. Most of these were penned during the heady days of the Cold War.

It would be quite hard – and foolish – to recommend just one or two of the best books from each section, but… Maybe try Holmes and Longman from the general section; Johnson, O’Brien and Ramsey from the just war titles; Yoder from the pacifist list; and Novak in the nuclear section.

Two important articles:
Lewis, C.S., “Why I am Not a Pacifist”. A talk given by Lewis to a group of pacifists in 1940. Reprinted in various collections of his essays.
Niebuhr, Reinhold, “Why the Christian Church Is Not Pacifist,” ch. 1 of Christianity and Power Politics. Scribner’s, 1940.

There are over 60 titles offered here – they should keep you busy for a while! Once again, happy studying and happy reading.

One Reply to “Recommended Reading on War and Peace”