When we reject the plans of our creator for our life, including our sexuality, we are asking for trouble. Sex is a wonderful gift of God, and when used the way he intended, it is a marvellous thing indeed. But when misused and abused, it can become quite ugly and repulsive.

As we know, in the West sex has become an idol of epidemic proportions. We are being inundated with a tsunami of all things sexual. So each new day brings more bizarre and frightening aberrations of what human sexuality is about, or is meant to be. 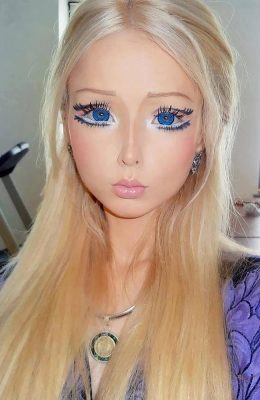 Consider some recent headlines about the ever-degenerating condition of human sexuality. The first short item from the UK concerns a Russian woman who has transformed herself into a living, human Barbie doll. The story begins in this fashion:

“Most little girls grow up playing with Barbie dolls. Some even want to look like them. One 21-year-old has become one, or so she says. Valeria Lukyanova has become an internet sensation in her home country of Russia, claiming on her blog to be the most famed woman on the Russian-language internet.

“Her doll-like features, long blonde hair and ‘perfect’ body make her look like a real life Barbie. Horrified viewers have slammed the model over her looks. One commented: She looks not only ugly, but ridiculous while another wrote: ‘A woman with completely perfect features is a boring woman’.”

Or consider another example. It is one thing to make yourself look and act as a non-human. it is another thing to suggest that non-humans will make for great sexual partners with humans. but that is what a couple of academics from New Zealand are proposing. They believe that in the near future robot love will be all the rage. I kid you not.

Here is what one write-up about this says: “Are robots the future of prostitution and sex tourism? That’s what two New Zealand researchers claim. Ian Yeoman, management professor, and Michelle Mars, sexologist, are researchers at Victoria University of Wellington in New Zealand. Their work together revolved around the concept of futuristic sex tourism.

“The hypothesis? Sex robots would become the leading ladies of sex-for-profit in the seemingly distant year of 2050. The paper was called ‘Robots, Men and Sex Tourism,’ a work that made its way into a journal called Futures, according to a report in The Dominion Post.

Hey, who am I to judge? To each his own right? I sure don’t want to appear to be intolerant and judgmental here. And hopefully governments will not be discriminating against these poor folks who get their kicks out of plastic and metal. They have their rights too you know.

But the interesting thing is, this is not the first time futurologists have talked about such sexual insanity. Consider a major article in the Futurist magazine of some years back. It too talked about all the brave new world scenarios of human sexuality.

The magazine is produced by the World Futurist Society based in America. In a 2004 edition a cultural historian wrote an article entitled “The Transformation of Marriage”. Stephen Bertman, professor emeritus of languages, literatures, and cultures at Canada’s University of Windsor, argued that marriage may be “a semantic artefact of a lost world”. He argued that it is not just the transience of marriage that is at issue now. “It is the very definition of the term that futurists must now address. A radical redefinition of marriage is now under way that promises to transform its meaning for all future time.”

He gave as his first example same-sex marriage. He did not stop there however. He then went on to speak of other types of marriage. Seemingly with a straight face, he first raised the prospect of “interspecies marriage”. This is the “potential for the sexual union of human beings and aliens”. From there he mentioned the option of marriages to pets. Why couldn’t an “individual choose to affirm the emotional attachment he or she feels for a pet with the formality of a documented ceremony in which the human partner promises to love and honor the animal companion?”

And finally, presumably still with the utmost seriousness, he speaks of the “theoretical possibility” of “the marriage of human beings to inanimate objects”. He speaks of how many men love their cars, or how many people have formed an intimate relationship with their computer. “Why should not this bond of tactile intimacy be validated by more than an owner’s manual?” he asks, seemingly in complete sincerity.

Given the major push for same-sex marriage today, I guess one has to wonder just how far-fetched all this might be. Indeed, the arguments for SSM can be used to justify all sorts of other strange combinations. As William Bennett has written, “once marriage has been detached from the natural, complementary teleology of the sexes, it becomes nothing more than what each of us makes of it”.

Or as David Frum once commented, “What we are doing by creating this institution to be called ‘gay marriage’ is smashing marriage and replacing it with a whole new set of arrangements that apply to everybody, not just homosexuals, everybody, in which marriage is a unique contract between any two or more adults who want to enter into it and set by any rules. It makes marriage impermanent, and it turns children into commodities.”

Quite so. So with the radical sexual revolution of the homosexual activists under way, and gaining ground in certain quarters, I guess we getting less and less able to withstand the other assaults on sexuality and marriage. If you love your robot and want government sanction for your union, I guess we have little ground to stand on once we legalise SSM.

As G.K. Chesterton wrote, “A society that claims to be civilized and yet allows the sex instinct free-play is inoculating itself with a virus of corruption which sooner or later will destroy it. It is only a question of time.” He sure got that right.