No day passes without some tragedy or horrific case of suffering. And when these things happen, inevitably the questions arise: Why? Where was God? How could God allow this to happen? At the moment much of the world is still waiting to learn more about Malaysian Airlines Flight 370, missing for almost a week now.

Just what became of the plane and its 239 passengers and crew? Was it terrorism? Just where is the plane – or its remains? Why are there so very few details so far? Obviously for family and friends the wait for answers is excruciating. But suffering and evil are a common occurrence, and MH370 is yet just another example of this. 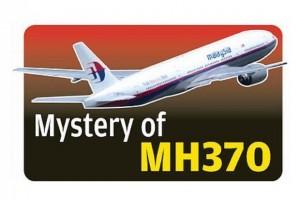 I of course am not here going to shed any new light on this particular tragedy or the bigger issue of God and suffering. Entire libraries have been written on this, and we still do not have all the answers, and never will, this side of eternity. But a few points can be raised nonetheless.

My daily reading can come to our aid here. Just a few days ago I read this passage: “But the Israelites said to the LORD, ‘We have sinned. Do with us whatever you think best, but please rescue us now.’ Then they got rid of the foreign gods among them and served the LORD. And he could bear Israel’s misery no longer.” (Judges 10:15-16)

Admittedly the Hebrew of 10:16b is rather ambiguous. But if the NIV is more or less correct in its translation, then we have here the idea of a supreme being who is the transcendent creator of all things, yet a personal being who actually cares deeply about our everyday plight.

This is an amazing yet biblically-sound reality. Our God is not unconcerned about our situation, and regularly acts on our behalf. Many other texts could be appealed to here. Consider just one other Old Testament passage, Isaiah 63:9-10:

“In all their distress he too was distressed, and the angel of his presence saved them. In his love and mercy he redeemed them; he lifted them up and carried them all the days of old. Yet they rebelled and grieved his Holy Spirit. So he turned and became their enemy and he himself fought against them.”

Here we have a God who both cares for and acts on behalf of his people. No other religious system offers us such a concerned and involved God. Many in fact present us with the opposite. Deism for example posits a God who created everything, but after that, has taken a hands-off approach to creation.

The God of Islam – Allah – is also remote, aloof, totally transcendent, and impervious to the claims of mere men. The idea of a personal relationship with Allah, of seeing him as a loving heavenly father, is of course totally unknown in Islam.

Only the Judeo-Christian portrait of God gives us what we need: a fully transcendent and all-powerful God, yet one who is also fully immanent, involved in our personal lives and responsive to our needs. But I speak to that in much more detail here: billmuehlenberg.com/2013/08/05/on-gods-immanence-and-transcendence/

The whys of suffering and tragedy will never be fully answered in this life. But instead of a why we have a who. We have a personal God who is intimately concerned about us, and who will act on our behalf – not always perhaps, but when and where needed.

In his brand new book, A Reasonable Response (a collection of his earlier Q&As from his web site), William Lane Craig cites another Christian philosopher, Alvin Plantinga. He writes: “As the Christian sees things, God does not stand idly by, cooly observing the suffering of His creatures. He enters into and shares our suffering. He endures the anguish of seeing his son, the second person of the Trinity, consigned to the bitterly cruel and shameful death of the cross. Some theologians claim that God cannot suffer.

“He was prepared to accept this suffering in order to overcome sin, and death, and the evils that afflict our world, and to confer on us a life more glorious than we can imagine. So we don’t know why God permits evil; we do know, however, that He was prepared to suffer on our behalf, to accept suffering of which we can form no conception.”

Now at this juncture some of my more theologically astute readers will want to ask more about an issue just raised by Plantinga: divine impassibility. That is a mega-topic which I of course cannot do proper justice to here. But I have briefly discussed it elsewhere, eg: billmuehlenberg.com/2013/02/07/a-review-of-god-is-impassible-and-impassioned-toward-a-theology-of-divine-emotion-by-rob-lister/

Let me simply offer a few quick closing words about this issue. Christians can and do disagree as to what extent, if any, God actually suffers, has emotions, and so on. We want to be true to the biblical data however as we approach this issue. While God clearly does not change, he may be said to have passion or emotion.

And as always, the best way to get a proper handle on all this is to look at the cross. There we so fully and so vitally learn about who our God is and how he acts on our behalf. Of the many authors I can cite here, let me mention just one: D.A. Carson. In his very helpful volume How Long O Lord? (1990, 2nd ed., 2006) he has a whole chapter on “The Suffering God”.

He reminds us that “The cross reveals the kind of God we trust”. Discussing the doctrine of the impassibility of God, he urges us to reject two unbiblical extremes: that God is changeless and has utterly no passion or emotion; and that God has passion but is ever-changing.

Scripture assures us that God is unchanging, but it also clearly speaks to his emotions. As Carson writes, “The biblical evidence, in both Testaments, pictures God as a being who can suffer. Doubtless God’s suffering is not exactly like ours; doubtless metaphors litter the descriptions. But they are not metaphors that refer to nothing, that are suggestive of nothing. They are metaphors that refer to God and are suggestive of his profound emotional life and his distinctly personal relationships with his people.

“If the term ‘impassible’ is to be preserved – and I think it can be – then one must use it to affirm that God is never controlled or overturned by his emotions. We human beings speak of ‘falling in love’ and ‘exploding in anger’ or simply ‘losing it.’ God never ‘loses it.’ What he does – whether in righteous wrath or in tender love – he does out of the constancy of all his perfections. In that sense, I think, we may usefully speak of God being ‘impassible.’ But never should we succumb to the view that God is exclusively cerebral, utterly without emotions.”

Once again, the cross is where we must look to get a proper handle on this. And it is the way to properly deal with suffering and tragedy. “To focus on the cross of Christ not only grounds our faith on the God who is loving and faithful, but also gives us an example in his sacrificial and redemptive love that we can never outstrip. When we suffer, there will sometimes be mystery. Will there also be faith? Yes, if our attention is focused more on the cross, and on the God of the cross, than on our suffering.”

And again: “In the darkest night of the soul, Christians have something to hang onto that Job never knew. We know Christ crucified. Christians have learned that when there seems to be no other evidence of God’s love, they cannot escape the cross. ‘He who did not spare his own Son, but gave him up for us all – how will he not also, along with him, graciously give us all things?’ (Rom. 8:32).”

In this life suffering and tragedies will continue. But for the Christian, there is genuine hope: hope in a God who is not impervious to our suffering, but very much enters into our world of suffering. Somehow and some way, we appear to worship a suffering God – a God who cares deeply about us and acts on our behalf.

8 Replies to “A God Who Cares, and Gets Involved”