Marx and Engels published The Communist Manifesto in 1848. The goal of worldwide revolution did not quite pan out during Marx’s lifetime. Indeed, it might have seemed to him that his hopes were not going to be realised. In fact, things weren’t looking too good when he died in 1883 and only a handful of people bothered to show up for his funeral.

Perhaps Marxism would have been buried with Marx back then, but he still had plenty of avid followers. His vision for the destruction of the West was still carried on by others. In the same year of his death a new movement was launched to continue his dreams. 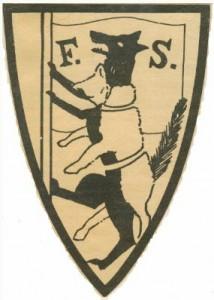 The Fabian Society was established in 1883 to keep the dream alive. It had the same end in mind, but simply tweaked the means. It was dedicated to spreading socialism by evolution, rather than by revolution. As a clear indication of their new modus operandi, the symbol of the Fabians was a wolf in sheep’s clothing.

Many famous names can be mentioned here: John Maynard Keynes was a member of the British Fabian Society, and British socialists Sidney and Beatrice Webb were both early active members. And the group’s first pamphlet made clear their aims:

“For the right moment you must wait, as [Roman General] Fabius did most patiently, when warring against Hannibal, though many censured his delays; but when the time comes you must strike hard, as Fabius did, or your waiting will be in vain, and fruitless.”

It was still a full-fledged communist movement, with one early Fabian Socialist leader, George Bernard Shaw saying: “I am a Communist and always call myself so.” He made clear how subverting the system from within was their desired objective:

Our propaganda is one of permeating – we urged our members to join the Liberal and Radical Associations in their district, or, if they preferred it, the Conservative Associations – we permeated the party organisations and pulled all the strings we could lay our hands on with the utmost adroitness and energy, and we succeeded so well that in 1888 we gained the solid advantage of a Progressive majority full of ideas that would never have come into their heads had not the Fabians put them there.

Many other leaders in the cultural Marxist movement could be mentioned here, including the Italian Marxist, Antonio Gramsci (1891-1937). In 1921 he cofounded the Italian Communist Party, but his hopes of a speedy revolution did not materialise.

He came to see that cultural forces, including Christianity, were standing in the way of the revolution. He realised that the most important mission for socialism was to ‘capture the culture’. Thus he began to speak of “the long march through the institutions”.

The revolution could be achieved by taking over the institutions of power and influence, such as the judiciary, education, the media, politics, and the churches. To achieve these aims, during the 1930s he wrote over 2000 pages on how to take down a Judeo-Christian culture from the inside. His influence has been great, as will be seen.

The rise of Hitler meant that most of the key players moved to America, taking up positions in key US universities. Major members of the movement include Herbert Marcuse, Max Horkheimer, Jurgen Habermas,Theodor Adorno, Erich Fromm, and Leo Lowenthal. I discuss them more fully elsewhere: billmuehlenberg.com/2009/05/11/the-frankfurt-school-and-the-war-on-the-west/

It became the birthplace of Critical Theory. This meant that every aspect of Western Christian culture had to be undermined by incessant criticism. Everything about the West had to be ferociously attacked as evil, corrupt, backwards and destructive: Christianity, capitalism, authority, patriotism, the family, patriarchy, morality, especially traditional sexual morality, etc.

They used all the outlets, and most notably the universities, to seek to convince undiscerning students and others that the West was a hotbed of all things evil: sexism, racism, imperialism, colonialism, nationalism, homophobia, and so on.

Their aim was to help destroy the West from within, and demoralise its citizens so that a revolution would be welcomed. As another original founder of the Frankfurt School, Willi Munzenberg put it: “We are going to make the West so corrupt, it stinks”.

As one recent analyst stated, “Their entire purpose was to detach our culture from any moral anchors whatsoever.” And they have been exceedingly successful in doing this for over a half century now.

In the US, Saul Alinsky (1909-1972) was another committed Marxist who sought to destroy America and the West from within. He was a disciple of Gramsci, a Chicago-based communist, and community organiser. In 1971 his hugely influential book appeared, Rules For Radicals.

While he earlier on sought for a bloody armed revolution, he too learned the value of taking over a culture from within, and his book is a brilliant treatise on how this can be achieved. He knew the value of blending in, and white-anting the system internally.

True revolutionaries, he taught, do not flaunt their radicalism, but cut their hair, don suits and infiltrate the system from within. The one to whom he dedicated his book tells us a lot: “Lest we forget at least an over-the-shoulder acknowledgment to the very first radical: from all our legends, mythology, and history… the first radical known to man who rebelled against the establishment and did it so effectively that he at least won his own kingdom — Lucifer.”

Thanks to all the hard work done by the cultural Marxists, we now have Barack Hussein Obama in the White House. His whole life has been spent under the tutelage of Marxists. His training took place early on, with Frank Marshall Davis mentoring Obama in his childhood during the 70s. Davis was a member of the Communist Party USA, a Stalinist agent working in the United States.

His move to Chicago put him in touch with the work of Alinsky. He was trained by Alinsky’s Industrial Area Foundation and spent years teaching workshops for the Alinsky method. In 1985 he did a four-year stint as a community organiser in Chicago, working for the Alinskyite group, Developing Communities project. He later worked with ACORN and its offshoot Project Vote, both creations of Alinsky and his network.

Alinsky’s son L. David Alinsky said this about him: “Obama learned his lesson well. I am proud to see that my father’s model for organizing is being applied successfully beyond local community organizing to affect the Democratic campaign in 2008. It is a fine tribute to Saul Alinsky as we approach his 100th birthday.”

All this explains why he has now surrounded himself with other radicals, such as Attorney General Eric Holder. As a college student he participated in an armed takeover of a Columba university ROTC office. And consider his close mates; one long-time Obama friend is William “Bill” Ayers.

He was a radical Weather Underground operative, terrorist and bomber. Ayers brought Obama to Chicago, and he worked with Ayers for eight years. As he said much more recently, “I don’t regret setting bombs. I feel we didn’t do enough.”

Interestingly, Barack Obama’s autobiography “Dreams From My Father” was ghost written by Bill Ayers. So if you are wondering why we have the most destructive, anti-Christian, pro-abortion, pro-homosexuality, pro-Islam POTUS ever, well the pieces of the puzzle should now be falling into place.

This has only been the briefest of outlines of a very detailed and worrying story. Plenty of documentation of course can be pro-offered here. Let me note just two very important books which document in detail the Marxist underpinnings and associations of Obama, and how we can trace a direct lineage back to Marx:

The 2009 booklet by David Horowitz, Barack Obama’s Rules for Revolution, is also well worth getting. These and other works aptly document the fact that we have occupying the White House today someone thoroughly steeped in cultural Marxism, and one who is actively working to implement his Marxist vision for the nation.

The truth is, Marxism did not die with the death of Marx. And it did not end with the fall of the Berlin Wall in 1989. It has been with us for a century now, and those dedicated to the destruction of the West have simply morphed into a new shape, but are still alive and well, still working towards the same nefarious ends.

A fundamental rule of warfare is to know your enemy. It is time those in the West who value faith, freedom and family do that real soon, before we lose it all.