A fascinating passage in the Old Testament speaks about the sons of Issachar. These were “men who understood the times and knew what Israel should do” (1 Chronicles 12:32). They had discernment, insight, and knew that which needed to be done.

The church certainly can use some sons of Issachar today. We need wise, incisive and perceptive believers who can help guide the church through perilous times. We need prophetic voices who have God-given insights and understanding of how the church should act.

Let me provide just one example of this need. We are finding more and more cases of Christian bodies who are doing great work, but because of government funding, they are being forced to compromise, capitulate, or be co-opted. While there was plenty of freedom for such groups just a decade or two ago, today things are changing radically.

There have been all sorts of Christian groups, parachurch organisations, and churches which are up to their ears in helpful social services and programs. But the problem is more and more of them are being forced to water down their Christian emphasis. 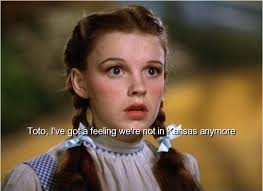 And sadly, many Christians, especially older ones, are thinking in terms of what things were like 20, 30, 40 or more years ago. They still think all is smooth sailing here. But things have changed in the West – radically. It is not just that most Western nations are no longer Christian. It is not just that most nations are now post-Christian. The real problem is that most Western countries today are becoming actively anti-Christian.

And that should not be surprising. The secular state has always rested uneasily with the church. Sure, until recently, many Western states knew the value of biblical Christianity, and were happy to support their charitable works and social programs, whether by tax-breaks, direct financial assistance, or other means.

Now I think that a case can be strongly made for why such government help in the past was sensible and justified. Christian groups, churches and individuals have done a huge amount of good in society over the centuries. Often they have been far more effective and helpful than any impersonal government program.

So there was always a good reason, up until recently, for such groups to get some government help and promotion – even some government funding. But we are not in Kansas anymore. Things have changed greatly, even over the past few years.

Today Western governments are becoming increasingly secularised, leftist, and hostile to all things Christian. Various activist minority groups have effectively won over government support, and they are waging a war against Christianity and Christian values.

Of course all that is to be expected, and the Bible warns us about this time and time again. But sadly some Christians still think everything is peachy here. They are living in the past on this one. They are not aware of how greatly the landscape has changed.

I am personally aware of a number of such groups. They started out strong as forthright Christian groups, but today much of their Christian witness has all but disappeared. Many of these groups even forbid their workers to share the gospel or actively proselytise or even pray for their “clients”. In order to keep the state happy – and to keep that money rolling in – they have watered down the gospel big time.

And what concerns me is the fact that millions of Christians still support these groups with their hard-earned dollars, thinking they are supporting an explicitly Christian organisation. But if they end up doing no more than pagan social programs and aid groups, then why keep supporting them?

Indeed, what is the point of a Christian organisation being out there in the first place, if they cannot talk freely about the gospel, and share openly about vitally important biblical truths. Simply the way in which such groups can no longer say anything about key issues such as marriage, family and sexuality is a huge concern.

Activist groups have gotten the ear of the state, and they are forcing Christian groups to adhere to their PC line, or face reprisal. But if a group has to agree to that many restrictions and constraints, then why even bother? Any secular humanist group can then do the job, if the gospel has been so sidelined or suppressed.

If a Christian organisation is not able to freely and fully proclaim biblical truth, for whatever reason, then it needs to undertake a major rethink. Just why are they there, and what is their core mission? And more importantly, who do they fully trust in all this?

My challenge to the church in general, and to these aid and charity groups in particular that still call themselves Christian is this: why not spend a bit of time alone with almighty God, and seek his face as to where things are at? The CEOs and board members should certainly take time out of their busy schedules to do this very thing – regularly, if they are not already doing so.

They need to let God search their hearts and give him room to speak. Is God still the object of their complete and unreserved trust, or is the state bit by bit taking that place? Has the gospel been allowed to be compromised or even silenced, so that these many good activities can still take place? Has the original vision and calling of the group become lost or marginalised?

I fully believe that God is today shaking and sifting his church in the West. He is separating the wheat from the chaff, the men from the boys, the true followers of Jesus from the nominal ones. I believe this time of shaking is also involving parachurch groups, Christian organisations, even entire denominations.

God is reserving for himself a pure bride, and any worldliness, carnality, compromise and fear of man must be weaned away. That is why I believe God is allowing all the recent church and state skirmishes to take place, including the most recent one with SU.

We thank God for all the wonderful groups which have done so much in the past for Christ and the Kingdom, and still are in many ways. But as the state continues in its anti-Christian march, these groups need to decide ahead of time which way they will go.

Will they do everything they can to keep onside with the state, and the state gravy train, or will they declare that God comes first, must come first, and always will come first, even if it means losing all state support – financial or otherwise?

And if it takes being shut down or radically wound down for a Christian organisation to free itself from government shackles to properly minister in a fully biblical fashion, then I for one have no problem with that. I would much rather have a full-on Christian organisation operating biblically with its own funding, than a compromised and half-hearted one depending on state monies.

12 Replies to “We Are Not In Kansas Anymore”