I certainly wasted no time in challenging the latest bit of nonsense to come forth from the American President’s mouth. His deplorable remarks at the National Prayer Breakfast in Washington were among the worst things ever that he said – and he has said an awful lot of bad things. See my response here: billmuehlenberg.com/2015/02/06/obama-dhimmi-in-chief/

It is gratifying to note that I was not alone in outrage and indignation over the diabolical lies Obama was peddling. I note that plenty of others have also come out swinging, and there is now so much good stuff out there that it is worth quoting a bunch of these folks. 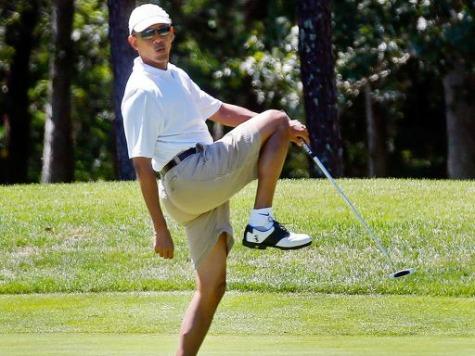 Indeed, people of all stripes were rightly incensed by his moronic remarks, whether Jews, Christians or secularists. Let me begin with Michelle Malkin who got right to the point in a tweet: “ISIS chops off heads, incinerates hostages, kills gays, enslaves girls. Obama: Blame the Crusades.”

Today at the National Prayer Breakfast, the president implied that what ISIS is doing is equivalent to what happened over 1,000 years ago during the Crusades and the Inquisition. Mr. President, many people in history have used the name of Jesus Christ to accomplish evil things for their own desires. But Jesus taught peace, love and forgiveness. He came to give His life for the sins of mankind, not to take life. Muhammad on the contrary was a warrior and killed many innocent people. True followers of Christ emulate Christ – true followers of Muhammad emulate Muhammad.

Ralph Peters offers a good historical overview of the situation:

In his ignorant and bigoted remarks to religious leaders this week, President Obama parroted jihadi propaganda. Bored (when not annoyed) by facts, the president referred to the Crusades and the Inquisition as evidence of the horrors religion can wreak. That kind of talk emboldens the Islamist line that Christian bad behavior justifies the Middle East’s bad behavior even today.
The president knows as little about history as he does about warfare, and even less about religion. But he’s not alone. With the Left’s successful destruction of history instruction in our schools and universities, even “well-educated” creatures of Washington accept the Arab fantasy that the cultural incompetence, practical indolence, and spiritual decay of the entire Middle East stems from Richard Coeur de Lion’s twelfth-century swordplay.
Stop it! All of you! And try reading a book or two on the subject. Meanwhile, here’s a starter course in the vast tragedy jihad has posed for every civilization it’s touched for the past 14 centuries — while the Crusades mythologized by Islam’s apologists were a two-century blip whose only practical legacies are a few ruined castles.

He gives us a good amount of detail on all this, and then concludes:

In a lifetime of travels, I have stood in two literally haunted spots: the compact gas chambers of Auschwitz and the vastness of Hagia Sophia. Even the huge Islamic medallions scarring the latter – a church more important to my faith than St. Peter’s in Rome – cannot put down the ghosts of 14 centuries of slaughtered, enslaved, raped, and oppressed Christians who endured Islam’s endless jihad. And our president blames the Crusades.

And Jonah Goldberg said this:

Obama’s right. Terrible things have been done in the name of Christianity. I have yet to meet a Christian who denies this. But, as odd as it may sound for a guy named Goldberg to point it out, the Inquisition and the Crusades aren’t the indictments Obama thinks they are. For starters, the Crusades — despite their terrible organized cruelties — were a defensive war.

He too looks at the Crusades in more detail, and then concludes:

When Obama alludes to the evils of medieval Christianity, he fails to acknowledge the key word: “medieval.” What made medieval Christianity backward wasn’t Christianity but medievalism. It is perverse that Obama feels compelled to lecture the West about not getting too judgmental on our “high horse” over radical Islam’s medieval barbarism in 2015 because of Christianity’s medieval barbarism in 1215. It’s also insipidly hypocritical. President Obama can’t bring himself to call the Islamic State “Islamic,” but he’s happy to offer a sermon about Christianity’s alleged crimes at the beginning of the last millennium.
We are all descended from cavemen who broke the skulls of their enemies with rocks for fun or profit. But that hardly mitigates the crimes of a man who does the same thing today. I see no problem judging the behavior of the Islamic State and its apologists from the vantage point of the West’s high horse, because we’ve earned the right to sit in that saddle.

Rush Limbaugh also weighed into all this, pointing out some obvious differences between Islam and almost every other religion:

Finally, Ben Shapiro reminds us that Obama has been a long standing critic of Christianity while being a long-standing proponent of Islam:

He said in The Audacity of Hope that he would define Biblical values however he chose, stating that he is not willing “to accept a reading of the Bible that considers an obscure line in Romans to be more defining of Christianity than the Sermon on the Mount.” Both are, in fact, parts of the Bible. Citing the Sermon on the Mount to justify civil unions for homosexuals, as Obama has done, is not in fact Biblical.
But more importantly, Obama’s scorn for the old-fashioned Bible is obvious. That became more obvious in 2008, when Obama told some of his buddies in San Francisco that unemployed idiots “cling to guns or religion or antipathy to people who aren’t like them or anti-immigrant sentiment or anti-trade sentiment as a way to explain their frustrations.”
The Obama administration has routinely attacked religious organizations and people who violate Obama’s personal political predilections. They’ve attacked all trappings of Christianity as well. Whether they’re using Obamacare to force religious individuals to pay for others’ contraception or toning down the National Day of Prayer instead of holding a public ceremony, whether they’re covering a monogram of Jesus at Georgetown University during a presidential speech or objecting to adding FDR’s D-Day prayer to the WWII memorial, the Obama administration clearly isn’t fond of Christianity.
This contrasts strongly with President Obama’s romantic vision of Islam. He famously called the Muslim call to prayer “the sweetest sound I know.” He said in his first presidential interview, with Al-Arabiya, that his job was “to communicate to the American people that the Muslim world is filled with extraordinary people who simply want to live their lives and see their children live better lives.” Weeks later, he said in Turkey, “We will convey our deep appreciation for the Islamic faith, which has done so much over the centuries to shape the world — including in my own country.” A few months later, in a speech in Cairo to which he invited the Muslim Brotherhood, Obama said:
I have known Islam on three continents before coming to the region where it was first revealed. That experience guides my conviction that partnership between America and Islam must be based on what Islam is, not what it isn’t. And I consider it part of my responsibility as President of the United States to fight against negative stereotypes of Islam wherever they appear.
He added that Islam has a “proud tradition of tolerance,” explained, “Islam is not part of the problem in combating violent extremism – it is an important part of promoting peace,” and said, “America and Islam are not exclusive and need not be in competition. Instead, they overlap, and share common principles of justice and progress, tolerance and the dignity of all human beings.” He said in his Ramadan message in 2009 that Islam has played a key “role in advancing justice, progress, tolerance, and the dignity of all human beings.”
ISIS, Obama has said over and over again, is not Islamic. His administration maintains that America is not at war with radical Islam….

All these articles are worth reading in full. It is simply incredible that America right now has a POTUS who is either wilfully ignorant, utterly deceived, or something far worse, when it comes to these matters. To have this man actually running the United States is frightening in the extreme.

In conclusion, you all should watch this 5-minute video contrasting jihad with the Crusades: www.youtube.com/watch?v=I_To-cV94Bo