I was just asked by someone greatly concerned about Barack Hussein Obama and his continued promotion of Islam to write an article on his latest case of appeasement and dhimmitude. I assured her that not only have I written about him plenty of times already, but I would certainly be putting pen to paper on his latest outrage.

In case you have not heard, the most pro-Islam – and the most anti-Christian – POTUS ever just gave an incredibly bad talk at the National Prayer Breakfast of all places, telling us that ISIS and some Christians are morally identical and we have no grounds to complain about Islam. 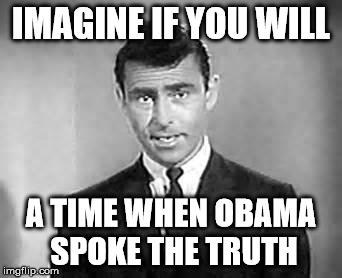 Yes he actually said that. As one report states:

At the National Prayer Breakfast, President Obama reminded attendees that violence rooted in religion isn’t exclusive to Islam, but has been carried out by Christians as well. Obama said that even though religion is a source for good around the world, there will always be people willing to “hijack religion for their own murderous ends.”
“Unless we get on our high horse and think this is unique to some other place, remember that during the Crusades and the Inquisition, people committed terrible deeds in the name of Christ,” Obama said.

This is wrong on so many counts that one is left utterly flabbergasted. First of all, what exactly transpired during the Crusades and the Inquisition? Were they in fact terrible blights on Christianity, or is there more to the story than the usual PC storyline?

Actually there is, but I won’t repeat it all here, since I have already written detailed articles on both episodes, giving them some context and perspective. See here for more on this:

I encourage you to have a read of these two pieces if you want more background and insight into what actually transpired and why. But in the meantime, Catholic writer Bill Donohue offers a short look at these two historical events, along with a bit of strong commentary on our Dhimmi-in-Chief:

Obama’s ignorance is astounding and his comparison is pernicious.
The Crusades were a defensive Christian reaction against Muslim madmen of the Middle Ages. Here is how Princeton scholar and Islamic expert Bernard Lewis puts it: “At the present time, the Crusades are often depicted as an early expansionist imperialism—a prefigurement of the modern European countries. To people of the time, both Muslim and Christian, they were no such thing.” So what were they? “The Crusade was a delayed response to the jihad, the holy war for Islam, and its purpose was to recover by war what had been lost by war—to free the holy places of Christendom and open them once again, without impediment, to Christian pilgrimage.”
Regarding the other fable, the Inquisition, the Catholic Church had almost nothing to do with it. The Church saw heretics as lost sheep who needed to be brought back into the fold. By contrast, secular authorities saw heresy as treason; anyone who questioned royal authority, or who challenged the idea that kingship was God-given, was guilty of a capital offense. It was they—not the Church—who burned the heretics. Indeed, secular authorities blasted the Church for its weak role in the Inquisition.
According to St. Louis University and Crusade scholar Thomas Madden, “All the Crusades met the criteria of just wars.” How many ISIS atrocities, Mr. President, have met the criteria of just wars? The ones where they buried people alive, stoned children, raped women, and crucified men? Moreover, according to Henry Kamen, the leading authority on the Inquisition, a total of 1,394 people were killed during the Inquisition. Today, Muslim madmen kill more than that in a few months.
The President should apologize for his insulting comparison.

He certainly should. Imagine offering this brainless moral equivalency at a National Prayer Breakfast! And imagine even further if Obama were invited to speak at an important Islamic event, and he started waffling on about how Islam has its bad eggs too, etc.

He would never, ever, even countenance doing such a thing. But when it comes to bagging Christianity, well, this has become a favourite pastime of BHO. He does it at every available opportunity. He is one of the biggest apologists for Islam in America, and one of the most incessant adversaries of Christianity.

And of course he is just plain wrong about all this. While he did finally, reluctantly acknowledge that ISIS might in fact actually have something to do with Islam, he immediately offered this dhimmi remark: ISIS is “betraying it.” Um no, ISIS is not betraying Islam, it is carrying out the Islamic faith to a T.

These are devout Muslims who take their faith seriously. However, as I have written so often before, when a Christian kills in the name of Christ, then yes, he most certainly is betraying his faith. The New Testament nowhere commands a Christ follower to kill in the name of the religion.

But that too I have dealt with at length and in great detail. See here for example:

As I have documented elsewhere, the Islamic holy books and manuals of jurisprudence all enjoin violent jihad and terror against the infidels. This is standard Islamic practice, something Muhammad himself regularly engaged in, and he expected all his followers to do likewise. See some of the Koranic commands on this here:

Moreover, the Crusades took place a thousand years ago while Islamic acts of bloodshed, mayhem and terror happened – er, are happening right now. Has he already forgotten about the Jordanian pilot burned alive by these devout Muslims?

So Obama is guilty of gross dissimilitude, deception, and appeasement here. There simply is no moral equivalence between these two religions whatsoever. One is all about the love of God as demonstrated by the Prince of Peace, while the other is about the wrath of Allah promoted by this violent political ideology. There is no common ground here at all.

Thomas Sowell, writing about Obama’s recent trip to India said this about him: “Make no mistake about it, there is no society of human beings in which there are no rotten people. But for a President of the United States to be smearing America in a foreign country, whose track record is far worse, is both irresponsible and immature.”

He can be paraphrased about this situation as follows: for a President of the United States to be smearing Christianity in America, while defending political Islam, whose track record is far worse, is both irresponsible and immature.