A term used much in discussions about God, creation and evil comes from the Greek word telos which means end or purpose. The teleology of something has to do with its purpose or aim or goal. The teleological argument for God’s existence has to do with design in nature pointing to a designer or creator. The negative dys- (think of dysfunction or dystopia), is applied to the word by those arguing against a designer.

Thus dysteology is an anti-theistic argument based on seemingly poor design, indicating a poor designer, no designer at all, or a lack of purpose and telos. Critics of theism claim there is a lot of suboptimal stuff out there, indicating a suboptimal creator or designer. This is part of their argument against God.

As but one example, Stephen Jay Gould presented a collection of essays in 1980 entitled The Panda’s Thumb. Part of the volume looks at how evolution accounts for what he considered to be the poorly functioning thumb of the panda.

While plenty has been written on all this, both pro and con, let me seek to offer an extremely brief introduction to this discussion. How might a theist reply to these charges of dysteleology? Much can be said, but let me offer a few points (all of which would require much greater elaboration to even begin to properly address the complexities of the debate). 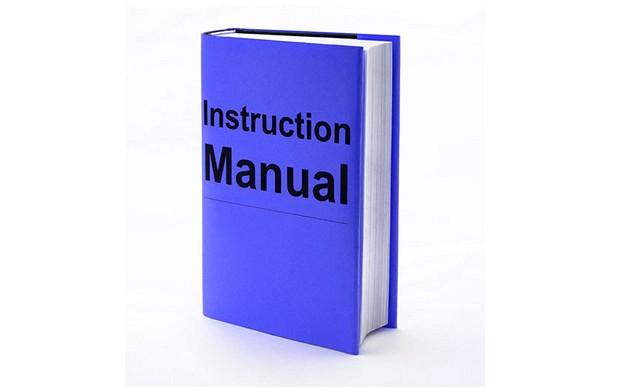 The first and major point the Christian would raise is that Scripture makes it clear that the way things are now are not the way God originally intended them to be. Because of the Fall, nothing is quite right, and things have moved away from the intent of the original design.

Because of sin, the world is out of whack, and is hardly reflective of what was originally intended. Sin warps and ruins everything, so the good that God had in mind for his creation is now not being fully realised. But this is temporary – in the light of eternity – and one day a New Heaven and New Earth will restore things to what they were meant to be like.

As Stephen Meyer puts it,

The Bible says there has been decay or deterioration because evil entered the world and disrupted the original design. We’re not given all of the specifics on how this happened, but the biblical book of Romans affirms the natural world is groaning for its redemption, because something has gone wrong with the original creation. Based on the biblical account, we would expect to see both evidence of design in nature as well as evidence of deterioration or decay – which we do.

That is part of the biblical and theological response to this, but it of course needs to be teased out in much greater detail to properly do it justice. However, other things can be said about the dysteleology arguments. Let me offer four more brief points here:

One, design can be poor, but it is still design. We know of all sorts of things designed by human designers which may not have been all that hot, whether lemon cars (such as three-wheeled cars that easily flipped over), various versions of computer software (dare we say, some MS Windows versions?), children’s toys which turned out to be quite dangerous or risky for young kids, and so on.

But design of course is not disproved or ruled out of court simply because something is poorly designed. Even if something is designed appallingly badly, that does not mean a designer does not exist. That case still has to be proved on other grounds.

Two, design often involves compromises and trade-offs. Human designers and engineers know this full well. We often have to sacrifice some good things to allow for other good things. As but one example, I recently bought a smaller laptop to take the place of my larger laptop.

Since I do a lot of travelling, a smaller, lighter laptop was very good for that purpose. But of course I had to sacrifice other things, such as a bigger screen, which is often preferable. So trade-offs were considered in my purchasing, just as trade-offs are considered in the design and manufacture of laptops.

We find this all the time. As Benjamin Wiker and Jonathan Witt state in A Meaningful World:

Consider a family automobile. A good design will seek to maximise roominess, fuel economy, manoeuvrability, safety, quietness, acceleration, comfort, low price and a number of other features. One doesn’t have to look at the list long to see that some of the criteria are in tension. Even in the absolute best family car, all of these qualities will not be maximised in isolation from one another.

Both the car manufacturer and the buyer deal with various trade-offs and compromises. You might prefer a much larger car for comfort and spaciousness, etc., but that will likely mean poorer fuel efficiency, and vice versa. And knowing how optimal a design is will also depend on what something is being designed for.

If you are looking for a lean mean speed machine, you will design (and/or buy) an aerodynamically designed sports car, capable of racing along at very high speeds. If you are looking at transporting a family of eight around the country, you will be interested in a large van or even caravan. It of course will be much slower and hardly designed for maximising speed and fuel costs. So the optimal design of something really depends on what it is intended for.

And the bigger picture functions the same way. When we design highways and their speed limits, are they designed simply to obtain maximum speeds? No, they are also designed with other things in mind, such as safety. So there is a trade off between going as quickly as you can but also going as safely as you can.

Three, it is hard to assess good or bad design if we are not aware of what the designer had in mind. If we want to know what that is, we really need to ask the designer. If we purchase some complex, high-tech gismo that requires assembly, yet we throw out the designer’s instruction manual, we will be unlikely to properly assemble it, and may not even know what its optimal features, capacities and capabilities are.

In the case of the created universe, we would need to know what God’s intentions and designs were all about, before we could properly assess the condition of the creation we find ourselves in. And that would involve revelation on his part as to what his purposes, intentions and goals were.

The idea that mere finite, created humans know best about why they are here and how they can best function and flourish without knowing anything about our Creator’s plans and goals for us will leave us floundering in sub-optimal conditions.

It gets even worse when we shake our fists at God and claim his non-existence, thinking we can just make our way through life on our own, always getting the optimal results and outcomes. That is just a recipe for disaster, and one can argue that this is exactly how we are to understand the history of man ever since the Fall.

Finally examples offered of poor design often turn out to be incorrect. Let’s go back to the claims made about the thumb of the panda and its supposed dysfunctionality. As it turns out, many scientists and experts are now telling us that this is in fact a very functional and optimal part of the panda, especially great for peeling bark off bamboo.

The same can be said about so-called “junk DNA”. It is often claimed much of the human genome is made up of such DNA, with no apparent purpose for function. A few years ago an important volume by Jonathan Wells called The Myth of Junk DNA looked at this in great detail. Bill Dembski and Jonathan Witt say this about such DNA:

Instances of it now appear to have several important functions previously overlooked. They regulate the timing of DNA replication and transcription; they tag sites that need to have their genetic material rearranged; they guide RNA splicing and editing; they help chromosomes fold properly; and they regulate embryo development. This is just a partial list. Far from an example of bad design, “junk DNA” has turned out to be one more demonstration that life’s information-processing systems make the best computers humans have managed to devise look like child’s play.

In his book The Design Revolution, Bill Dembski draws most of these considerations together when he says this:

No real designer attempts optimality in the sense of attaining perfect design. Indeed, there is no such thing as perfect design. Real designers strive for constrained optimization, which is something completely different. As Henry Petroski, an engineer and historian at Duke, aptly remarks in Invention by Design: “All design involves conflicting objectives and hence compromise, and the best designs will always be those that come up with the best compromise.” Constrained optimization is the art of compromise between conflicting objectives. This is what design is all about. To find fault with biological design because it misses some idealized optimum, as Gould regularly used to do, is simply gratuitous. Not knowing the objectives of the designer, Gould was in no position to say whether the designer proposed a faulty compromise among those objectives.

Much more can be – and has been – said about all this. But this introductory piece at least raises the issues, and offers some possible ways forward.