That there is a lot of silly and sloppy thinking around goes without saying. And this is by no means limited to non-believers. There can be just as much foolish, illogical and confused thinking coming from believers as well. Mushy-mindedness seems to be an equal-opportunity disease.

Now I am not just praising mere intelligence. There are plenty of people who are quite intelligent but who are also quite stupid. A great mind in and of itself is no great value. But all people – especially believers – should try to use their God-given mind and not let it go to waste.

And many of the rather unintelligent things believers may say are not always fully their fault. Many have simply sucked up the prevailing wisdom of the age, and have simply uncritically accepted everything they encounter in the surrounding culture.

Thus when they open their mouths they simply utter the inanitie 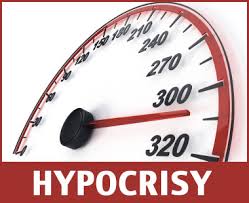 s of the world around them. But Christians of all people are called to discern, to evaluate, to test all things. We are not to think and act like the world. Quite the contrary, we are to have the mind of Christ and live like our Lord.

The lack of biblical thinking is in evidence all around us. On a regular basis I am amazed by remarks I hear or read by fellow believers. For example, often as we seek to speak against the sins of our day, some person will come along saying, “Well, no one’s perfect”.

Um, that is really not all that helpful. As but one example of this, a while ago after I wrote on a political party found to be guilty of gross hypocrisy, I received the following comment: “aren’t we all hypocrites? If so, what is the point of pointing out another’s hypocrisy?”

Well in this case we have a political party making a moral stink about the very thing it condemns. That is most certainly hypocritical. During his ministry Jesus pointed out such glaring hypocrisy all the time. Was he wrong to do so?

Indeed, I was a bit stunned by this, and was wondering if a non-Christian had penned it. When I realised a believer wrote this I was even more astonished. He may well have had good intentions. After all, who wants to defend hypocrisy? The Bible roundly condemns hypocrisy, and it is something we should all work on overcoming.

But with all due respect to this person, he is missing the point big time. Is he aware of just what he is saying? One simply has to make a slight substitution to his comment to see how unhelpful and nonsensical it is: “Aren’t we all sinners?”

Of course we are all sinners, and so of course in one way or another we are all hypocrites. So is that the end of the matter? Does that mean none of us may ever speak out on any topic, any evil, any sin, or any unrighteousness, simply because we are not yet perfect?

Let’s get a few things straight here. A clear case of hypocrisy would be something like this: if I were, say, a pastor who had regularly stolen funds from the church, while at the same time had given many sermons on the essential need of financial integrity and honesty, then I would be a hypocrite, obviously.

However, if a pastor speaks out on the sin of gossip or anger, does that mean if the pastor has ever gossiped or gotten angry that he forfeits the right to speak on these topics? We are all still sinners, saved by grace, working on becoming more Christlike every day.

Indeed, if we take this fellow’s comment to its logical conclusion, we would no longer have any sermons. Hopefully any good sermon will be about pointing us to Christ, showing us our need of him, and urging biblical holiness. If a pastor is not to speak of sin, since he has not yet attained perfection, then he will have nothing to say.

If we really think we have no right to point out any evil in the world until we have achieved sinless perfection ourselves, then of course no pastor would ever preach a sermon, no prophet would ever utter a word, and much of the Bible itself would have to be ignored or accused of hypocrisy.

Sure, integrity is vital, and we all must every day work on making sure our walk and our talk line up properly. I am certainly not seeking to defend hypocrisy here. It stinks, and we all must guard against it. And as we see God’s grace at work in our very needy lives, we will be less eager to denounce others.

But this idea that we are all sinners, and therefore no believer can ever speak out against sin is simply foolish, reckless and unbiblical. That would mean Wilberforce was wrong to call slavery evil. Was Wilberforce himself sinful? Of course, he would be the first to admit it.

But God by his grace chooses to use redeemed, yet sinful, people, to do his work and proclaim his word. So yes let us all work on personal integrity. This is absolutely vital. But please do not engage in reckless thinking which would silence every one of us, and render the gospel message mute in this needy world.

Are there many hypocrites in the churches? Yes. Are all of us sometimes guilty of some hypocrisy? Yes, probably so. Does that mean we must not or cannot ever speak out against any sin and any wrongdoing? No. We are to do our best to live lives of integrity, while we also seek to proclaim biblical truth.

Thus we must strive to do two things simultaneously: seek to become all we can be in Christ: people without guile and with sincerity and a clean conscience. But we must also speak biblical truth into both the Christian and non-Christian worlds.

We will never be perfect spokespersons for Christ. That goes without saying. But as we seek to become perfect as our heavenly father is perfect (Matthew 5:48), we also have a divine calling to offer a prophetic voice into the world we live in.

So let’s concentrate on both, as we all seek to avoid two unhelpful errors here: let us not wait until we are perfect until we speak out, but let us also seek to be as faultless and blameless in our Christian life as we can be.

4 Replies to “Hypocrisy, Discernment and Censure”