That Muslims are working overtime in the West to transform our societies into Islamic outposts where everyone submits to Allah, and sharia law becomes the law of the land, is not surprising. It is happening all the time as I have documented on numerous occasions.

What is surprising (and if not so surprising, then certainly reprehensible), is when Western leaders get in on the act, and actually become the conduits by which stealth jihad and creeping sharia takes place in the West. We find this happening all the time.

It is called national suicide. When clueless and/or duped leaders actually side with the enemies of the West and do their bidding, then you know we have not got long to go as a nation. Far too many dhimmified politicians are bringing sharia into the West, while the Muslim activists sit back and laugh, rubbing their hands with glee. 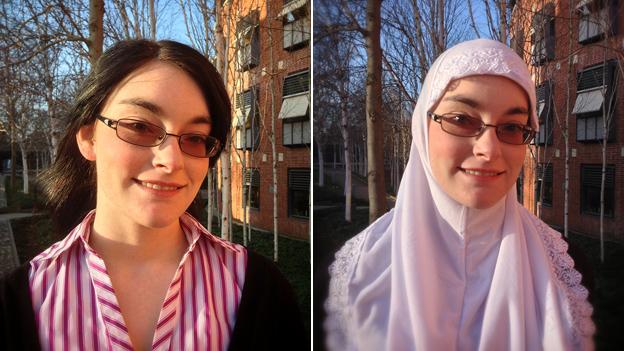 The latest and nearest example of this mindless dhimmitude comes from the Melbourne suburb of Dandenong. There the dunces in the Greater Dandenong Council thought it would be a neat idea to get non-Muslims to wear the symbol of female subjugation. Yep, let’s get the infidel to wear Islamic garb.

One write-up about it says this:

Fifteen non-Muslim women have trialled hijabs in Dandenong this afternoon as part of a social experiment, slammed by some as promoting separateness. The experiment by two Minaret College schoolgirls was part of a short documentary being filmed for Greater Dandenong Council’s “Youth Channel” program aimed at “providing awareness, insight and education”. The Council called on women to wear the Islamic headdress for three hours today as part of a “social experiment” for National Youth Week.

Um, we don’t need a social experiment in more sharia compliance and the demeaning of women. How about a social experiment to free those subjected to Islamic chauvinism and tyranny instead? What about standing up for the rights of women, instead of trying to get more women into bondage and second-class citizenship?

Fortunately the article went on to record some opposition to this insanity:

But Institute of Public Affairs executive director John Roskam said the council approach was wrongheaded. “What the council should be encouraging is allowing people from any walk of life and any religion to integrate,” he said. “This doesn’t encourage integration, this encourages separateness. This is not what multicultural Australia is all about.”
Mr Roskam said that based on events in the Middle East and Africa, Christians were currently the world’s most persecuted religious group. “If we’re going to have people dressing up as Muslims for three hours, why doesn’t the council encourage people to dress up as Christians,” he said.

Exactly. And since then other non-dhimmified commentators have expressed their outrage as well. Andrew Bolt said this:

I don’t understand why Australians need to be asked to wear the clothing of another religion, and an emblem of the subjugation of women. . . . This gesture suggests the problem with Islam isn’t the frightening things done in its name but the fear non-believers have as a result. It is, in the nicest way, an attempt to blame the victim. Would it not be more useful to have a day in which Muslim women in hijabs and niqabs are invited to walk around the streets in Western clothing instead, as a “social experiment”. Much more useful and to the point.

And Herald Sun columnist Rita Panahi also tore into this dhimmi madness. She is worth quoting in full:

What absolute harebrained idiocy to encourage empowered Western women to subjugate themselves in the name of diversity. Could you imagine the enormous uproar if a council put forward a plan for devout Muslim women to remove their head covering.
The unpalatable truth is that the root cause of much of the world’s entrenched misogyny is Islam and it manifests itself in a variety of ways including the requirement for women to cover up. This is not something to be celebrated or emulated.
Just last year women in Iran were being blinded in acid attacks for breaking the strict hijab code. I wonder how women who have fled countries that require them to cover their hair feel about local government encouraging women to wear hijabs?
If you are going to put forward these ludicrous ideas then why stop at the hijab? If we are going to fully embrace the cultural practises of other countries then perhaps we should ban women from driving. Or how about caning adulteresses in the Dandenong Civic Square?
I have no issue with women who want to wear a hijab to observe cultural or religious practises, but they have no right to impose their values on the wider population. It always baffles me why some folk who leave troubled regions for a better life in Australia seem determined for this country to adopt the political and social norms of their homeland.
In our eagerness to celebrate diversity we are often guilty of betraying our values of equality and freedom; the very values that make Australia such an idyllic place to live. Local governments should be focused on collecting rubbish, maintaining parklands and balancing the budget instead of moronic schemes designed to appease a tiny section of the population.

Well spoken Rita. As long as there are still a few sane voices out there in the media standing against the non-stop attempts at creeping sharia in the West there is some hope. But it seems that for every clear thinker on this, there are a dozen brainless politicians who are more than happy to engineer the destruction of the West.

Oh, and a few concluding questions: where are all the feminists when you need them? Why aren’t they absolutely blasting this move to drag women back into the seventh century, into subjugation, and into an oppressive patriarchal society?

The overwhelming silence of Western feminists on this particular move, and the mistreatment of women in Islam in general, is one of the most inexplicable, frustrating and bizarre features of modern feminism.

12 Replies to “Dhimmitude, Delusion and Deception”