Yes I know, the US election is not for another year and a half. But already the whole thing is heating up. Several big names have already announced their candidacy for the Republicans (Ted Cruz, Rand Paul) and more will be coming soon, including Hillary Clinton for the Democrats.

So even though it is a bit early, we are now already in election mode, and if nothing else, this article is just testing the waters a bit. Here I am just interested in what others (mainly other like-minded folks hopefully) think of the possible scenarios which are starting to play themselves out.

Even at this point, it is almost certain that Hillary Clinton will get the nod as the Democratic nominee for President. Despite all her scandals and faults and cover-ups, she of course has the secular left mainstream media almost totally onside. And she has hardly any other major Democratic heavyweights to contend with. 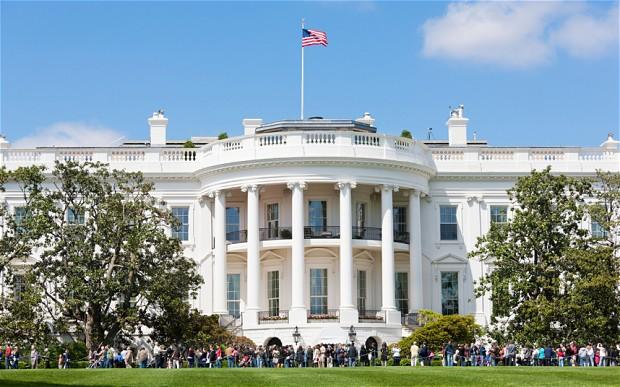 One can always hope and pray for a miracle, that somehow she gets taken out of the picture (and I think it is always fully appropriate to pray that God will either improve or remove certain individuals), but barring that, it looks like we will be stuck with her.

And just as millions of clueless wonders voted for Obama simply because of his skin colour, and not because of much of anything else, so too here I am afraid millions of undiscerning voters will vote for her, simply to bring in our first female POTUS. Talk about more recipes for disaster.

So assuming not much will change in the next 12 to 18 months (although of course anything is possible), it will be Hillary versus some Republican. The question here is will we get yet another useless RINO (Republican In Name Only) who will lose yet another election?

Or will we finally get a solid, conservative nominee who will stand up for America, for values, for principle, and stand against the establishment – not just in the federal government, but in the Republican Party. That is the really important issue here.

Going on past recent experience, we conservatives and Christians better not hold our breath. My fear is another RINO like Jeb Bush will end up getting the nod. While he may well be better than Hillary, I still will consider booking a flight to Mars if it comes down to those two next year.

With all that in mind, I have put together a partial and tentative listing of some possible conservative Republican contenders for the 2016 presidential bid. Some of these folks may not even run, and you may well think of some other worthy contenders that can be added to the list.

Here then is my shortlist of possible conservative candidates (in no particular order):

And by the way, here are a few RINOs we don’t want – or at least I don’t:
Chris Christie – New Jersey Governor
Jeb Bush – Former Florida Governor

As I say, this is not a comprehensive list, and we don’t even know if all the names featured above will end up in the running. But in the next month or two the field will be much more clearly in view. So in the meantime we can be thinking and praying about how it all unfolds, and who we might support.

And another important BTW: If you are wondering why Rand Paul is not listed, note that I said “conservative” and not “libertarian”. There is in fact a big difference between the two. But I won’t make that case here, as I have often done so elsewhere. For those who are interested, you can read a few articles I have already done on this:

Also, I have already penned several pieces on Rand Paul, outlining some of my concerns, See here for example: billmuehlenberg.com/2014/06/29/more-paul-and-libertarian-silliness/

Another BTW: it goes without saying that should Rand Paul get the nomination, which at this point seems to be a bit of a longshot, I would certainly support him as he runs against Hillary (assuming she gets the Democratic nomination). Almost anyone would be better than Hillary!

And I should also say that if you want to get into a big fight over the pros and cons of libertarianism, perhaps that can be done elsewhere. Here I am just wondering who you prefer and why out of the possible conservative contenders thanks. But I am open to most potential comments here if done respectfully, politely and graciously.

As for me, I like aspects of all eight of the men and women I listed above. As I say, some of them have caved in on things, or retreated on positions, or hemmed and hawed, or compromised on things, and so on. But any of the eight I would be happy to support should they get the nomination.

I really like a lot of what I have heard whenever Jindal speaks. He seems really solid, he is very bright, and he seems to have pretty consistent conservative and Christian principles. Trouble is, not many folks know about him much, and I can’t see him going too far at this point. He could be a great VP however.

Huckabee has disappointed many conservatives by his seeming support of Common Core, although he is now trying to say that he doesn’t really support it. Scott Walker seems to be vacillating on homosexual marriage. And so on. So there are shifting positions here at times, or less than perfect voting records, or not always consistent and across the board conservative values with many of these guys.

But as I say, finding one candidate that you agree with 100 per cent of the time is unlikely. And if you do, chances are good your like-minded colleagues and friends may find reasons not to fully support the candidate. So Christians and conservatives can and will be divided on many of these matters.

And a final word about Ben Carson, the only non-politician who will have widespread support from many conservatives and many Christians should he decide to throw his hat into the ring (and he sure is talking like a political candidate).

The big problem is too many clueless Christians will not support him just because he is SDA, just as they would not support Romney because he is a Mormon. But as I keep saying, we are voting for a president here, not a theologian-in-chief.

I wrote plenty back then on why not voting for Romney for this reason was really stupid and a recipe for disaster, and that is exactly what it was – we got stuck with another four years of Obummer – the worst POTUS ever.

And if Christians don’t wake up here (should it turn out to be Carson vs Clinton) we will have another disaster on our hands with her in the White House. But I speak to this in much more detail here, so please have a read: billmuehlenberg.com/2014/02/26/ben-carson-potus-and-the-sda/

So it is early days yet. But things are now starting to get interesting. And as I have often said before, ultimately politics cannot save us – only Jesus can do that. But politics are important nonetheless, and it is incumbent on all American Christians to think and pray very carefully about how they might vote here.