Sometime next month the US Supreme Court will issue its decision on homosexual marriage. Many of us fear it will be another disaster, like Roe v Wade – a handful of unelected and unrepresentative judges will strike down the nation’s and/or states’ laws and seek to force sodomite marriage on everyone, whether they like it or not.

Everyone concerned about the fundamental institution of marriage, especially Christians, will need to have a major rethink as to how we respond, and what changes, if any, we embark upon. The whole issue of the state’s role in matters of marriage and family may well need to be reassessed. 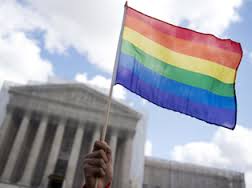 Libertarians of course have long argued that the state should get out of the marriage business altogether, or at least just let individual states decide on which way to go. I have elsewhere argued against the libertarian position, believing there is a place for the state in this. See here for example:

Because marriage is the world’s best institution to ensure the well-being of children, of the next generation, states have always acknowledged the importance of marriage, and have treated it accordingly. Because heterosexual marriage confers such tremendous benefits to society, societies have in turn conferred benefits on marriage.

While other close and committed forms of relationships can be of value, the state has only seen fit to give heterosexual marriage special status and special recognition, and rightly so. But as we go down the road of the state giving equal recognition and status to other types of relations, including homosexual ones, which are not of course in themselves open to procreation, then marriage loses its special place, and in effect is rendered null and void.

So by pushing for sodomite “marriage” we are not broadening marriage – we are destroying it. As I said, we now may have to think again about these sorts of relationships, especially if SCOTUS does its worse as we fear.

One US state has already acted preventively here: Alabama. They have decided that it will stop issuing marriage licenses. One report on this begins this way:

The battle has been raging over redefining marriage in Alabama, as the state’s constitution declares marriage to be between a man and a woman. However, federal courts are attempting to force the state to issue marriage licenses to those practicing sodomy. In an attempt to stop probate judges from issuing licenses arbitrarily, the Alabama Senate passes bill by a vote of 22-3 without having to obtain permission from a government official.
Senate Bill 377, a bill which would end marriage licensing and replace it with a contract process, was approved by the Alabama Senate on May 19. According to the text of the bill, it would abolish the requirement to obtain a marriage license from the judge of probate.
“This bill would provide that marriage would be entered into by simple contract, would specify the information required to be included in the contract of marriage, would specify that each party entering into a contract of marriage would submit a properly executed contract to the judge of probate for recording, and would require the judge of probate to forward a copy of the contract of marriage to the Office of Vital Statistics,” reads the synopsis of the bill….
In other words, [Senator Greg Albritton (R-Bay Minette), who introduced the bill] wants the issue of marriage back in the hands of the Church. While the contract portion would be recognized legally, the requirements for marriage to be handled lawfully under the umbrella of the Church would remain intact.

This is one option, but whether it is the best option remains to be seen. As I mentioned above, there can indeed be a role for the state in marriage matters. And by seeking to argue for church-based marriage, while allowing for other forms, we may end up creating a two-tiered (or more) marriage system. This too would work against marriage and its purposes.

The issue of who conducts a marriage or who issues licenses is just a small portion of the debate. The bigger issue here is will we allow marriage to become whatever anyone wants it to become? By letting marriage simply be that which lies in the eye of the beholder, we again effectively destroy marriage.

When marriage can mean anything, then marriage means nothing. So we have to be careful as we seek to resist the harm of a possible SCOTUS ruling that we don’t also create harm elsewhere. One Christian writer has already weighed in on the Alabama decision. Bryan Fischer says it is “a mistake to get pastors out of signing marriage licenses”. He writes:

A rear-guard movement has recently emerged to get the state out of the marriage licensing business altogether, in what will prove to be a vain attempt to slow down the rampage to impose sodomy-based marriage on the entire country.
Alabama’s state senate has made the latest foray in this direction by passing a bill that makes marriage a mere matter of contract. Under this bill, the state would no longer issue marriage licenses but simply enter privately forged marriage contracts in some kind of registry. Civil government would not be approving of such marriages, it would only be recording them.
In practice, this means if the Supreme Court imposes sodomy-based marriage on the entire nation next month, Alabama would instantly become the easiest place in America for two homosexuals to get married. All they’d have to do is sign a piece of paper and turn it in. Easy-peasy. I don’t think this is what the well-intentioned legislators in Alabama have in mind. But that’s what they will get.
Other voices are urging pastors to get out of the role of signing wedding licenses on behalf of civil government, as if this represents some inappropriate mixing of church and state. They want a wedding to be a purely spiritual, religious affair with no involvement, participation or recognition by civil government whatsoever.
This, however, ignores the likelihood that gay activists would still go after pastors to press them to do purely religious ceremonies for them. Eventually, they will find a judge who will order pastors to perform such purely religious ceremonies, on the grounds that a (counterfeit) constitutional “right” to have a homosexual wedding ceremony trumps the actual constitutional right to decline to perform one.

He raises some valid points here (see his entire article). There is much to think about, and many issues need to be weighed up. The truth is, marriage is under attack, and if SCOTUS does not launch the final nail in the coffin in June, there will be other attempts to do the same.

One thing is for sure: it will no longer be business as usual. The church will be impacted by this – big time. How should it respond? Let me close with the words of Rick Scarborough, President of Vision America Action:

Because of the trends and cultural shifts that we have witnessed in culture over the past 40 years, we have all known that this day would likely come and Christians would be put at odds with the culture and the courts. I believe we are there. We are approaching a Bonhoeffer moment in America.
Outrageous penalties are now being assessed against people of faith and conviction who haven’t changed their position on marriage. Rather it’s the courts that have changed the definitions, the rules and laws that now govern us. They are ruling against Nature’s Law and Nature’s God. Christians are being declared the lawbreakers when we are simply living by what we have always believed, and by a set of laws that the culture historically has agreed to.
My desire as a pastor is to see another Great Awakening, and I pray that those caught up in any sin will find Jesus and God’s grace, but that can only come when there is a biblical standard lifted up and acknowledged as truth. Right now the courts are changing the playing field and declaring that what the natural eye can see and natural law reveals is not truth. Therefore, this is a Bonhoeffer moment. What will we do, and how will we respond?

Civil disobedience will likely have to be one of our responses. I speak to that here: billmuehlenberg.com/2008/11/02/christians-and-civil-disobedience/

25 Replies to “Marriage, Church and the State”