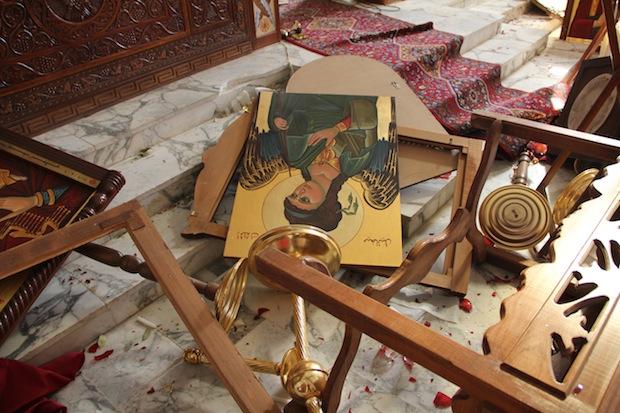 A partial view shot on November 30, 2013 shows icons and overturned funiture on the ground at the chruch of Saint Michael in the Syrian village of Qara, following fighting between rebel fighters and pro-government forces in the predominantly Christian region of Qalamoun, north of Damascus. The Syrian army has already captured the towns of Qara and Deir Attiyeh, as the regime seeks to encircle the rebels in the Qalamoun region and sever opposition supply lines across the nearby border with Lebanon. AFP PHOTO/ALI MALEK (Photo credit should read ALI MALEK/AFP/Getty Images)