It is not every day you get to proclaim good news and do so with great relish. But today is one of those days, with some terrific news coming in from a great culture warrior who has been through the wringer for the past few years because of militant and hate-filled homosexual activists.

I refer to a very welcome court case win for Bernard Gaynor of Queensland. For daring to stand for truth about the issue of homosexuality he has gone through a few years of hell, and has just now been finally vindicated. The court has basically tossed out the case. 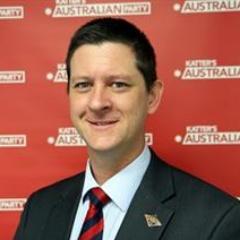 Of course all this has taken a huge toll on him and his family, and it has been very costly for him as well. Imagine having to spend over $50,000 to defend yourself against these vexatious and patently false charges put forward by the militant homosexual lobby.

Bernard has just released this email about the court decision, and it is worth repeating here in full:

Victory!
There really is no sweeter word to describe it.
As you may know, anti-free speech campaigner and homosexual activist, Gary Burns, has waged a war on my website for almost two years now. He has lodged at least 28 anti-discrimination complaints against me because he does not agree with my view on family and morality. As a result, I faced numerous fines of up to $100,000 and even the prospect of jail if I refused to apologise to this radical activist.
But all that has been swept away today.
The New South Wales Civil and Administrative Tribunal (NCAT) has ruled this morning that Gary Burns’ complaints are to be dismissed. The full ruling can be found here: www.caselaw.nsw.gov.au/decision/561c6365e4b0517a972816a4
In a nutshell, the NCAT accepted the argument we put forward on 4 September, 2015 that there is no jurisdiction in New South Wales to hear complaints against residents of Queensland.
As a result, Gary Burns’ complaints have been dismissed. It is a victory for free speech. It is a victory for morality. And it is a victory for common-sense.
Consequently, today is a day to celebrate.
Obviously, I must thank my legal representation. They have been steadfast, resolute and powerful. They have also been subjected to the most defamatory and vindictive slurs from Gary Burns. This victory is a testament to their courage. Others facing Gary Burns’ complaints have not been able to find a single firm in New South Wales that would represent them. I was very fortunate to find legal representatives with strong moral character, in particular Robert Balzola.
I would also like to thank all of you for your encouragement, assistance, support, prayers and donations. Without your help, today would not have arrived. This particular fight has cost over $50,000 (with bills still coming) and it is one that I could not have afforded on my own.
So this is just as much your victory as it is mine. In fact, it is something even better: it is a team victory and it is a victory for all Australians.
After taking time to celebrate today, I will return to this battle because it is not yet completed. The New South Wales Anti-Discrimination Board must face scrutiny: even now it has accepted additional complaints against me that I have ‘victimised’ Gary Burns for publishing his emails bandying my address about with Islamic organisations. It really is incomprehensible.
So there is still work to be done because there is a totalitarian bureaucracy running amok in New South Wales that refuses to accept that it is subject to the law. Even worse, it is aiding and abetting a person who has no qualms in deliberately jeopardising the lives of others.
In addition, Tess Corbett is now facing contempt proceedings in the New South Wales Supreme Court instigated by Gary Burns because she has refused to apologise to him. Tess is a Victorian grandmother and readers of my website have previously rallied to help in her legal fight. The good news is that today’s ruling is a huge boost for Tess and it should result in the dismissal of those proceedings.
Finally, I must thank God for His great goodness. He has answered our prayers and He is the source of all goodness.

Thank God indeed. It is a truly wonderful – if rare – win. It is a win obviously for Bernard Gaynor. It is also a big win for common sense. And for freedom of speech, religious freedom, and for democracy. Too often these rulings go the other way, so it is great to see this particular win.

But this case should remind us of just how fascist and tyrannical the militant homosexual activists are. Indeed, as Bernard reminds us, things are certainly not over with here. Much more needs to be dealt with. There is ongoing litigation and attacks to deal with, along with future ones as well.

The truth is, the homosexual lobby is ever on the prowl, seeking to attack, vilify, entrap or take to court anyone who dares to resist its agenda. They want the whole world to bow down to their perverted view of things, and they will go after anyone who takes a contrary point of view.

Thus we must not rest on our laurels here, or go back to sleep. There is an ongoing need for vigilance and prayer cover. Those who stand for truth in the public arena are always at risk and can at any moment be dragged to the courts by the militants as well.

So this is an ongoing struggle – one we must never relent on. Those bravely fighting the good fight on the front lines must remain on their guard. And those behind the scenes need to daily keep in prayer such culture warriors. This is ultimately a spiritual battle requiring very real spiritual intercession and prayer cover.

But in the meantime we can all celebrate with Bernard. He is a champion who has endured more than most of us can imagine. For the moment we savour the victory. It is worth enjoying and celebrating. But first thing tomorrow it is back to the battlefront.

19 Replies to “A Tremendous Win for Faith, Family and Freedom”