There is a whole lot of confusion over the four terms mentioned in my title. Obviously in a world of demonic deception, truth is confused with error all the time. And plenty of folks are sucked in by all this deception. That I have discussed often on this site.

But sadly plenty of believers can also get things quite wrong by confusing disagreement with heresy. That is, far too often if a believer does not like what another believer says, he or she will throw the ‘H’ word around far too loosely and recklessly. Um, earth calling heresy hunters: you really need to ease up here.

Simply have a differing opinion on all matter of issues does not automatically make you a heretic or the antichrist. Not unexpectedly, I have in fact written on this topic before, and I recommend that you have a read of it. See here: billmuehlenberg.com/2014/04/09/on-heresy-hunters/ 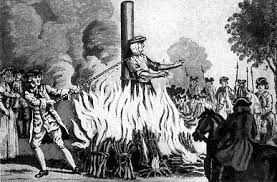 We must get a bit of wisdom and discernment here, as well as grow in some humility and Christian grace. There are way too many arrogant and graceless Christians attacking everyone else and it sure ain’t pretty. We need to grow up here and strive for some biblical balance on all this. So let me offer a few home truths here on a number of related issues:

One. On primary, core doctrines we must always be much more circumspect and vigilant, realising that there is not a lot of room to move. For example, the deity of Christ is a non-negotiable item for all believers. Deny his deity and you have moved into heterodoxy and heresy. This must always be strongly guarded against.

Genuine heretics and apostates must be resisted at all costs. A classic example would be someone like Bishop John Shelby Spong who arrogantly denies basic Christian truths such as the resurrection of Jesus Christ, yet still tries to pass himself off as a Christian. No he ain’t – he is the classic case of a genuine apostate.

But there are zillions of secondary doctrines and issues which believers can agree to disagree on. Guess what, I am not an apostate if I happen to have a differing view on the various eschatological options than you do. So call off the attack dogs already and try to show a bit of Christian grace on some of these matters.

Two. Just because I happen to quote someone does not mean I necessarily agree with everything else that person has ever said. I do not mind quoting truth from someone who may have other views which I may not be so crazy about. All truth is God’s truth, and within reason one can even quote from non-believers and those of other religious traditions.

If Gandhi for example had a high view of Christ, I can acknowledge and quote that, even though I of course do not buy most of his non-Christian worldview. If an atheist such as the late Christopher Hitchens says some terrific stuff on Islam and violence, I am more than happy to quote him. That of course does not mean I endorse his atheism.

Three. Just because someone prefers a different political candidate than I do (within reason of course) does not make me a damnable heretic of apostate either. It just means I may prefer a different candidate. I have seen the heresy hunters dump on respected evangelical theologians simply because they prefer one Republican presidential candidate over another (and I am not referring just to someone like Trump here).

We can actually still be genuine Christians yet have different views on many of these matters. Mind you, a person who claims to be a biblical Christian yet is a gung-ho Obama supporter does make me wonder. I am not saying you cannot be a Christian in favour of far left political and social views, but it becomes much harder to be so in my books.

But if a Christian wants to endorse a Rubio over a Cruz, or a Paul over a Trump, well, there is some room to move here, and one does not automatically lose one’s salvation or become the devil’s servant simply by having some differing political persuasions along these lines. (For the record, I happen to favour Cruz the most out of all the remaining candidates.)

Four. Since the issue of Catholicism always comes up in such discussions, let me say just a few brief words on this. All three historic Christian groups (Catholic, Orthodox, and Protestant) adhere to the ancient creeds such as the Apostles’ Creed, the Nicene Creed, etc). That is why I can work with all three groups (at least to various extents), although I am obviously an evangelical Protestant.

I have long made it a practice to work together with others as co-belligerents in various causes – such as the struggle to defend human life, etc). Just because I will stand with folks of other theological persuasions does not mean of course that I agree with all their teachings, or have renounced mine. It just means sometimes the battle for life or marriage and family is so vital that working with others for common ends is imperative. But see more on this here: billmuehlenberg.com/2010/09/02/on-co-belligerency/

Five. In terms of discussing other faith traditions, I have tried to make it a habit to do at least some basic research into a particular theological movement or religious group in order to rightly understand it and present it fairly. Far too many folks simply attack other theologies or beliefs without really knowing the first things about them.

As an example, I recently had a Protestant attacking me for simply posting one quote of John Calvin! Based on his remarks it was immediately obvious that he knew absolutely nothing about Calvin. He claimed to have done some “research” on this, but by the looks of it, all he did was watch some dodgy YouTube video by a Calvin-basher.

Um, no, that is not research. I would suggest to him and others that at least reading his Institutes first and maybe a few of his many commentaries would be a good place to start before offering critical assessments of the man and his beliefs.

And taking some teaching and ripping it out of context, or getting emotionally bent out of shape over it without solid reason does not an argument make. For example, if Calvin spoke often about things like election and predestination it is for the simple reason that the Bible speaks often about these things. Of course how exactly we are to understand such biblical truths is another matter, and that is where many of the disagreements come into the debate, as we seek to deal with such biblical themes and how they relate to the whole of biblical revelation.

When I discuss Catholicism for example I try to do so based on at least a general understanding of their core beliefs, making use of the Catholic Catechism, the encyclicals, and so on. I think we owe it to each other to at least be a bit informed on other faith traditions before seeking to discuss them, and certainly before we launch into a blistering criticism of them.

Six. I don’t expect everyone to always agree with me – hey, I don’t even agree with myself sometimes! Come on folks: some people really need to lighten up a bit. No one will have all the truth, and a bit of humility and grace can go a long way here. Yes, by all means stand strong on vital core truths, but allow some room for other points of views when possible.

In sum, a whole lot more could be said on all this of course. I may have raised more questions here than provided answers. So, does the truth matter? Of course it does, and countless believers have had to pay the ultimate price in standing for truth while resisting grievous error and heresy. We never should minimise the truth and we should always be willing to stand for it.

But Christian unity is vitally important as well, and we should strive for both as much as is possible. Some Christians seem to not have the slightest regard for unity or Christian love and grace. It is all hard-nosed heresy hunting, where anyone who differs in the slightest from their particular views is branded as an arch heretic to be burned at the stake.

We must always defend the truth, and that at times may regrettably result in the breaking of Christian fellowship. But that should normally grieve us, not be something to relish. Loving one another and maintaining Christian unity are absolutely essential. Jesus even declared that the world will know that God sent him based on the love and unity we have and demonstrate (John 13:34-35; 17:20-23). See more on all this here:

So a word of warning to all the heresy hunters out there. Far too often the list of things which must be believed before the right hand of fellowship can be extended is just plain ridiculous. Often such folks end up just like cults as they view everyone else with hostility and suspicion. Indeed, they end up being a very narrow and ugly club of one – or just a few.

Sorry folks, but if I differ from you on worship styles, types of church government, or views about baptism, or whether we should celebrate Christmas, I am not an apostate who must be burned at the stake. So ease up already. Let me finish with a story I have shared before. I hope it speaks to those who need to get back to some biblical and Christian reality here:

7 Replies to “Six Theses on Truth, Error, Heresy and Disagreement”