These two rather similar verses are not so much difficult passages as ones that can be easily misused. I have had people tell me for example that if we all just adhered to these passages, everything would be good, and this would serve as a great basis for Christian unity. ‘Let’s put aside our differences and just rally around these verses’ they intimate.

I wish it were that easy. But obviously if this was all there was to becoming and being a Christian, the other 26 books of the New Testament would be rather superfluous. Indeed, the other chapters of 1 John would not be needed either. But the whole counsel of God is needed here, and there are certain core beliefs – and actions – one must adhere to in order to claim to be right with God.

All sorts of non-Christians, cultists, New Agers and the like claim to believe Jesus came from God. But often they understand this quote differently from what Scripture teaches. And there are also matters of forsaking sin, repentance and so on that are required if one is to become right with God.

But I better mention the verses: “Every spirit that acknowledges that Jesus Christ has come in the flesh is from God,” and, “If anyone acknowledges that Jesus is the Son of God, God lives in them and they in God”. As usual, a bit of context is needed, and in this case, we need to read the entire chapter, especially verses 1-3 and 13-16:

Dear friends, do not believe every spirit, but test the spirits to see whether they are from God, because many false prophets have gone out into the world. This is how you can recognize the Spirit of God: Every spirit that acknowledges that Jesus Christ has come in the flesh is from God, but every spirit that does not acknowledge Jesus is not from God. This is the spirit of the antichrist, which you have heard is coming and even now is already in the world….
This is how we know that we live in him and he in us: He has given us of his Spirit. And we have seen and testify that the Father has sent his Son to be the Savior of the world. If anyone acknowledges that Jesus is the Son of God, God lives in them and they in God. And so we know and rely on the love God has for us. 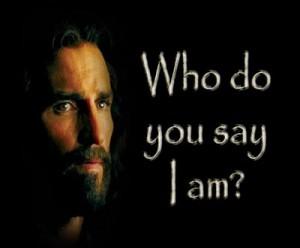 Even just reading this section we see that there are false spirits out there seeking to deceive. And we also find that at least three persons are required if we are to know and believe in God: God, Jesus, and the Holy Spirit. So already we have more than a mere ‘I like Jesus’ type of spirituality, but a full-blown Trinitarian understanding of God which is necessary as well.

Indeed, if you read the whole of chapter 4 you see that those who love are also truly His. So is that it? Be a bit loving and presto: you are a real Christian and in with eternal life? It was said that Stalin was quite loving to children. So does that make him a Christian, someone approved of by God?

Again, the whole of the NT is needed to properly understand such remarks. And the epistles of John make it clear that both right belief and right practice are essential if one is to be a true disciple of Christ. Merely offering a verbal confession of Christ is not by itself any sort of test of real discipleship nor is simply being a nice guy. As James tells us, the demons even believe, yet tremble (James 2:19). John Stott puts it this way:

By this confession is meant not merely a recognition of His identity, but a profession of faith in Him ‘openly and boldly’ (Westcott) as the incarnate Lord. Even evil or unclean spirits recognized the deity of Jesus during His ministry (eg., Mk. 1:24, 3:11…). But though they knew Him, they did not acknowledge or ‘confess’ Him. The Spirit of God, on the other hand, always honours the Son of God.

Mental assent alone is not going to cut it. As Martyn Lloyd-Jones has remarked:

Merely for people to say, ‘Yes, I believe in the Lord Jesus Christ; I always have believed in Him,’ is not enough, until we have tested them further. The Apostle Paul says that these people preach ‘another Jesus.’ Ah, yes, they were preaching Jesus, but it was another Jesus; it was not the Jesus that Paul preached (2 Cor. 11:4). They preached Christ, yes, but what sort of Christ, what kind of Jesus? That is the question.

As mentioned, it must be borne in mind that being a genuine Christian is not just a matter of proper mental assent: ticking off a few doctrinally correct boxes. Everywhere in Scripture the mark of a true believer is both right doctrine and right living.

A primary gauge of a spirit’s authenticity is, then, doctrinal. It should be remembered that the doctrinal test, however, is not the only test. From what John has already written, his readers would understand that, along with doctrine, ethics and love are equally important calling cards of gospel truth. A spirit or its human lackey spouting doctrinal correctness but encouraging ethical laxness or hatred would hardly receive John’s approval.

Or as Stephen Smalley states,

John does not make an idol of tradition by itself or of correct belief on its own. First, as always in this document, doctrine and ethics are closely related, so that teaching about non-worldly faith (4:1-6) is followed by instruction on practical love (4:7-5:4). Second, the tone of the present section is consistently, if not always directly, hortatory. John’s readers are encouraged here, above all, to reject “worldliness” and so to live as true children of God, and they are exhorted to do this by discerning where the truth lies (vv 1-3), and by making it their own (vv 4-6).

I. Howard Marshall puts it this way on v. 2:

John’s test is not an infallible one. Jesus himself had to protest against people who called him “Lord” and yet did not do what he said (Mt. 7:21-23; Lk. 6:46). Mere confession with the mouth is not necessarily a guide to the belief of the heart. . . . Ultimately, however, the whole of the Epistle furnishes the characteristics of genuine Christianity: faith, love, and righteousness are all relevant to the question, and concentrating on any one of them to the exclusion of the others is bound to be misleading.

And his comments on v. 15 nicely summarise the whole picture here:

The possibility of spiritual fellowship with God depends on the historical fact of the incarnation; we must confess that the Father sent the Son, and that the Son is Jesus. Clearly this is a confession which goes beyond mere recognition of the historical fact. To acknowledge that Jesus is the Son of God is not simply to make a statement about his metaphysical status, but to express obedient trust in the One who possesses such a status. Nowadays the tendency is often to express obedient trust in Jesus while denying his metaphysical status as the Son of God, or at least being agnostic about it. Both elements, however, remain necessary: belief that Jesus is the Son of God and obedient trust in him.

What has been said here could easily be applied to a similar text which is similarly misunderstood or misused: 1 Corinthians 12:3, which says, “Therefore I want you to know that no one who is speaking by the Spirit of God says, ‘Jesus be cursed,’ and no one can say, ‘Jesus is Lord,’ except by the Holy Spirit.”

There are all sorts of pagans and atheists who can say ‘Jesus is Lord’ any time they like. That is not the point of what Paul is trying to say here. It is the same as what John is getting at. So for that reason I likely will not do another article on the Pauline passage.

Let me conclude with some wise words from John Stott on 1 John. 4:1-3:

Neither Christian faith nor Christian love is to be indiscriminate. In particular, Christian faith is not to be mistaken for credulity. True faith examines its object before reposing confidence in it. . . . There is an urgent need for discernment among Christians. We are often too gullible, and exhibit a naive readiness to credit messages and teachings which purport to come from the spirit world. There is such a thing, however, as a misguided charity and tolerance towards false doctrine. Unbelief (“believe not every spirit”) can be as much a mark of spiritual maturity as belief. We need to preserve the biblical balance, avoiding on the one hand the extreme superstition which believes everything and on the other the extreme suspicion which believes nothing.