I have been writing a lot lately about two things which may seem rather unrelated, but to my mind are actually quite closely related: the US presidential elections, and the idea of judicial abandonment. A quick visit to my website will see plenty of pieces on the election, and also discussions of divine abandonment, eg, billmuehlenberg.com/2016/03/03/judicial-abandonment-when-god-abandons-a-nation/

We can never look at human events merely with human eyes. We must always consider the spiritual aspects to any pressing issue of the day. And yes, there is certainly a spiritual dimension to the state of America and where it is heading. Indeed, we have plenty of general biblical principles we can appeal to here.

One of the most frightening verses found in the Old Testament is Psalm 106:15: “And He gave them their request; but sent leanness into their soul” (KJV). The fact that God will actually give to his own people that which they really want, even if it is bad for them and not in the will of God, should be a sober warning for every single one of us. 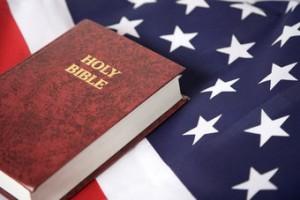 Yet it seems from the way so many Americans who claim to be Christians and conservatives are heading that we will see this very passage realised real soon. They actually believe that somehow a pagan, immoral lifelong liberal is what America needs to become ‘strong again’. Go figure.

The truth is, we already have two secular humanists leading the Democrats. How in the world folks think they can be defeated by another secular humanist is beyond me. Trump fully shares the same worldview as Hillary and Bernie, so how has he become the anointed one for so many American voters?

Back in 1981 Francis Schaeffer warned us about these very matters. In his important volume, A Christian Manifesto there is a brief but important section on how biblical Christians must be wary of both left and right if there is no moral and spiritual foundation:

We must remember that although there are tremendous discrepancies between conservatives and liberals in the political arena, if they are both operating on a humanistic base there will really be no final difference between them. As Christians we must stand absolutely and totally opposed to the whole humanist system, whether it is controlled by conservative or liberal elements. Thus Christians must not become officially aligned with either group.

Yet so many Christians are singing the praises of Trump. I am just waiting for Trump to come riding into Washington on a donkey, with Trumpites throwing palm leaves before him. Talk about mass delusion. And some of the things I have heard Trump supporters say really make my hair curl – and my spirit groan.

As but one spooky example, a Christian friend recently sent me an article about how one American “prophetess” sums up Trump. She claimed God told her that Trump will be a Cyrus to America, and that he is not evil, and we should fully support him. I was staggered by this insanity. First of all, as I told my friend, I am not inspired – only perspired.

There is no way I can claim that God told me such and such a person is his definite and anointed choice for POTUS. But even without divine revelation, anyone with a few brains, let alone the discernment of the Holy Spirit and the truth of the Word of God, can see how bogus this is.

He can also use the ungodly Assyrians to achieve his purposes, as in judging Israel. If Trump is God’s tool, it is for judgment, not blessing. And he is not evil? Really? The most vulgar, immoral, arrogant, unprincipled, untrustworthy and foul-mouthed candidate running, and he is not evil?

If Christians of all people cannot recognise evil when it stares them in the face, then they likely are not Christians at all. Incredibly millions of American evangelicals are so utterly transfixed by this would-be messiah that they have chucked out all reason, rationality, and biblical discernment.

But of course demagogues love it this way. The masses are then so easily led. We saw the same thing happening in Germany in the 1930s, and we obviously have not learned any lessons yet from history. Dumbed down and morally undiscerning believers are headed for a big fall.

The only hope for America is widespread repentance and revival. Without that America is toast. And let me remind you that I too want America to be great again. I too am fed up with what has been happening with this once great nation.

But being angry is not enough. Anger, coupled with moral and spiritual recklessness, will fix nothing – it will only make matters worse. We not only have not learned from history but we have not learned from the Word of God as well it seems. How many Christians in America have decided verses like this no longer apply?

-Exodus 18:21 Look for able men from all the people, men who fear God, who are trustworthy and hate a bribe, and place such men over the people.
-Psalm 146:3 Do not put your trust in princes, in mortal men, who cannot save.
-Proverbs 11:10-11 When the righteous prosper, the city rejoices;
when the wicked perish, there are shouts of joy.
Through the blessing of the upright a city is exalted,
but by the mouth of the wicked it is destroyed.
-Proverbs 14:34 Righteousness exalts a nation, but sin is a disgrace to any people.
-Proverbs 28:28 When the wicked rise to power, people go into hiding; but when the wicked perish, the righteous thrive.

Everywhere Scripture decries ungodly, unrighteous and immoral rulers and warns against them. Yet we have millions of so-called Christians and conservatives thinking Trump is somehow an answer to prayer. Talk about the delusion of the masses.

This is so wrong on so many levels. For heaven’s sake, not only is Trump not a Christian (I have often said give me a principled conservative nonbeliever over an unprincipled lefty Christian any day), but Trump is not even a conservative!

Yet his mob of mentally and spiritually malnourished followers do not care one bit. ‘It must be Trump or we are doomed.’ Yeah we are doomed alright. If those people claiming to be followers of the Lord Jesus Christ think that this pagan liberal is the salvation America needs, then America is a goner.

And a final set of lessons has also not been learned. The Founding Fathers knew how important morality and religion were to the success of the republic. They continuously warned about forgetting the spiritual and moral foundations upon which America must be built on. Consider just a few quotes on this:

“Only a virtuous people are capable of freedom. As nations become corrupt and vicious, they have more need of masters.” Benjamin Franklin

“Of all the dispositions and habits which lead to political prosperity, religion and morality are indispensable supports.” George Washington

“Without virtue, there can be no political liberty.” John Adams

“Can the liberties of a nation be sure when we remove their only firm basis, a conviction in the minds of the people, that these liberties are a gift from God?” Thomas Jefferson

“The Christian religion, in its purity, is the basis, or rather the source of all genuine freedom in government. . . . and I am persuaded that no civil government of a republican form can exist and be durable in which the principles of that religion have not a controlling influence.” Noah Webster

“Liberty cannot be established without morality, nor morality without faith.” Alexis de Tocqueville

Without the Judeo-Christian worldview, principles and morality, America cannot become great again. Certainly a secular and immoral billionaire celebrity will not make America great again. If someone like Trump is all we can come up with, then it is a case of God giving people their desires, but sending leanness to their souls – and destruction to the nation.

13 Replies to “America, Believers and Elections: So God Gave Them Over”