There are many vital Christian doctrines which are so grand and so majestic that entire libraries are filled with large tomes discussing them, and even all that is not fully sufficient to do these themes justice. Thus it may be rather foolhardy to try in a short article to even introduce some of these great biblical truths.

But let me try anyway, and explain why I am doing it. One great theme is the sovereignty of God, and of course all the related biblical truths that go with it such as human responsibility, satanic activity, and so on. Oceans of ink have been spilled on these topics, so I have to insist here that this is just a very brief look at a few small aspects of this.

Indeed, such issues have been discussed and debated for centuries, and it certainly is not my intention to start a theological WWIII here. I am simply trying to focus on one small aspect of this, and relate it to some contemporary political discussion.

So, do I believe God is sovereign and in control? Of course I do. I also believe the biblical record makes it quite clear that human beings are responsible for their actions, and that a nefarious personal evil known as Satan exists. So all three realities must be considered when we are having these sorts of discussions. 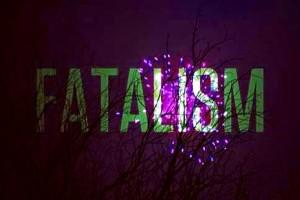 Is God ultimately triumphant, overcoming obstacles and resistance from both men and devils? Yes of course. But all that I want to say here is that sometimes Christians can be far too glib or far too superficial when they throw around phrases like ‘God is in control.’

Of course he is, but that alone amounts to little more than a cliché or a bumper sticker one-liner. The phrase must be teased out much further and more carefully. And my context here is the current US election in general, and the recent suspension of campaigning by Cruz in particular.

In the past few days I have heard countless Christians throwing out the phrase ‘God is in control’ concerning this. Now by itself this thought may be well and good. But far too often the phrase is explicitly or implicitly attached to other phrases, such as:

Now this is where I get a bit edgy. As I often say, I am not a prophet and I have no direct Wi-Fi link to God on particular issues of the day. All I have are the specific and general truths of Scripture to guide me as I seek to understand current events.

Claiming Cruz was simply not ‘God’s anointed one’ as I heard one pastor actually say scares me big time. Simply because someone does or does not win a nomination or an election does not necessarily mean they are or are not God’s anointed one. Especially if by that we mean we must fully accept it and do nothing to thwart it.

I do not accept that Hitler was God’s anointed one – at least in that sense. He was fully evil, and it was fully Christian and biblical to seek to stop such evil and defend the innocent. Yes God does raise up and take down leaders, but that does not mean Christians should be fatalists.

The idea that every single thing is fully God’s absolute will and thus we should oppose nothing and do nothing is not a good way of understanding such matters. Indeed theologians speak of various types of God’s will – his decretive will, permissive will, etc. – and we need to be a bit nuanced here.

Simply one passage alone makes it clear that we need to be a bit more careful when we speak about God’s will being done. Yes on the one hand he does perform all that he seeks to do, but on the other hand, God certainly does not approve of all that happens.

The passage is this, spoken by Jesus in Matthew 6:9-10:  “This, then, is how you should pray: ‘Our Father in heaven, hallowed be your name, your kingdom come, your will be done, on earth as it is in heaven’.” Again, without intending to get into a big debate about this text either, it does suggest that we are to pray that God’s will be done, implying it is not always being done.

We work and pray toward the end of seeing his will be done. Thus Christians are not fatalists like Muslims are. They believe everything that happens is fully the will of Allah, with nothing to be questioned, resisted, opposed or gainsaid. Islam is quite fatalistic in this sense.

Of course some versions of Christian thinking can be quite fatalistic as well, such as hyper-Calvinism. This goes beyond even what Calvin taught, and can go to unhelpful and unbiblical extremes. As but one example, Gordon Clark said in his 1961 volume Religion, Reason and Revelation, “I wish very frankly and very pointedly to assert that if a man gets drunk and shoots his family, it was the will of God that he should do so.”

Once again, I am not interested in a major war between Arminians, Calvinists and hyper-Calvinists, so please cut me some slack here. Those debates are far too big to enter into here without some major lengthy articles offering some introductory background material to it all first.

The point I am making here is this: many of the Christians commenting on the political scene in the US – and/or on so many other issues – can be a bit simplistic and glib in throwing out the ‘God is in charge’ line and may not have thought it through as carefully as they might.

So getting back to the Republican race, I do not believe in fatalism, and I fully believe Christians can still work and pray to see godly outcomes. In one sense nothing is inevitable here. When God’s people repent and seek God’s face, God can intervene and radically turn situations around.

I am not therefore going to sit on my hands and say, ‘Oh well, God wants so and so as his choice for POTUS, and does not want so and so’. This issue may in part be determined by how American Christians act. If deep repentance and revival occurs, an outcome might arise different to one if such things were not done.

What I am saying in all this is we must guard against unnecessary and unbiblical fatalism. We do not just give up and sing Que Sera, Sera (whatever will be will be). When evil is upon us, such as the evil of slavery for example, the Christian response is not to glibly say ‘God is in control’ and go back to sleep, but to fight against it, knowing it does not reflect the perfect will of God. Consider Wilberforce as an example.

Just accepting the rise of Hitler and the Nazis was not a biblical response either. Resisting his tyranny and unjust aggression was. So a fatalistic and white flag approach is not how we should proceed here. And related to all this is the oft heard remarks about some candidate being God’s anointed one, just like he used pagan rulers in the Old Testament.

As I keep saying, of course God can use anyone, even Balaam’s ass. But that is not the issue. It makes all the difference in the world HOW God uses someone. He can use the pagan Assyrians to judge Israel, or the pagan Cyrus to allow Israel to return home and build the temple.

And holding to a robust view of God’s sovereignty does not mean we become passive slaves as well wherein we care nothing about anything, because ‘it is all God’s will’ anyway. When Cruz stepped down for example I did not just say, ‘oh well, that’s the way it goes’.

It grieved me deeply, as it did millions of other concerned Americas. A devil’s choice between Trump and Clinton should please no one, and those who love America should grieve at how far she has fallen that it has had to come to this sorry place.

Just as the remaining Israelites rightly grieved mightily for the fall of Jerusalem and the captivity into Babylon, so should we over what we see happening in the West. We should not be glib about it or super-spiritual. It should pain us to see evil triumph and good vanish. It should bother us to see wickedness coming in like a flood and righteousness fast disappearing.

And as I have said so often as well, whenever I am on my face before God praying about all this, asking him what is going on, all I keep getting is the need to pray for God’s will to be done, while working and praying like mad for what seems to be right.

Thus I will keep working and praying for genuine constitutional conservatives to help deliver America somewhat from so many of her ills. Such persons are not the messiah and will not make America great again. But they may buy us some time, and allow for some more much needed mercy from God.

But I also accept that the likes of Obama, Clinton and Trump are manifest tokens of God’s great displeasure and his just judgment on a wicked and immoral America. Again, that does not lead me to fatalism or despair, it simply means I need to draw more closely to God than ever before, as I keep praying that if mercy might still be coming, that it comes upon this once great nation.

If it is not to be, I am good with that as well. But hopefully you get my point: yes, God is ultimately in control, and he is not an absentee landlord here. He is fully involved in the affairs of men, and of nations. But he has also mandated that we do our bit a well, to work for that which is right, and oppose that which is evil. Part of the way he accomplishes his will is through his people.

Yes at the end of the day his will most certainly will be done, but in the meantime we all have a job to do. The plea for his people as found in 2 Chronicles 7:14 is still fully applicable, and is not an invitation to despair, fatalism or surrender. It is a call to move on and press on with God, as we seek to see his will be done on earth as it is in heaven.

9 Replies to “Against Christian Fatalism”