Hard as it may be to believe, every once in a while I will get someone telling me they want to “do” what I do, and follow in my footsteps in terms of the ministry I am involved in. And then they ask how they can “do” it. They want pointers as to how they can more or less replicate what I am involved in.

My first reply is usually one of incredulity: why would anyone want to do what I do? I wouldn’t wish that on anyone! It is not exactly a stroll through the park. Indeed, it is more like a long walk through a dark alley, wondering when the next attempted mugging will take place.

It is not fun, in other words, and in fact it is usually quite trying, demanding and draining, and I often wish I was not called to do what I do. But that is just the point I need to make to anyone who asks me about this: It is a calling. Unless one is called specifically by God to do this, I would strongly advise against it. 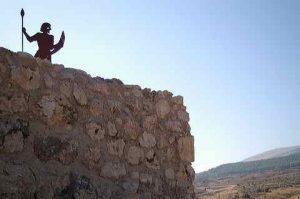 More on calling in a moment, but I better first try to describe just what it is that I “do”. I suppose one can say that the ministry of CultureWatch is in good measure a watchman on the wall type of ministry (see Ezekiel 3 and 33 for more on this). It is also a prophetic-type ministry to church and nation.

So it seeks to present a biblical Christian perspective on the issues of the day, be it political, economic, cultural, religious, theological or philosophical. Part of all this involves a teaching ministry, an apologetics ministry, and an ethics ministry.

Thus if you want to emulate the teaching or apologetics side of things, a few requirements would be worth highlighting. What I now do is the fruit of 45 years of reading, studying, researching and lecturing. It did not happen overnight in other words.

Years’ worth of reading and study is required. It does not hurt to have a 6000-volume library either! If you want to do any sort of public ministry which involves sharing information, facts and all sorts of material, one has to be very well read. That much should be obvious.

You are not going to get far dealing with the media or answering trolls or debating with critics unless you really know what you are talking about. And there is no shortcut to this. You have to read and study like mad. It involves a lifetime of learning. There is no other way to make it happen.

I remember long ago a fellow said he wanted to be an apologist like me. In the same breath he said he didn’t like reading. I assured him that in that case he might make a terrific auto mechanic or street sweeper, but he would make a lousy apologist.

Thankfully he lost his aversion to reading, and now reads a lot, and now is involved in a type of apologetics ministry. So if it is the teaching side of things, or the public spokesman side of things, or an apologetics side of things, there are a few requirements; a good mind, a love of learning and reading and studying, being quick on your feet, being level-headed and not overly emotional in the midst of debate, etc.

But as I say, if it is more the prophetic sort of ministry you aspire to, then the idea of being called is certainly crucial. Simply consider the Old Testament prophets – most of them it seems were reluctant prophets. They did not want the ministry, and they even argued with God about it.

Whether it was a Moses or a Jeremiah, they were not really thrilled with the idea, and offered plenty of excuses as to why they should not be prophets! That may be a good indication of who should be a prophet: if you really want to be a prophet, maybe it is not for you, but if you shrink from the idea, but go reluctantly and obediently, you may be the best qualified.

I love what the great prophetic voice of last century said about all this. Leonard Ravenhill put it this way: “I get calls from all over the world, everyone wants my anointing and mantle… but nobody wants my sackcloth and ashes.” Exactly. It is all the stuff people do not see that makes for a real prophet.

It involves having the heart of God: broken where he is broken, grieving where he grieves, hating sin where he does, etc. A genuine prophet simply reflects who God is, and that comes out of spending time with God. It means being soaked in his Word, in prayer, in brokenness, and so on.

Those are character traits which are not taught but caught – caught in times of seeking God in private so that one can better represent God in public. So all those spiritual requirements are the real stuff of a prophetic ministry, and that cannot be learned in a classroom but on one’s knees. These are the really important things to discuss here.

And speaking of prayer, if one does get into any sort of public ministry like this, there will be guaranteed fightback. Haters and abusers will come in like a flood. Death threats will be a part of the response. So if you have a thin skin or get scared off easily, or do not like controversy, or want to live a quiet and peaceful life, then you should be looking for a different ministry.

And if God does call you into this sort of work, you must definitely have one thing, otherwise don’t even think about heading in this direction: you will need a dedicated prayer and intercession team who will cover your back, hopefully 24/7. This sort of ministry involves all-out spiritual warfare, so thinking you can go into this on your own strength is a recipe for disaster.

This may be the most important thing you will need, along with a clear call of God. This is not kid’s stuff, and plenty of casualties can mount up along the way. Whatever helpful qualities you may already have (a thick skin, resilience, persistence, dedication, courage, etc), if you are without spiritual covering you will be chewed up and spit out by the enemy.

So things are not quite as easy as saying, ‘Bill, I want to do what you do – where do I start?’ But don’t get me wrong here: I certainly would love to see many more folks involved in a ministry such as this. It can get real lonely out on the front lines at times!

But I think that the overwhelming majority of Western believers today are cowards, and will never speak up about anything that matters. They will never rock the boat and they will never take a stand on some of the pressing matters of the day, be it the war on marriage and family or the slaughter of the unborn.

So it really would be terrific to see many more bold and uncompromising Christians getting involved and becoming a fearless witness for Christ in the public square. But my point is, one does not throw up one’s hand and volunteer for this sort of ministry like one would for making a cake for a church social.

It is based on a call of God. I certainly do pray that God will call many more Christians into this sort of thing. Let me close with a passage I greatly love and often use. It comes from the mouth of Moses as found in Numbers 11:29: “But Moses replied, ‘Are you jealous for my sake? I wish that all the LORD’S people were prophets and that the LORD would put his Spirit on them!’”

In sum, do you want to do what I or others do? Seek instead to do what God wants you to do, whatever that may be. If that turns out to be a prophetic type ministry, great, but be prepared to count the cost. It is no cake walk, and like any full-on ministry for God, it will require everything from you. Sort of like the normal Christian life in fact.

5 Replies to “They Want to Do What I Do”