Some of the most important questions to be asked and answered by any worldview worth taking seriously concerns the issue of personhood. Such questions would include: What is it to be human? Who are we? Where did we come from? Are we of any value? Where are we heading? Do humans have any special significance, or are we just animals?

As I have argued elsewhere, it seems to me that only the Judeo-Christian worldview takes these questions seriously, and provides us with answers that affirm and promote human dignity, value and worth. Not every worldview has such a high view of humanity and personhood. Indeed, some worldviews have a terrible view of these things.

Thus Christians should be at the forefront of all the major debates involving human dignity, human rights, and human significance. Yet sadly Christians are too often silent on these key debates and controversies. When we think of the big bioethics debates for example, too many believers have no idea what is at stake here, and what Christianity has to offer. 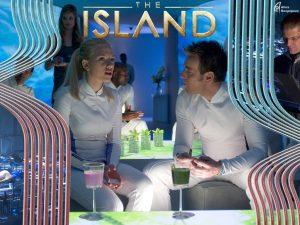 Whether it is the older debate on things such as abortion and euthanasia, or the newer bioethics debates about stem cell research, human cloning, surrogacy, assisted reproductive technologies and genetic engineering, many Christians are unaware and uninterested in being salt and light in such areas.

But that needs to change. We can’t just let secular voices and worldviews determine the way ahead on these vitally important issues. This is especially the case when many of these debates centre on whether we should legalise some things currently forbidden, such as human cloning.

So believers need to engage here. They first need to appreciate and understand their own biblical worldview, and then they need to apply this to the bioethical debates of the day. As I say, non-believers are certainly engaging here. Many concerned secularists are asking hard questions about these new technologies, and we believers should be as well.

Indeed, even Hollywood is interested in these issues. There have been numerous Hollywood films dealing with biotechnology and the meaning of persons which have been coming out at a regular pace. They are raising the moral and social issues involved, and they are forcing us to ask some hard questions.

Consider these twenty titles from the past forty years:

Soylent Green (1973) An older sci-fi flick starring Charlton Heston set in the futuristic New York where life is now greatly overpopulated and polluted, with the masses starving and homeless.

The Boys from Brazil (1978) One of the earliest films about human cloning, it centres on Dr Josef Mengele making clones of Hitler in South America.

Blade Runner (1982) A film dealing with issues such as genetic engineering and the cloning of “replicants” who do all the menial and dangerous work, set in a dystopian Los Angeles, starring a young Harrison Ford.

Jurassic Park (1993) This highly successful film was the first of many to discuss what happens when we can recreate dinosaurs from their DNA, and the havoc they can cause in the modern world. The ethics of such experimentation is a major part of these films.

The Island of Dr. Moreau (1996) Based on the H. G. Wells novel, this film looks at the frightening world of human-animal hybrids, raising questions about types of experimentation, and what it means to be human.

Gattaca (1997) This important film raises many ethical issues as it looks at genetic engineering and the creation of a genetic underclass. Normally born people are viewed as inferior and treated accordingly compared to those who are genetically engineered.

The Truman Show (1998) The ultimate reality TV story about a man (Jim Carrey) born and bred his entire life in an artificial environment (a massive TV set) for the entertainment of others.

Bicentennial Man (1999) This film starring Robin Williams looks at very human-like robots, and what line if any there might be between man and machine.

The Sixth Day (2000) The Arnie Schwarzenegger blockbuster has to do with animal and human cloning, and the problems associated with it in a futuristic world.

AI (Artificial Intelligence) (2001) This film directed by Steven Spielberg also explores human-like robots and the interplay between humans and non-humans.

Million Dollar Baby (2004) This is a film about euthanasia (offering a pro-euthanasia perspective) starring and directed by Clint Eastwood.

I Robot (2004) The futuristic action film starring Will Smith also involves humanoid robots, and raises questions about what it is to be human.

The Island (2005) This is another dystopian film about human cloning and genetic engineering, this time for the sake of spare body parts for rich clients. Plenty of ethical issues come to the fore here as well. Starring Ewan McGregor and Scarlett Johansson.

Children of Men (2006) This film, based on the P. D. James, novel, is about a future world where infertility is the norm, threatening the extinction of mankind. When a woman is discovered carrying a baby however, it changes everything.

WALL-E (2008) This animated film, although as much for children as adults, also raises the questions of what it is to be human and how non-human life can become person-like.

My Sister’s Keeper (2009) Based on the novel written by Jodi Picoult, this film looks at the ethical dilemmas of creating a sibling for the sole purpose of providing organ transplants to an ailing sister.

Surrogates (2009) As the title suggest, this film starring Bruce Willis is about a future society and surrogacy, and the related issues of living a surrogate life via one’s robotic double.

Splice (2010) I must confess I have not seen this film because of its adult rating, but it involves the experimentation in and creation of hybrid species. Questions about genetic engineering and the meaning of persons are again raised.

Elysium (2013) In a futuristic world, the poor are left with sickness, misery and death on earth, while the very wealthy live in a giant space habitat orbiting earth, where all diseases can be remedied. Questions of class, medical ethics, scarcity of resources and so on are raised here.

Chappie (2015) This is another sci-fi thriller set in the future where robot police come into conflict with human beings.

There would be plenty more such films that could be mentioned, but these twenty are some of the more well-known. When I teach on bioethics I often encourage students to have an entire session devoted to watching and discussing such films.

The ones that certainly are thought-provoking and raise numerous ethical issues include Gattaca, The Island, and My Sister’s Keeper. Most of these films offer a few hours of hard core entertainment to be sure, but they also raise vital issues that we all should be aware of, and moral questions that need to be dealt with.

So the next time you go to see a new film, or revisit an older one, seek to get one of these sorts of films. We need to be thinking carefully and critically reflecting on the new bioethics issues of the day. Hollywood is already doing this, and we should be too.

As Albert Mohler said some years ago now, “Christians are sleeping through history as new medical technologies threaten the very meaning of human life.” Yes quite so. We need to wake up and engage with these and other issues. If our voices are not heard on these matters, too many of the wrong voices will be.

5 Replies to “Hollywood, Bioethics and the Meaning of Persons”