One can safely say that contemporary Western Christians may be the most theologically illiterate since the church began 2000 years ago. The woeful lack of basic theology and sound doctrine in so many churches today is coupled with a woeful biblical illiteracy. 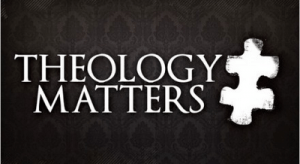 The two go together of course. It is hard to have good theology if one knows very little about the source of good theology – the Bible. We expect the surrounding culture to be theologically malnourished, but it is a tragedy when the Body of Christ is also so spiritually sick.

And this in spite of all the many admonitions in the New Testament to teach sound doctrine, to be mature in Christian teaching, and to have a faith built solidly on the Word of God. I have written on this topic numerous times. In one such article I offer “Twenty Reasons Why Theology Matters”: billmuehlenberg.com/2006/09/26/in-defence-of-theology/

That Westerners are theologically impoverished is easy enough to measure and ascertain. Consider two recent studies that have come out of America. Ligonier Ministries, the teaching fellowship of R.C Sproul, has teamed up with LifeWay Research twice now to help gauge the status of American theological knowledge.

And it is not looking very good. Their first bit of research was conducted in 2014, based on the views of three thousand Americans. And now a second such study has just been conducted, with the results now online. Called “The State of Theology,” it gives us a good overview of the low theological standards found in the US today.

Before getting into some of the results of the latest survey, let me offer part of an interview done by Tabletalk with two of the main players in the research project: Chris Larson and Stephen Nichols. Here is just one of the questions:

TT: How has the survey influenced the trajectory of Ligonier’s ministry?
CL: It intensifies our focus and reinforces the urgency of our task. In one sense, there are few surprises in the aggregate results. But it is interesting to dive deeper into the data to see how people from different denominational, socioeconomic, and ethnic backgrounds answered in differing ways. Furthermore, there is a disconnect between that portion of Americans who believe society is getting progressively worse and headed in the wrong direction, and those who overwhelmingly state that man is by nature basically good. If man is basically good, why is society getting worse?
The survey demonstrates that we do not know who God is and we do not know who we are. God is holy. We are sinful. We need the clear proclamation of the authoritative Word of God and the gospel of Jesus Christ. The results of this survey tell us that we need to remain faithful to proclaiming the holiness of God in all its fullness to as many people as possible.
Now that we have conducted the survey twice in America, we are planning to do something similar in other areas of the world to serve the church there. Ligonier is seeing growing global interest in Reformed theology and we are moving more discipleship resources around the world through English and translated materials as quickly as we are able to do so as God provides.
SN: Faithful Christians can look at these survey results and lament and decry the state of theology in America. Or, we can look at these results and engage our Great Commission work with a renewed urgency and purpose. We are taking the latter approach. It is easy to get caught up in trends and apply our resources to chasing after current news cycles. This survey reminds us of the necessity of teaching the foundational truths, of teaching on God’s holiness, on Christ’s person and work, on humanity’s true need to be saved from the wrath of God, and on the Bible’s authority—even in the twenty-first century.

So let me look now in a bit more detail at the 47 statements that were offered, and what sort of responses Americans of various beliefs – or no beliefs – gave. Consider a few of these:

Statement: Even the smallest sin deserves eternal damnation.
To whom: All participants
Findings: 61% of all participants strongly disagree with this statement.
Comment: The results jump off the page as the strongly disagree column spikes to 61%. That conviction is fundamentally a conviction about the character of God. If he is perfectly holy and just, he cannot let sin go unpunished. But God is no longer holy—in the minds of six out of ten Americans.

Statement: By the good deeds that I do, I partly contribute to earning my place in heaven.
To whom: Self-identified evangelicals
Findings: Church attendance has a dramatic effect on Evangelical convictions.
Comment: What we believe about God, about sin, about salvation, what we believe about ourselves as human beings, about other religions and about the Bible, what we believe about controversial social issues—all of these beliefs are influenced by our culture. But this survey indicates that regular exposure to Christian worship may have a tremendous counter-cultural effect. Evangelicals who attend church each week are far more likely to hold biblical convictions than their less regular peers. Infrequent church attendance leaves many uncertain about their beliefs and adrift theologically, even if they still consider themselves evangelical.

These are just a handful of the findings. All in all they indicate a real decline in American theological understanding, both in and out of the church. Admittedly they reflect a particular theological viewpoint (Reformed theology), but they nonetheless give a good overall picture of the theological state of play in the US today.

Ligonier Ministries and LifeWay Research plan to do at least three more of these projects in order to get a ten-year view of things. While the findings are rather discouraging, and we can expect future surveys to come up with even gloomier results, the authors state that this is not an exercise in despair, but a stimulus to do more in the area of theological training.

Let me conclude with the words of three champions of good theology:

“If you do not listen to theology, that will not mean that you have no ideas about God. It will mean that you will have a lot of wrong ones.” C.S. Lewis

“Bad theology dishonors God and hurts people. Churches that sever the root of truth may flourish for a season, but they will wither eventually or turn into something besides a Christian church.” John Piper

7 Replies to “The Demise of Theology (And Its Hopeful Recovery)”