There is a richness both in Scripture and in church history when it comes to trying to understand what transpired at Calvary for our behalf. That Christ died for our sins is a basic theological given accepted by all true Christians. But how exactly that came about has always been an issue where much discussion – and debate – has occurred.

The idea of the atonement (mankind’s reconciliation to God through the work of Christ) has been viewed differently over the years by Christian thinkers and theologians. We can say there are not only many different portraits painted of this most wonderful of actions in the Bible, but over the past 2000 years believers have grappled with just what took place when Jesus died on the cross, and then rose again.

Anyone familiar with basic theology and the history of Christian thought will know that there are many models or theories of the atonement. This cannot be discussed in detail now, but in outline form here are some of the main theories and their proponents, laid out roughly in order of their appearance:

-The ransom theory (the early church fathers)
-The recapitulation theory (Irenaeus)
-The satisfaction, or commercial theory (Anselm)
-The penal substitution theory (Paul (?) and the reformers)
-The moral example, or subjective, or moral influence theory (Abelard)
-The governmental theory (Grotius)
-The Christus Victor, or dramatic theory (Aulen) 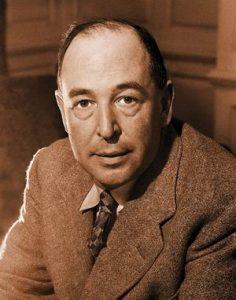 Obviously many more could be mentioned and an entire library already exists weighing up the pros and cons of each model. The simple truth is there may be aspects of most of these theories that fit in with the biblical data, and none may be fully “correct” to the exclusion of all others.

Evangelical Christians of course will for the most part want to emphasise certain aspects here. We would argue that somehow there was certainly substitution involved (Christ died in my place), and most would state that it was penal in nature (having to do with the breaking of the law, and punishment).

So the penal substitutionary theory tends to be the main evangelical option. However we are to understand it, it is a wonderful and mysterious divine activity that we will never fully fathom in this life at least. See more on this topic here: billmuehlenberg.com/2009/01/25/on-the-atonement/

The great Christian apologist and theological layman C. S. Lewis was certainly aware of these various theories of the atonement, and he struggled to make sense of it all. While not a trained theologian or a professional theologian (if we can put it that way), he was very deeply steeped in theology and church history, so he had a very good working grasp of theology, more so than most believers today.

Evangelicals who are theologically literate will not be happy with all of what Lewis had to say about the atonement. A good introductory piece on this can be found here for example: www.touchstonemag.com/archives/article.php?id=22-03-027-f

But in this article I want to simply highlight a few fundamental truths that Lewis shared in his important volume Mere Christianity. The very idea of a “mere Christianity” meant for Lewis that while we can and will differ on many details, there are some basic core truths of Christianity which should unite all believers. Based on this foundation, this in part is what he had to say about the atonement, and theories thereof:

The central Christian belief is that Christ’s death has somehow put us right with God and given us a fresh start. Theories as to how it did this are another matter. A good many different theories have been held as to how it works; what all Christians are agreed on is that it does work. I will tell you what I think it is like….
Theories about Christ’s death are not Christianity: they are explanations about how it works. Christians would not all agree as to how important these theories are….
But I think they will all agree that the thing itself is infinitely more important than any explanations that theologians have produced. I think they would probably admit that no explanation will ever be quite adequate to the reality. But as I said in the preface to this book, I am only a layman, and at this point we are getting into deep water. I can only tell you, for what it is worth, how I, personally, look at the matter. On my view the theories are not themselves the thing you are asked to accept….
We believe that the death of Christ is just that point in history at which something absolutely unimaginable from outside shows through into our own world. And if we cannot picture even the atoms of which our own world is built, of course we are not going to be able to picture this. Indeed, if we found that we could fully understand it, that very fact would show it was not what it professes to be–the inconceivable, the uncreated, the thing from beyond nature, striking down into nature like lightning. You may ask what good it will be to us if we do not understand it. But that is easily answered. A man can eat his dinner without understanding exactly how food nourishes him. A man can accept what Christ has done without knowing how it works: indeed, he certainly would not know how it works until he has accepted it. We are told that Christ was killed for us, that His death has washed out our sins, and that by dying He disabled death itself. That is the formula. That is Christianity. That is what has to be believed. Any theories we build up as to how Christ’s death did all this are, in my view, quite secondary: mere plans or diagrams to be left alone if they do not help us, and, even if they do help us, not to be confused with the thing itself. All the same, some of these theories are worth looking at….
Such is my own way of looking at what Christians call the Atonement. But remember this is only one more picture. Do not mistake it for the thing itself: and if it does not help you, drop it.

Obviously those who are really keen on their particular pet theory of the atonement will not be all that satisfied with this. However, while he did not propose a specific model of the atonement, he did remind us that regardless of how we conceive of it, it is a glorious core truth that all believers hold to. Indeed, it is the reality of the atonement that saves us and unites us, even though theories about it will continue to be debated and discussed.

There would be many folks who have shared their concerns about Lewis at this point; that he should have been more specific about a particular atonement theory. As just one example of many, consider this recent piece by one leading evangelical author: blogs.thegospelcoalition.org/kevindeyoung/2011/01/28/cautions-for-mere-christianity/

But my purpose here is not to defend Lewis in all things, nor is it to promote a particular view of the atonement (although it should be fairly obvious that the penal substitutionary theory is the one I most closely adhere to here). The purpose of this article is to simply refocus our minds on the fact and reality of the atonement.

As an evangelical Christian, I subscribe to some theories of the atonement more closely than to other ones. I believe the penal substitutionary atonement may come the closest to doing justice to the biblical data. And I believe that some of the other theories have some aspects of truth as well in varying degrees.

But the one obvious point Lewis was making, and rightly so, is that a mere theory of the atonement will not save anyone. The atonement itself, and our personal connection with it, is what saves us. As someone who loves theology, I am of course interested in the atonement and the various views of it as offered over the centuries. But at the end of the day I realise that I am not saved by a particular theory, but by what Christ did at Calvary on my behalf.

If this article helps provoke believers to look more closely at this wonderful biblical truth, I will be quite satisfied. I will be less satisfied if some folks will want to come here and seek to pick yet another fight with me – or Lewis – because we may not as doggedly hold to a particular view of the atonement as they do.

So as always I ask my readers to cut me a bit of slack here. Other articles in the future may more forcefully uphold some of these theories and seek to make the case for them. But here I merely wanted to remind us of the wonder of the cross and the glorious work of Christ.

Praise God for the cross.

13 Replies to “C. S. Lewis and Theories of the Atonement”