Given that my website contains 2,233 articles on Christianity and 1,457 articles on the culture wars, it may be thought there is little left to say on these topics – at least from me. Well, there is always a new spin or a different angle one can run with on these issues.

One way to approach this is by way of a familiar quote. While many people today may not know about the American comic strip “Pogo,” most would have heard of a memorable line that came from it: “We have seen the enemy and he is us.”

The idea that we can be our own worst enemy certainly fits in here. Sure, there are plenty of militant groups at war with Christianity and biblical values, but far too often it is clueless Christians who are doing the most damage and inflicting the most injuries.

They can do this in various ways. One, they can simply sit out the culture wars, and pretend everything is just peachy in life. By refusing to get involved in some of these crucial battles of the day, be it the war over marriage or the attack on life, these Christians have really gone over to the other side by default. Their lack of engagement in these key battles not only means they offer zero help to our side, but they effectively aid and abet the other side. 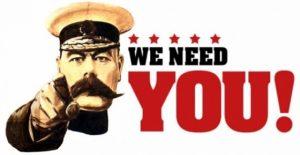 Another way believers become their own worst enemy is when they actually, deliberately, align themselves with the other side, fighting against their own. They buy the myths and deception of the radicals, and war against their own brethren.

Let me provide an example of each. As to the latter, consider this recent case of Christians going over to the other side – either out of sheer ignorance about their own faith, or because of actual alignment with unbiblical ideology. It comes from a discussion on abortion on a social media page. A “Christian” actually said this:

“Where is your compassion people. Jesus showed compassion for people…you have none and the love of God is not in you. The reasons for abortion are for the good and well being of both mother and baby. These should be the only reasons! Man looks with his eyes on what he perceives to be right while God looks on the heart!”

Oh dear, where does one begin in addressing such a bizarre comment? Those who care greatly about the abortion holocaust and the slaughter of the innocents have no compassion nor the love of God? Really? I would hate to discover what this believer thinks compassion and love actually look like.

The real howler of course is the mind-numbing line about abortion being about the ‘good and wellbeing of the mother and baby’. Um, what? Killing a baby is for the good of the baby? It is for the baby’s well-being? What perverse parallel universe does this person live on?

And the last line by this person is a complete and utter non sequitur. What in the world does that have to do with anything? If Christians were challenging Hitler and the Nazis about the evil they were doing, would this person foolishly criticise them by saying ‘Man looks with his eyes on what he perceives to be right while God looks on the heart!’?

What a useless and totally unhelpful comment to make on such an important issue like abortion. Yet here we have someone who is making himself/herself out to be a Christian. No wonder the faith is in such a bad way with folks like this.

Sadly however such brainless and unbiblical commentary is far too common. So many believers have no biblical worldview, and most of what they think and say just reflects the surrounding ungodly culture. They have soaked up to the full the world around them, but appear to have gleaned nothing from the Bible and Christian thought.

As to the first reason I mentioned – a refusal to engage – this is something we see occurring all the time. On a regular basis I see fellow Christians not only refusing to become involved in some of the vital issues of the day, but they actually attack and criticise Christians who do.

Once again, as a result, the other side ends up winning by default. Too many believers simply refuse to be the salt and light that Jesus commanded us to be. They just sit on their backsides, criticising those believers who do care and who do engage. Thankfully I am not alone in such concerns.

An article about Joni Eareckson Tada has recently appeared which deals with this very matter. She bemoans the fact that believers are ‘giving up, enabling the culture to get worse’. The article deals with her brand new book, and the ongoing issue of legalised euthanasia.

As someone who has been paralysed from the shoulders down because of a diving accident, and confined to a wheelchair for the past 50 years, she is very concerned indeed about this issue, and has been a leading disability rights activist.

Twenty-five years ago she even wrote a book on this called When Is It Right To Die? (Eerdmans, 1992). The article speaks to the euthanasia scene in America and then says this:

Now that the legalization of physician-assisted suicide for terminally ill patients has made its way into six states and a LifeWay Research shows that 59 percent of Christians agree to some extent that a terminally-ill patient should be able to ask their doctor for help in killing themselves, Eareckson is concerned and thinks Christians are throwing in the towel on the issue.
“I think a lot of Christians are throwing in the towel and feeling like the culture is so large and so massive that there is nothing that we can do to change it and so, they are just ascribing to the notions and the cultural messages that they hear in the newspaper and magazines or across the backyard fence,” she told CP.
“I remember George Will. I wish I could quote him accurately. He described culture as a massive slab of molasses and it is lumbering forward at a slow pace. Every day on the left and right of that slab, there are people making choices that channel that slab in one direction or another,” she continued. “Our choices do count. Our voice and vote do count. If we don’t speak up at Starbucks and if we don’t speak up across the backyard fence, if we don’t write letters to the editor when we read things in the newspaper, then we are pushing culture the other way.”
Eareckson Tada asserted that everyone has a role to play on society’s great political debates and if Christians don’t speak up then “we are enabling our culture to be worse, to be even more waywardly.”

Yes exactly right: “Our choices do count. Our voice and vote do count”. But in order to make a difference we have to get involved. There is no way Christians can just sit this one out, or any of the other key moral and cultural debates of our day.

Far too many Christians sought to sit out the slavery debate, while biblical Christians like Wilberforce fully engaged – for nearly all of his adult life. Today millions of Blacks are so very grateful for the involvement of people like Wilberforce.

And we need the same sort of people today; those who are willing to stand up for what is right, and challenge that which is wrong. That is the crying need of the hour. That is what the church of Jesus Christ needs to return to.

Let me conclude with a few quotes from some great activists of the past about these matters:

“I am only one, but I am one. I cannot do everything, but I can do something. And that which I can do, by the grace of God, I will do.” D. L. Moody

“I alone can’t change the world. But I can cast a stone across the waters to create many ripples.” Mother Teresa

“There may be times when we are powerless to prevent injustice, but there must never be a time when we fail to protest.” Holocaust survivor Elie Wiesel

“Unless a man becomes the enemy of an evil, he will not even become its slave but rather its champion.” G. K. Chesterton

“Those who don’t fight evil hate those who do.” Dennis Prager

“Our culture, society, government, and law are in the condition they are in, not because of a conspiracy, but because the church has forsaken its duty to be the salt of the culture.” Francis Schaeffer

“The time is always right to do what is right.” Martin Luther King

“When I’m out of politics I’m going to run a business, it’ll be called rent-a-spine.” Margaret Thatcher

“Speak out for those who cannot speak. Who in the church today realises that this is the very least that the Bible requires of us?” Dietrich Bonhoeffer

“Evil is powerless if the good are unafraid.” President Ronald Reagan

“You are the salt not the sugar candy; something the world will spit out, not swallow.” Charles Spurgeon

“The people who know their God will display strength and take action.” Daniel 11:32

9 Replies to “Christians and the Culture Wars: Time To Engage”