That we can all learn heaps from the Apostle Paul of course goes without saying. He wrote a quarter of the New testament and was under divine inspiration as he did so. Thus all his writings are a constant source of teaching, edification and spiritual nourishment.

I have just read again his farewell speech to the elders at Ephesus and was struck once more by the theological, spiritual and pastoral depths of just this short passage. The account of this farewell is found in Acts 20:13-28, with his actual speech found in verses 17-35. 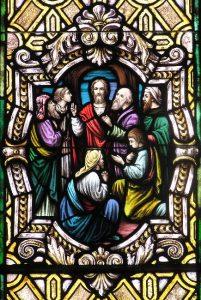 While we need the whole counsel of God (as Paul says in v. 27, which means all the Bible – both Old and New Testaments), just this one section of Scripture contains so many wonderful truths and vital principles. There is so much packed into this speech that it is well worth examining in detail.

James Montgomery Boice offers us this helpful introduction to this vital portion of Scripture:

To anybody who has an interest in Paul as a person, the twentieth chapter of Acts is a delight. This is because we see him in two different but very important lights. We see him in public at Troas, leading the worship of the church. Then we see him in a private setting, meeting with the Ephesian elders at Miletus, a little town about twenty or thirty miles south of the Asian capital. This section is known as “Paul’s farewell to the Ephesian elders, and it has three parts: Paul’s personal testimony before the elders, his specific charge to them, and his prayer on their behalf.

Paul begins by describing his life with them in v. 19: “I served the Lord with great humility and with tears and in the midst of severe testing by the plots of my Jewish opponents.” Bear in mind he had been in Ephesus for two years. His ministry was characterised by humility, tears and strong opposition.

That sounds like a good description of what our ministry should be like. It should spring out of being on our knees before God. It should involve God’s heart for others, and it WILL entail resistance, opposition and attacks by those who are not responsive to the gospel message.

Verse 27, as mentioned, is where Paul speaks about proclaiming the whole counsel of God. He never would pick and choose to satisfy his hearers. He spoke all of God’s truth, regardless of how unpalatable some of it might have been. And that included the ever-present reality of suffering, hardship and persecution.

Verses 22-27 highlight this truth. He even tells them that the Holy Spirit has warned him of all the opposition and trials he will face when he goes to Jerusalem. So any pastor or teacher who comes your way and tries to claim that you will never suffer or go through difficulties, and that you can have your best life now, is not preaching the apostolic gospel.

Nor are they preaching God’s word if they refuse to mention repentance. Paul summarises his message in v. 21 by stating that both Jews and Greeks “must turn to God in repentance and have faith in our Lord Jesus.” This is the heart of the gospel, and if these elements are missing, you do not have the biblical gospel being proclaimed.

I worry that when I stand before Christ at His judgment seat, He is going to say, “R.C. what did you keep back? What were you afraid to preach? How much of My counsel did you declare to the people under your care? It was your task when I consecrated you to hold nothing back, to proclaim the whole counsel of God.” I try to be sure to hold nothing back by doing expository preaching, the setting forth of the text of Scripture. Expository preaching puts inhibitions on the pastor from riding his own hobbyhorse, and it has its foundation in apostolic preaching. Paul preached it all. He didn’t just preach the love of God. He also preached God’s mercy, grace, and wrath. He called people to repentance.

A vitally important part of his farewell address is the strong warning he presents in verses 28-31. It is worth offering here:

Keep watch over yourselves and all the flock of which the Holy Spirit has made you overseers. Be shepherds of the church of God, which he bought with his own blood. I know that after I leave, savage wolves will come in among you and will not spare the flock. Even from your own number men will arise and distort the truth in order to draw away disciples after them. So be on your guard! Remember that for three years I never stopped warning each of you night and day with tears.

This certainly seems to describe the situation we find today in the church in the West in the 21st century. But it has always been this way. Jesus too often warned about false teachers and false shepherds. This is always a reality we must bear in mind, and take steps to deal with.

John Stott says some wise words in this regard:

The shepherds of Christ’s flock have a double duty: to feed the sheep (by teaching the truth), and to protect them from wolves (by warning of error). As Paul put it to Titus, elders must hold firm the sure word according to the apostolic teaching, so that they would be able both “to give instruction in sound doctrine and also to confute those who contradict it” (Titus 1:9). This emphasis is unpopular today. We are frequently told always to be positive in our teaching, and never negative. But those who say this have either not read the New Testament or, having read it, they disagree with it. For the Lord Jesus and his apostles refuted error themselves and urged us to do the same. One wonders if it is the neglect of this obligation which is a major cause of today’s theological confusion. If, when false teaching arises, Christian leaders sit idly by and do nothing, or turn tail and flee, they will earn the terrible epithet ‘hirelings’ who care nothing for Christ’s flock (John 10:12ff). Then too it will be said of believers, as it was of Israel, that ‘they were scattered, because there was no shepherd, and…they became food for all the wild animals’ (Ezekiel 34:5).

His final words in verses 32-35 are equally important and so very applicable to Christian leaders today. He commends them to “God and to the word of his grace,” and reminds them of how he lived among them. He was not there seeking their gold and silver, he worked hard to supply his own needs, and he insisted in helping the weak and less fortunate.

What a stark contrast to so many megachurch preachers and teachers today who seem to be fixated on money. They are forever appealing for tithes, for giving, for donations, and many end up living in mega-mansions with their own private jets, and so on.

Quite the contrast to the Apostle Paul. He knew all about poverty, hardship, being destitute and being in want. Sure, he could glorify God both in plenty and in need. But he never put a price on the gospel. He never charged for his services. He never made getting rich the core of his message, as so many today do.

This lesson alone is worth reading his address over and over. So many church leaders stumble at this point. But they need not, since Paul dealt with all this two thousand years ago. We need to read Paul, take heed to what he has said, and make sure we apply his biblical truths to our own lives and ministries.

So I encourage you to go back and reread Acts 20 – or if need be, read it for the very first time. And meditate on it and pray over it. Especially if you are any sort of Christian leader or pastor, you need to get God’s heart on Christian ministry. And we find this clearly illuminated in Paul’s own heart and his own ministry.

3 Replies to “Gems from the Apostle Paul”