I have said it before: one of the best ways to grow in your Christian faith, to be inspired, to be challenged, and to be renewed, is to read about the great Christian men and women of the past. I believe it is essential that all Christians read biographies and autobiographies of the great saints.

As A. W. Tozer once said, “Next to the Holy Scriptures, the greatest aid to the life of faith may be Christian biographies.” In an earlier article on this topic I spoke about setting the bar high. I said:

With Jesus Christ as our ultimate standard, and his command that we be perfect as our Father in heaven is perfect (Matthew 5:48), every single Christian has the bar set as high as it can go. But sadly most Christians don’t even consider this standard, and don’t care about raising their own bar. They are far too satisfied with a nominal, mediocre life. They look at other nominal, mediocre Christians and think that this is the way the Christian life is.

They simply compare themselves with one another and never get a vision of something better, something greater, something more pleasing to God. These folks need to raise the bar. There are various ways we can do this, but one way which helped me very early on in my Christian life was to read biographies, autobiographies and stories of great men and women of God.
billmuehlenberg.com/2015/04/15/time-to-raise-the-bar/ 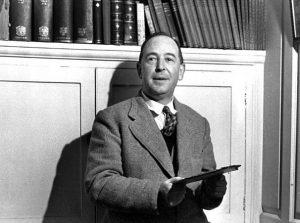 Over the years I have featured and reviewed many of these stirring and inspirational biographies. Here I just want to list 50 of these Christian champions that you should be aware about. Around half of them I have already looked at in detail in my Notable Christians series: billmuehlenberg.com/category/christianity/notable-christians/

The other half I hope to cover soon. And I may eventually turn all of this into a book. So let me just mention these folks, when they lived, and provide a very brief blurb about them. Those featured here are somewhat recent Christians – those mainly from the past few centuries, but some going back almost 500 years.

If I had gone back any further, the list would have been much too long. There would be Augustine and Aquinas, Luther and Calvin, and so many more. Thus this list features somewhat more recent men and women of God who are important and significant figures.

There are many different sorts of Christians highlighted here: pastors, writers, missionaries, theologians, apologists, church leaders, scholars, poets, novelists and so on. But all have made a difference, and all have a wonderful testimony and story to tell.

Needless to say, such a list obviously reveals my own biases. I write as a Protestant evangelical, so most folks featured here fall into that camp. But I have included some Catholics and others as well, so hopefully everyone will find some names of interest here.

Most of these 50 Christians happen to be those I turn to again and again for inspiration, encouragement and a challenge. Whenever a new book by or about them comes out, I tend to snatch it up. Since my interests lie in the areas of theology, ethics, apologetics, and the prophetic, cross-lived life, it is not surprising that the men and women featured here fall into those camps.

Here then are my 50. Many others could be featured here. I only arrange them by chronological order (based on when they died).

William Booth 1829-1912 British social reformer and evangelist, founder of the Salvation Army along with his wife Catherine

John Stam 1907-1934 He and his wife Betty were American missionaries in China, both martyred by the communists

Francis Schaeffer 1912-1984 American intellectual, apologist and pastor, known for the work of L’abri in Switzerland

Helen Roseveare 1925-2016 English missionary to the Congo, doctor and author

Yes I know, so many more great Christians could be listed here, as I already mentioned. You likely have many other names you would want to see included here. The number of godly men and women to be aware of and write about really is endless. Therefore, more lists will have to be forthcoming, so stay tuned.

There are plenty of books that have lists of famous Christians. I have simply grabbed 15 of these off my shelves and I list them here, alphabetically:

28 Replies to “50 Incredible Christians You Really Should Know About”