Did you know that one of the greatest, most loved, and most influential preachers of all times not only suffered greatly in the flesh, but in spirit as well? His physical ailments were outdone by mental and emotional ailments such as lengthy battles with depression, leaving him at times despondent and suicidal.

When most folks think of Spurgeon, they think of the jovial, witty, clever, humorous and likeable preacher. He was all that and more, but he also suffered greatly both in body and soul. He suffered as much as any great man of God, and that suffering made him who he was.

He may be known as the “Prince of Preachers,” but it may be this was because he was also the prince of pain. He believed that God was involved in his sufferings and that they were not a waste – they were working an eternal weight of glory. Because Spurgeon suffered much, he had much to say about suffering. Some general remarks of his about suffering include the following: 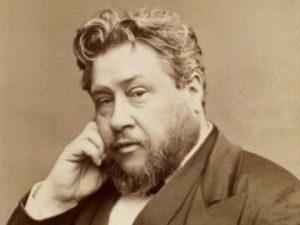 “I pity a dog who has to suffer what I have.”

“I am afraid that all the grace that I have got of my comfortable and easy times and happy hours, might almost lie on a penny. But the good that I have received from my sorrows, and pains, and griefs, is altogether incalculable…. Affliction is the best bit of furniture in my house. It is the best book in a minister’s library.”

“Mark then, Christian, Jesus does not suffer so as to exclude your suffering. He bears a cross, not that you may escape it, but that you may endure it. Christ exempts you from sin, but not from sorrow. Remember that, and expect to suffer.”

“There is no university for a Christian like that of sorrow and trial.”

“The Lord gets his best soldiers out of the highlands of affliction.”

“The Lord frequently appears to save his heaviest blows for his best-beloved ones; if any one affliction be more painful than another it falls to, the lot of those whom he most distinguishes in his service. The gardener prunes his best roses with most care.”

“The Lord’s mercy often rides to the door of our heart upon the black horse of affliction.”

And from a 1859 sermon, “The Sweet Uses of Adversity” he said this: “God is chiselling you, making you into the image of Christ. None can be like the Man of Sorrow unless they have sorrows too.”

For much of his ministry he suffered from various physical ailments, including gout, rheumatism and Bright’s Disease. In his later years especially, the pain in his joints was such that standing in the pulpit was a very painful experience, and he often had to kneel on a chair as he preached.

But he believed that God was involved in all his afflictions, even in his physical ailments, and he knew that like his master, he was not above such suffering. He had much to say on all this:

“I bear witness that some of the best things I have ever learned from mortal lips, I have learned from bedridden saints!”

“‘I have chosen thee in the furnace of affliction’ – This has long been the motto fixed before our eye upon the wall of our bed chamber, and in many ways it has also been written on our heart. It is no mean thing to be chosen of God. God’s choice makes chosen men choice men. . . . We are chosen, not in the palace, but in the furnace. In the furnace, beauty is marred; fashion is destroyed, strength is melted, glory is consumed; here eternal love reveals its secrets, and declares its choice. So has it been in our case . . . Therefore, if today the furnace be heated seven times hotter, we will not dread it, for the glorious Son of God will walk with us amid the glowing coals.”

“I venture to say that the greatest earthly blessing that God can give to any of us is health, with the exception of sickness. Sickness has frequently been of more use to the saints of God than health has. . . . A sick wife, a newly-made grave, poverty, slander, sinking of spirit, might teach lessons nowhere else to be learned so well. Trials drive us to the realities of religion.”

“I know of no one who could, more sweetly than my dear father, impart comfort to bleeding hearts and sad spirits. As the crushing of the flower causes it to yield its aroma, so he, having endured in the long-continued illness of my beloved mother, and also constant pains in himself, was able to sympathize most tenderly with all sufferers.”

As we read in Spurgeon’s autobiography (vol. 2, p. 414): “Undergirding all Spurgeon’s experience in suffering was his conviction that his ill-health was God’s gift. He gained from illness a wealth of knowledge and sympathy which he could not have gained elsewhere. In the realms of sorrow he was blessed.”

As mentioned, Spurgeon struggled with deep bouts of depression for much of his life. And much of it may be attributable to a horrific experience he had to endure when he was still very young and relatively new to the ministry. It happened on the evening of October 19, 1856.

His preaching was attracting such large followings that ever newer, bigger venues were needed. Spurgeon preached at a new meeting place that evening with some 10,000 people within and another 10,000 outside: the Surrey Gardens Music Hall. Malicious cries of “fire” all of a sudden rang out, and a panic and stampede ensued.

When it was all over seven people had died and another 28 were seriously injured. The grief and sorrow over the tragedy at Surrey Gardens when he is a mere 22 years old stayed with him throughout his ministry. And like many others, his life was constantly assailed by vocal critics, opponents and enemies.

He constantly had to deal with ugly criticism, abuse and derision, often from other church leaders. Newspapers and church papers often printed malicious attacks on him and vexatious slander about him. As he wrote in 1857, “Down on my knees have I often fallen, with the hot sweat rising from my brow under some fresh slander poured upon me; in an agony of grief my heart has been well-nigh broken.”

All this added to his constant despondency and depression. Often he found himself weeping like a baby. He spoke much of his psychological suffering, knowing that he was able to give comfort to others in the same boat. Recall the words of Paul in 2 Corinthians 1:3-7:

Praise be to the God and Father of our Lord Jesus Christ, the Father of compassion and the God of all comfort, who comforts us in all our troubles, so that we can comfort those in any trouble with the comfort we ourselves have received from God. For just as the sufferings of Christ flow over into our lives, so also through Christ our comfort overflows. If we are distressed, it is for your comfort and salvation; if we are comforted, it is for your comfort, which produces in you patient endurance of the same sufferings we suffer. And our hope for you is firm, because we know that just as you share in our sufferings, so also you share in our comfort.

That is how Spurgeon saw things. He knew many others were going through the deep waters of depression and despondency, so his own experiences in this could be used to help others. As he said in one sermon:

“Some of you may be in great distress of mind, a distress out of which no fellow-creature can deliver you. You are poor nervous people at whom others often laugh. I can assure you that God will not laugh at you; he knows all about that sad complaint of yours, so I urge you to go to him, for the experience of many of us has taught us that, ‘the Lord is gracious and full of compassion’.”

Many other quotes can be offered here. Let me offer just a few more:

“Knowing by most painful experience what deep depression of spirit means, being visited therewith at seasons by no means few or far between, I thought it might be consolatory to some of my brethren if I gave my thoughts thereon, that younger men might not fancy that some strange thing had happened to them when they became for a season possessed by melancholy; and that sadder men might know that one upon whom the sun has shone right joyously did not always walk in the light.”

“When I first became a pastor in London, my success appalled me; and the thought of the career which it seemed to open up, so far from elating me, cast me into the lowest depth, out of which I uttered my misery, and found no room for a Gloria in excelsis.”

“The road to sorrow has been well trodden – it is the regular sheeptrack to heaven, and all the flock of God have had to pass along it.”

“Some of us are marked by melancholy from the moment of our birth,”

“No sin is necessarily connected with sorrow of heart, for Jesus Christ our Lord once said, ‘My soul is exceeding sorrowful, even unto death.’ There was no sin in Him, and consequently none in His deep depression.”

“Just now, when anguish fills the heart, and the spirits are bruised with sore pain and travail, it is not the best season for forming a candid judgment of our own condition, or of anything else; let the judging faculty lie by, and let us with tears of loving confession throw ourselves upon our Father’s bosom, and looking up into his face believe that he loves us with all his infinite heart. “Though he slay me yet will I trust in him,” — be this the one unvarying resolve, and may the eternal Spirit work in us a perfect acquiescence in the whole will of God, be that will what it may.”

In sum, we need to develop a theology of suffering. Spurgeon knew all about this, as did so many other great saints of God. And we have a model to follow in all this – the suffering servant. Christ provides an example for all believers. As Peter said in 1 Pet. 2:21: “For to this you have been called, because Christ also suffered for you, leaving you an example, so that you might follow in his steps.”

21 Replies to “Spurgeon and Suffering”