This new book by Michael Brown is an important and timely read:

Sadly too many Christians have little time for, or interest in, the Old Testament. But they ignore it at their own peril. As Paul said in 1 Corinthians 10, we need to learn the lessons found therein, including the need to flee immorality and idolatry. 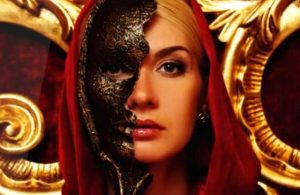 For those who are conversant with it, you would know of the story of the evil Queen Jezebel, married to the wicked King Ahab. We read about them in 1 & 2 Kings. But we have one New Testament reference to her. Jesus says this in Revelation 2:20: “But I have this against you, that you tolerate that woman Jezebel, who calls herself a prophetess and is teaching and seducing my servants to practice sexual immorality and to eat food sacrificed to idols.”

It is likely that the spirit of Jezebel is what Jesus is referring to. And that is the topic of this new book by Michael Brown. He is very well placed to write such a volume. The American Messianic Jew is an Old Testament scholar, a lover of the people of God, a culture warrior, and one deeply concerned about the fate of America and the West.

In 200 pages he describes the Jezebel Spirit in some detail as witnessed in America. But most of what he says is of course equally applicable to the rest of the West. We are in a bad way, and we need to be clear on the spiritual underpinnings of all this.

Just as Jezebel sought to stand against Yahweh, kill the prophets, and fully oppose ancient Israel, so too the Jezebel Spirit is alive and well today, attacking the people of God and assaulting faith, family and freedom in the West. Indeed, for those who are both culturally conversant today, and biblically informed, the parallels are ominous.

Today we are awash in sexual immorality, perversion, idolatry, baby-killing, radical feminism, the emasculation of men, the occult and witchcraft, and cultural decline. Says Brown, “Jezebel has the same mission: to transform the spiritual fabric of the nation and turn us away from God.”

There is so much that is in common here. Jezebel was the daughter of a Phoenician king. They were into child sacrifice, and took their evil worship practices to Carthage in northern Africa. We have archaeological evidence of just how horrific these practices were, and how many lost their lives in this pagan worship.

Modern-day abortion is of course so very similar. Today we worship the gods of choice, convenience and career. And we kill even more innocent children. And just as Israel ended up copying the same pagan practices and slaughtered their own children, how many churches today actually champion abortion on demand as some sort of God-given right?

Says Brown, “Idolatry and immorality are joined at the hip. And as America has become increasingly idolatrous, worshipping many gods other than Yahweh, our nation has plunged headlong into sexual immorality. We are a ‘free’ people who are increasingly enslaved.”

Related to these matters is the neutering of men. We are emasculating men as we push radical feminism, the homosexual agenda, and the new trans madness. Now all we hear about is “toxic masculinity” and the war on all things male.

Sure, in Christ there is neither male nor female, but that does not mean we should go along with the attempt to remove all differences between the sexes. The push for radical androgyny of the 60s has now come full circle in the gender bender revolution. God made us as either male or female – Jezebel wants a million shades of grey instead.

Or as Brown puts it, “This is the spirit of Jezebel: First seduce the man. Then emasculate him. Then eradicate him.” This full-scale attack on the sexes and sexual differences is nothing less than an assault on what it is to be human. And since we are made in God’s image, this is an attack on God as well.

In the book there is also a chapter discussing the worrying rise in witchcraft, sorcery, the occult, and the demonic. Everywhere in the West superstition and counterfeit spiritualities are on the rise – all the while as we see the decline of Christianity.

Jezebel in the OT especially waged war against the prophets – notably Elijah. She knew that if she could silence – or better yet, eliminate – them, she would have easy access to all of Israel, and her war against God’s people would prevail. The same is true today. The Jezebel Spirit is hard at work targeting God’s leaders and prophetic voices.

And if godly leaders and pastors are not being taken down by attacks from without, they are being immobilised and wiped out from within. As to the latter, Brown notes how many churches only want to hear happy and feel-good messages, and how they are rejecting the prophetic voices amongst us.

Those who warn and sound the alarm, and those who champion God’s holiness and his pending judgment are spurned and rejected. That was par for the course in ancient Israel, and it is certainly the case now. “Today in our pulpits there is often so little sobriety, so little fear of God, so little conviction. The preacher must entertain. The sermon must be off the charts. The people must leave smiling. Always. Only.”

Brown also notes that we might have some parallels even with president Trump. While Elijah had to basically single-handedly take on Jezebel, King Jehu, an alpha male, also had to confront her. Brown asks if God may have raised up Trump to do a similar sort of task: withstand the Jezebel Spirit.

Of course he is far from a perfect vessel, but so too was Jehu. God used the latter for his purposes, and he may well be using Trump as well for similar purposes. “Trump, like Jehu before him, has brought Jezebel out of the shadows, as the radical feminists rage against him in the streets and the witches curse him in their covens.”

The book concludes with chapters on how to defeat Jezebel in your personal life and on a national level. As to the former, he offers four steps: do not fear; give no place to Jezebel in your life; put on the divine armour; and stand in the joy of the Lord. As to the latter, he presents us with five steps: give ourselves to prayer; let the prophets speak; push back; learn what we can from Trump; and let men regain their manhood.

This book is a quick and easy read, but it provides hardcore spiritual truths that we dare not lose sight of. Thank you Michael for this timely volume, and may it be read far and wide, and result in some clear wins for the Kingdom.

(Australians can find this book at Koorong: www.koorong.com/product/jezebels-war-with-america-the-plot-to-destroy_9781629996660?ref=https%3A%2F%2Fwww.koorong.com%2F )

8 Replies to “A Review of Jezebel’s War With America. By Michael Brown.”