It is shocking how often we ignore crucial warnings, until it is too late:

History is full of tragedies and catastrophes because of warnings that have gone unheeded. Numerous warnings are given about various things, but when they fall on deaf ears, all sorts of bad results can happen. We find this happening over and over again. It seems we will just not learn.

Sure, some things can happen just out of the blue, and no prior warning is possible. But we do try to help people to be prepared for certain things, including natural disasters. Thus we have advanced warning systems in place to try to help us be alerted to things like impending earthquakes or tsunamis or tornadoes. 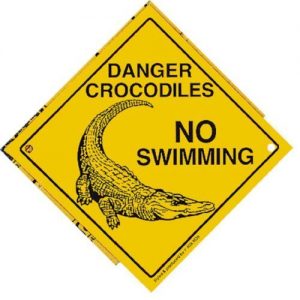 But many things that humans do that result in so much damage and destruction have been warned about – sometimes years earlier. But it seems that we prefer to ignore the warnings and just pretend that everything is just business as usual. Let me look at different sorts of unheeded warnings.

There would be all sorts of examples of this that we could highlight. Let me offer just a few of them. A classic example would be what took place on December 7, 1941: the Japanese attack on Pearl Harbor. A number of people had made warnings about Japanese assaults on the US. For example, General William ‘Billy’ Mitchell had warned that Japan would launch attacks on America – including Hawaii. And an older news report discusses warnings that were rejected:

Evidence has emerged showing that President Franklin D. Roosevelt was warned three days before the attack that the Japanese empire was eyeing up Hawaii with a view to “open conflict.” The information, contained in a declassified memorandum from the Office of Naval Intelligence, adds to proof that Washington dismissed red flags signalling that mass bloodshed was looming and war was imminent. www.telegraph.co.uk/news/worldnews/northamerica/usa/8932197/Pearl-Harbour-memo-shows-US-warned-of-Japanese-attack.html

A more recent attack also seems to have been warned about – but to no avail. The September 11, 2001 attacks on the World Trade Center and the Pentagon was not a complete surprise. For example, FBI agent John O’Neill was keeping a close eye on Islamic terrorism in general and Al-Qaeda and Osama bin Laden in particular.

His many warnings seemed to annoy some of the powers that be, and he was forced out of the FBI in August 2001. Even then, he warned that the Twin Towers would still be the focus of terrorist attacks. And the rest is history, with his warnings ignored, and some 3000 Americans murdered – himself included. A few years later a book was written about the man.

And warnings can be about not just national dangers, but about much more personal threats. A friend was just telling me of the dangers of crocodiles in the north of Australia. Plenty of signs are posted there warning people to stay well away, but still we have one person after another ignoring the warnings, only to become lunch for large, hungry crocodiles.

Obviously, the Bible itself offers us many warnings – many of which are tragically ignored. Let me offer just a few of them. Way back in Genesis 6:1-8 we have the warning about God’s great displeasure in the human race and how judgment is coming soon.

Recall what we learn about Noah in 2 Peter 2:5 where he is called “a preacher of righteousness.” He had many decades to warn others about the coming judgment of God, but only his household of eight people made it as the flood ravaged the earth.

And the OT prophets constantly warned Israel about judgment to come, but the people routinely ignored and despised such words. Indeed, God had even warned Jeremiah that the people would refuse to listen, but that he must continue to make the warnings nonetheless – decade after decade.

In the New Testament we have other warnings. In Matthew 23:37 Jesus says this: “Jerusalem, Jerusalem, you who kill the prophets and stone those sent to you, how often I have longed to gather your children together, as a hen gathers her chicks under her wings, and you were not willing.”

And of course we have numerous warnings about the return of the Lord, and how we must all be prepared for his Second Coming. As Jesus said in Matthew 24:44, “Therefore you also must be ready, for the Son of Man is coming at an hour you do not expect.”

Warnings in the culture wars

We also have so many warnings concerning the culture wars that we find ourselves in. I and others have made such warnings for decades, but far too often they seem to have fallen on deaf ears. I just told around 300 people over the weekend that we have time and time again failed to heed the warnings that have been given about what the secular left has in store for us.

I could point to hundreds of articles on this site alone where warning after warning has been given, be it about the homosexual agenda, the implications of legalising homosexual marriage, or where the new PC intolerance culture is taking us. I have offered so many case studies already of Christians being fined, fired or jailed in the West for standing for biblical truth, but most believers live as if none of this is happening.

Let me finish by highlighting the warnings of one brave woman. She had survived the Nazi occupation of Austria and now warns Americans that such tyranny is still a very real threat today. Let me quote just a few snippets from one piece on her:

Kitty Werthmann survived Hitler. “What I am about to tell you is something you’ve probably never heard or read in history books,” she likes to tell audiences. “I am a witness to history. I cannot tell you that Hitler took Austria by tanks and guns; it would distort history. We voted him in….”

“Nothing was ever said about persecution of any group – Jewish or otherwise. We were led to believe that everyone in Germany was happy. We wanted the same way of life in Austria. We were promised that a vote for Hitler would mean the end of unemployment and help for the family. Hitler also said that businesses would be assisted, and farmers would get their farms back. Ninety-eight percent of the population voted to annex Austria to Germany and have Hitler for our ruler.

She then speaks about the nationalisation of the banks, of education, of health care and the absolute menace of socialism. She then says this:

“Next came gun registration. People were getting injured by guns. Hitler said that the real way to catch criminals (we still had a few) was by matching serial numbers on guns. Most citizens were law abiding and dutifully marched to the police station to register their firearms. Not long afterwards, the police said that it was best for everyone to turn in their guns. The authorities already knew who had them, so it was futile not to comply voluntarily. No more freedom of speech. Anyone who said something against the government was taken away. We knew many people who were arrested, not only Jews, but also priests and ministers who spoke up.”

“Totalitarianism didn’t come quickly, it took 5 years from 1938 until 1943, to realize full dictatorship in Austria. Had it happened overnight, my countrymen would have fought to the last breath. Instead, we had creeping gradualism. Now, our only weapons were broom handles. The whole idea sounds almost unbelievable that the state, little by little eroded our freedom.”

“This is my eye-witness account. It’s true. Those of us who sailed past the Statue of Liberty came to a country of unbelievable freedom and opportunity. America truly is the greatest country in the world. Don’t let freedom slip away. After America, there is no place to go.” www.beliefnet.com/columnists/on_the_front_lines_of_the_culture_wars/2011/04/she-survived-hitler-and-wants-to-warn-america.html

You can see a 43-minute video of her story here: www.youtube.com/watch?v=Mr9777ugCiM

I spoke this weekend about cultural Marxism and how the incremental approach is the main strategy. Instead of a full-on assault on all that we hold dear, the other side is involved in the ‘long march through the institutions”. They are slowly and subtly taking over from within.

As with the frog put in a pot of water, with the heat slowly turned up until it is too late and it dies, we are having our culture white-anted from within, but most folks have no clue this is even happening. Bit by bit, piece by piece, we are losing our basic freedoms, and we are inexorably heading to Big Brother statism.

The only question is, will people heed our warnings? If recent history is anything to go by, I am not very hopeful. But I for one will keep sounding the alarm. I want to be able to say with Ezekiel that I have fulfilled my duties in this regard, and blood is not on my hands (see Ex. 3 and 33).

11 Replies to “Warnings Given, Warnings Unheeded”