More evidence that too many Christians think and act like pagans:

Obviously, this ought not to be. Christians are commanded to be world-transformers, not world-imitators. As the Apostle Paul put it in Romans 12:2: “Do not be conformed to this world, but be transformed by the renewal of your mind, that by testing you may discern what is the will of God, what is good and acceptable and perfect.” 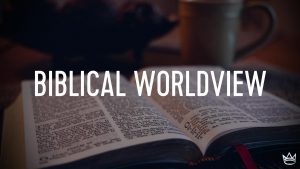 Or as the J. B. Phillips New Testament famously put it: “Don’t let the world around you squeeze you into its own mould, but let God re-mould your minds from within, so that you may prove in practice that the plan of God for you is good, meets all his demands and moves towards the goal of true maturity.”

Sadly, most Christians seem to have rejected this command of Paul – and others like it. They far too much think like pagans, act like pagans, and share the same values as pagans. It is pretty hard for non-Christians to become attracted to Christ if his followers are almost indistinguishable from the world. No wonder the church in the West is having so little impact.

I have provided plenty of examples of this over the years. We see it all around us. But there are other ways to measure this. One is an annual survey put out by American Christian researcher Dr. George Barna, along with the Cultural Research Center at Arizona Christian University.

They have just released their seventh American Worldview Inventory 2020 which seeks to ascertain how many adults have a biblical worldview. And the results are not very reassuring. You can see for yourself what the findings are in their five-page statement: www.arizonachristian.edu/wp-content/uploads/2020/06/AWVI-2020-Release-07-Perceptions-of-Value-of-Life.pdf

Let me offer the opening paragraphs of this report:

As our nation’s biblical foundations continue to erode, Americans’ understanding of the fundamental nature of humanity and the value of human life is shifting significantly—with a large majority of Americans today believing that human beings are “basically good,” and less than 40% seeing human life as having intrinsic value or as being “sacred.” Although they conflict with traditional biblical teaching, these views increasingly have permeated well beyond the secular culture to all but the most conservative, deeply religious segments of American society.

According to new research from the Cultural Research Center at Arizona Christian University, the majority of Americans no longer believe that human life has intrinsic value, with six out of ten rejecting the idea that “human life is sacred.” Only 39% of Americans today view human life as “sacred,” or as having unconditional, intrinsic worth.

Only a few conservative, deeply religious groups continue to claim a majority who view human life to be “sacred.” These include adults with a biblical worldview (93%); those attending an evangelical church (60%); born-again Christians (60%); political conservatives (57%); people 50 or older (53%); and Republicans (53%). Some religious groups had only a minority who viewed life as sacred, including those attending Pentecostal (46%), mainline Protestant (45%), or Catholic (43%) churches.

The research also shows that almost seven out of ten—a whopping 69%—of Americans see human beings as “basically good.” This view is so pervasive that a majority of every population subgroup examined adopted that view, ranging from just over half to more than three-quarters of those groups. The segment least likely to say “people are basically good” are people with a biblical worldview (52%).

That non-Christians would think so non-biblically should not surprise us. They are simply doing what pagans do. But that those claiming to be Christians would also have such substandard understandings of basic biblical truths is a real worry indeed.

As to the issue of mankind being basically good, that is the stuff of secular humanism and related worldviews, but not the deductions of the biblical testimony. Most of these non-Christian ideologies and philosophies teach us that man is fundamentally good, but it is external factors like ‘society’ that corrupt and dehumanise us.

It is an optimistic view of man which believes we are continuously improving. As one French psychologist put it a century ago, “Every day, in every way, I’m getting better and better.” This goes back to Enlightenment thought in which a profound belief in progress coupled with scientific advancement led many to believe that we were all heading for a coming utopia.

Consider a few quotes on this. Enlightenment essayist Alexander Pope said, “Know then thyself. Seek not God to scan. The proper study of mankind is man.” Education, knowledge, and especially science, would save the day. Pope again: “Nature and nature’s laws lay wrapped in night. God said ‘Let Newton be!’ and all was light.”

The French Enlightenment humanist Condorcet proudly put it this way: “No bounds have been fixed to the improvement of the human race. The perfectibility of man is absolutely infinite.” Or as Francis Bacon put it, “Conquer nature, relieve man’s estate.”

But all this runs against the real world, and against biblical realism. While we are all made in the image of God (which explains our inherent worth and dignity), we are also all fallen. We are all sinners who exist for self, and not for God and others.

The biblical record on our sinful, selfish state is clear, as is the need for outside help. We are lost sinners who cannot save ourselves. That is why Christ came. As the late Christian apologist Ravi Zacharias put it, “Jesus did not come into this world to make bad people good. He came into this world to make dead people live. Those who were dead to God were to be made alive to Him through the work of the Holy Spirit.”

But far too many folks, including far too many Christians, think otherwise. For more on the biblical data concerning our wretched condition apart from Christ, see this for example: billmuehlenberg.com/2013/11/24/our-spiritual-human-slavery/

It is the same when it comes to the sanctity of human life. The Bible is clear on this, yet how many Christians actually have no problems with things like abortion and euthanasia? They are not thinking like Christians, but like those of the surrounding culture.

I cannot here go into the full biblical case for the sanctity of human life, especially in relation to the two ethical hot potato issues just mentioned. But for those who want more on this my two books on these matters can be consulted:

So this recent survey is just another sad indication of how far those claiming to be Christians have fallen from biblical truth into worldly relativism. The biblical worldview is almost non-existent among far too many professing believers today. And we are all paying a hefty price for this.

To conclude, what Charles Colson said in the introduction to his superb 1999 volume, How Now Shall We Live? is well worth sharing here:

The church’s singular failure in recent decades has been the failure to see Christianity as a life system, or worldview, that governs every area of existence. This failure has been crippling in many ways. For one thing, we cannot answer the questions our children bring home from school, so we are incapable of preparing them to answer the challenges they face. For ourselves, we cannot explain to our friends and neighbours why we believe, and we often cannot defend our faith. And we do not know how to organize our lives correctly, allowing our choices to be shaped by the world around us. What’s more, by failing to see Christian truth in every aspect of life, we miss great depths of beauty and meaning: the thrill of seeing God’s splendor in the intricacies of nature or hearing his voice in the performance of a great symphony or detecting his character in the harmony of a well-ordered community.

Most of all, our failure to see Christianity as a comprehensive framework of truth has crippled our efforts to have a redemptive effect on the surrounding culture. At its most fundamental level, the so-called culture war is a clash of belief systems. It is, as Kuyper put it, a clash of principle against principle, of worldview against worldview. Only when we see this can we effectively evangelize a post-Christian culture, bringing God’s righteousness to bear in the world around us.

11 Replies to “Are We Christians Or Secular Humanists?”