We all have an area of influence – what is yours?

When I speak or write about some of the culture wars, spiritual flash points, and various battles Christians are involved in, I am asked quite often by concerned believers, ‘But what can I do?’ Sometimes the battles seem to be overwhelming, or sometimes a Christian may think he has nothing to offer in any of these areas. My usual reply goes something like this: 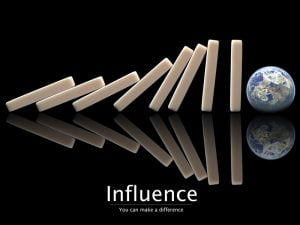 There are probably as many things that can be done as there are people. We all have our own gifts and callings that can be used, and if nothing else, we all live in a particular sphere of family and friends that no one else does. So the close relationships one person has with his own family members, his circles of friends, his workmates or classmates, etc, are largely unique to him or her, and that means God has put that person there as his immediate place of influence. I likely will never be able to reach this circle of people as easily as that person can. So that is your immediate mission field. That is your first port of call in terms of Christian service and outreach.

I speak to this again because of my current reading in 2 Corinthians. This morning I was struck by what I found in chapter 10. Three times Paul speaks about the “area of influence” he and others found themselves in (verses 13, 15 and 16). Here is how 2 Cor. 10:13-18 reads in the ESV:

But we will not boast beyond limits, but will boast only with regard to the area of influence God assigned to us, to reach even to you. For we are not overextending ourselves, as though we did not reach you. For we were the first to come all the way to you with the gospel of Christ. We do not boast beyond limit in the labors of others. But our hope is that as your faith increases, our area of influence among you may be greatly enlarged, so that we may preach the gospel in lands beyond you, without boasting of work already done in another’s area of influence. “Let the one who boasts, boast in the Lord.” For it is not the one who commends himself who is approved, but the one whom the Lord commends.

Let me briefly offer the context for this. This entire epistle is in many ways Paul’s defence of his apostolic ministry over against the false apostles. Sam Storms says this about Paul: he

refused to take credit for the labors of others. He would only speak of his ministry in that arena of influence apportioned to him, which included Corinth. When converted and called to the apostolate, God gave Paul a distinct assignment. He was to be the apostle to the Gentiles….

This doesn’t mean he was prohibited from proclaiming the gospel to Jews. In fact we know from the book of Acts that he did precisely that. But his primary task was preaching the cross of Christ among the Gentiles, which included the Corinthians.

Or as D. A. Carson writes about these false apostles:

They made it a practice to boast of work done by others (2 Cor. 10:15). We have already discovered that Paul has no objection to people who build on the foundation he lays (1 Cor. 3:10); but these intruding apostles appear to have gone well beyond that point. They probably boasted that whatever spiritual vitality the Corinthians displayed was due to their ministry—even though they were latecomers to the scene….

These petty little men could not approach the high standards that characterized Paul’s ministry; yet somehow they gave themselves such airs that they managed to seduce much of the Corinthian church. Little men can be dangerous, especially when they position themselves in such a way as to capture some stolen glory from great men, and forge it into the bangles of self-interested leadership.

So Paul is saying that there may be designated areas (in part geographical) that he and others are called to labour in. Judith Diehl in her new commentary says this:

Paul refused to overstep his boundaries when it came to time and location of his ministry. He did not encroach on another missionary’s geographic area or calling. That is, Paul was called to take the gospel of Christ to the Gentiles (Gal 1:16; 2:7–8), a calling and a commission that was confirmed by his Jewish ministry colleagues in Jerusalem (Gal 2:9)….

Harris translates the word as “domain” as a reference to one’s “assigned area” (“limits,” 10:13, 15, 16). In the same way, often pastors today are assigned to or hired by one church, or called to serve a specific limited circuit. . . . God has called people with different gifts to serve in different locations and areas of work, not unlike competitive swimmers confined to their own “lane” of movement.

(Before moving on, let me defuse that last comment a bit. Some may demur, pointing to folks like Wesley or Whitefield who went everywhere on itinerant evangelism trips, since the local churches were often not doing their jobs. I would agree with this.)

But let me return to that phrase “area of influence” which stood out to me, and offer some practical application. I did a quick look at how other translations run with the phrase. The NIV for example has three different ways it uses it:

The RSV has two main ways it translates the phrase:

As mentioned above, think of your families. In theory, the very best person to reach your own family members is you! I can share biblical truth with them of course, but no one else has such close proximity in various ways in terms of influence. So at the very least, each one of us has a particular and unique area of influence: our parents, our children, and our siblings, along with the extended family.

Consider a further practical application of this: our prayer life. I happen to have a biggish daily prayer list which keeps getting bigger. All sorts of folks are included in it, but obviously many would be my own family and friends. Many of the prayers I make each day are for salvation.

So as I pray for many of these folks to come to know Christ, it often occurs to me that it is just possible that at least for some of these people, I may be the only person on the planet who is regularly praying for them. And that is a helpful thought to keep in mind, especially when I may wonder if I am doing anything of use for Christ and the Kingdom.

Even if I were not, if I am at least keeping some people covered in daily prayer, that may be a sufficient reason to still be on planet earth. My job is not yet done. I also think that if I one day go blind so that I can no longer read and write, I may have a greater ministry in prayer. So that is part of my area of influence.

And that prayer can be extended far and wide. I find myself of late often praying daily for various politicians. Some, like Andrews and Ardern, I pray that God will improve or remove: either they get wonderfully saved and repent of their evil ways, or God takes them out of action – however he chooses.

And I am also praying quite a lot lately for some of those who sure do need prayer. President Trump is probably facing more hostile attack – including satanic attack – than any other politician. So I regularly pray for him. I pray for physical, mental, emotional and spiritual strength. I pray for his protection.

And just today on the social media I was strongly impressed to add two more champion politicians to my regular prayer list: the federal MP Craig Kelly, and the Victorian MP Bernie Finn. Every day Craig is posting fantastic stuff on the social media, and I saw him again last night on Sky News. The hate mail and abuse he gets is horrific, so I am now going to keep him covered in much needed prayer.

Also today I saw Bernie post this on the social media: “Be assured, it doesn’t matter how many cretinous lefties hurl abuse and obscenities at me, I will not be letting up in my pursuit of the most corrupt and incompetent Government in our State’s history. I owe that much to every Victorian.” I wrote there the following: “Well done Bern – I will need to keep you in my prayers”.

Other politicians could be added here. As I say, my prayer list keeps growing! I am comforted to know that for some of these much more well-known folks many Christians are praying for them. Last night as I prayed for Trump I thought about how people from all around the world were praying for him as well. And hopefully many are praying for the likes of Kelly and Finn.

But as I say, when it comes to my own immediate circle of family and friends, there may be very few indeed who are praying for them. It is quite possible that only I am holding them up in prayer – at least on a daily basis. So that is part of how I have my own “area of influence.”

As I asked in my title: What is your area of influence – especially spiritually speaking?

5 Replies to “What Is Your Area of Influence?”